Find the perfect place to stay in Krakow

Top things to do in Krakow

Attractions, tours, and activities in Krakow

Where to find art and culture in Krakow

Find a great area to stay in Krakow

Including tips for the best time to visit Krakow

Legend has it that Kraków was built on top of a dragon's cave – and there's certainly a fairytale aura throughout the city's charming squares, palaces, and cathedrals. The beautiful old town is circled by forested parkland and home to the hilltop Wawel Castle overlooking the Vistula River.

Dive into Kraków's history by visiting one of its National Museum branches that are free on Sundays, or the Kraków Historical Museum, which features an underground exhibit beneath the current Market Square. The city is also home to Collegium Maius, a striking example of 15th-century Gothic architecture and also the oldest university building in Poland. Plan a visit on a guided tour to see the ancient astronomical tools used by former student Copernicus.

As Poland's second-largest city, Kraków has a vibrant nightlife with hundreds of bars hidden in cellars and courtyards, spanning across the old town to Kazimierz and beyond. If you're traveling between the end of November and December, you'll also get to experience Poland's oldest Christmas market in the square.

About 8 miles from the city is the Wieliczka Salt Mine, an incredible series of chambers, pits, and tunnels more than 1,000 feet underground. Take a guided tour of almost a mile and a half of these subterranean corridors, then visit the onsite Saltworks Museum, which provides info about the mine's history and the salt's therapeutic properties.

Points of interest in Krakow

Stay near the top sightseeing spots in Krakow

Inspiration and insider tips for things to do in Krakow 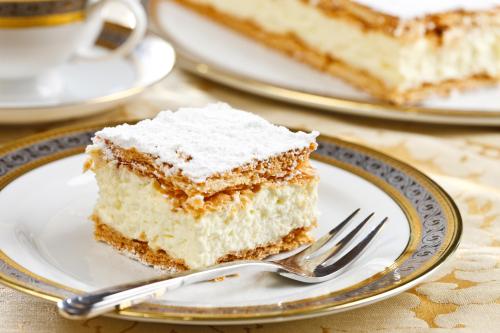 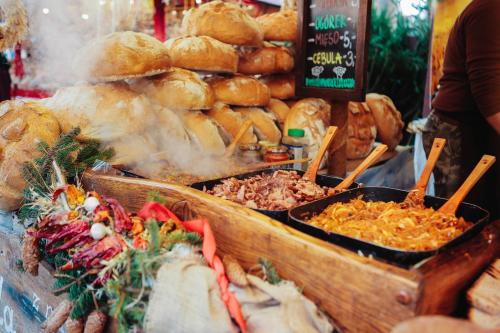 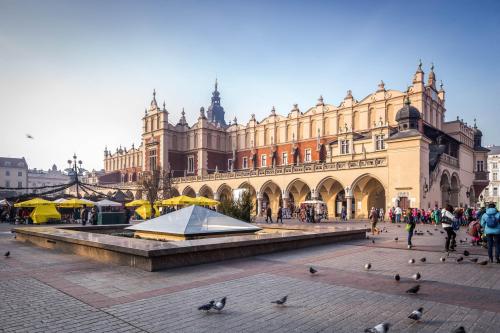 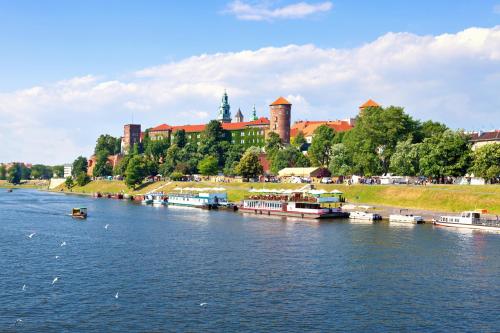 What other travelers say about Krakow

The old town of Krakow was beautiful, the people were so friendly, the city feels safe and calm. I didn't much go into the other areas - just the old town, so I can't comment on the rest of it. There are so many nice places to eat, both traditional Polish food and all other types of cuisine. Just across the road from the hotel I stayed at is a Church and by chance I saw they had a classical music concert on the night I was there (it turns out, every night) for an hour. For just 30 zloty (about £6 right now!) I listened to a fantastic concert for an hour in a gorgeous Church, playing Vivaldi, Mozart, with just such a lovely atmosphere. I stayed at the Hotel Copernicus which was a fantastic place to stay, with spa and swimming pool, brilliant service. I would recommend it to anyone.

It's the greatest place in Poland 🇵🇱 ❤️ you could ever visit. It has the largest square in all of Europe, so there is always something to do on Sunday 😉 Some of the most beautiful 🤩 architecture of Churches I've ever seen. And you may enter for a small donation. Places to pray 🙏 and just see if you are Catholic strongly recommend. Wonderful flea markets, also the botanical gardens are very special. Tons of great museums. Truly something for everyone. The food is absolutely to die for. Everything i jad here was above average delight 😊, as expected for Europe 🇪🇺 . Its very good exchange rate for Pounds and Rubles, so cheap place to enjoy and lay your head. Recommended!!

Stunning city. So much to see and so much history. Amazing people, super helpful and friendly. Excellent and cheap public transport. Very good food at cheap prices. Loads of interesting places outside of Krakow to see in easy travel distance for day trips.

What a beautiful city! Felt very calm and safe. Amazing history. We really enjoyed Free ( but tip) walking tour about Jewish Krakow -engaging & informative . Go to the bakeries, relax in the many squares. We had a great time on a segway tour of the centre.

The main square in the old town is full of beautiful buildings, many bars and restaurants, full of atmosphere. The old town area is surrounded by parkland and trees. A great place for a cooler walk when the temperature is high. There are buggies which do trips round the town, the Jewish quarter and ghetto etc. Our particular driver was very informative and there was an English commentary to give more information. There are also several horse and carriages that go round the old town.

Krakow was a vibrant city; the main square had a lovely buzz about it without being too busy. The recommended restaurants we used were fantastic and food and drink was well priced. Free walking guided tour was excellent. Classical concert in church was lovely, boat trip was good. Unfortunately we had to use police services following loss of an expensive watch, we waited hours, the police were unhelpful, arrogant and made my friend feel like they were lying which spoiled an otherwise great trip.

Popular places to stay in Krakow

Stay in some of the best accommodations Krakow has to offer

Other accommodations in Krakow

Pick from a wide variety of places to stay in Krakow

Other attractions and activities in Krakow

More things to do and see in Krakow