Find the perfect place to stay in Moscow

Find a great area to stay in Moscow

Including tips for the best time to visit Moscow

Russia's capital has secured its spot on the global stage thanks to its architecture, museums, and wide variety of cultural offerings that make it an exciting place to visit any time of year.

Stepping onto the black cobblestones of Moscow's iconic Red Square instantly treats you to a striking panorama – dominated by the Kremlin's brick walls and St. Basil's Cathedral. Here you'll also find the Lenin Mausoleum and the Monument to Minin and Pozharsky. This is the historic heart of the city that hosts many festivals and celebrations around the year.

Moscow is also home to a large selection of museums and architectural highlights, including the Pushkin Museum of Fine Arts, the Flacon Design Factory, and an armory dating back to 1511. The city is no stranger to the arts either, with the Natalya Sats Musical Theater offering experimental productions for all ages. You can also catch some world-class ballet and opera at the Bolshoi – a 6-tier auditorium that's hosted performances since 1825.

The impressive Zaryadye Park is a great place to relax for an hour or two. It has four different climate zones, an Arctic cave, and an unmeltable glacier.

Points of interest in Moscow

Stay near the top sightseeing spots in Moscow

Inspiration and insider tips for things to do in Moscow 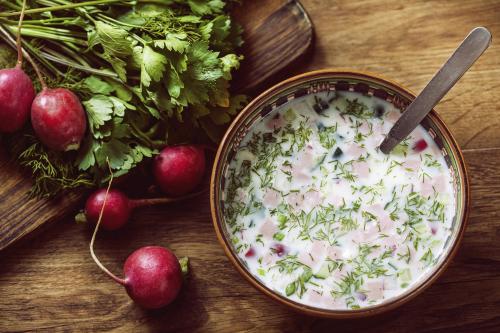 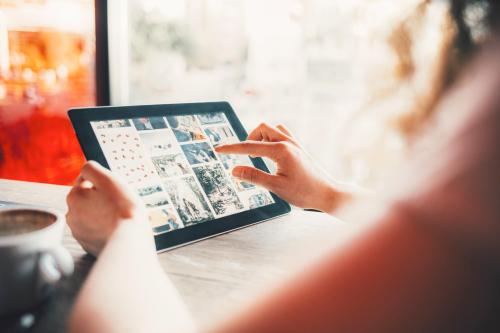 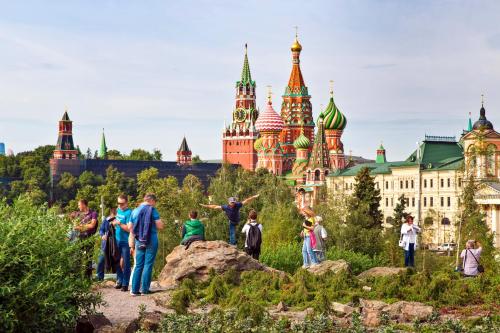 What other travelers say about Moscow

Moscow is a beautiful city and the people are so welcoming and helpful. On one occassion, I was carrying my luggage in the metro, and near every flight of stairs, I received help from gentlemen, they offered me help with my luggage. The city is clean and picturesque. The metro is efficient. Food is delicious. Road traffic is time consuming so it's always better to take the metro. I loved Moscow and now I can't wait to go back again!

Great city to visit - lots of culture and (by and large) very friendly people. Theatre & ballet are a must, but try the smaller groups also - they really are great. And I am glad that I went in winter - seeing everywhere covered in snow was a treat!

Moscow is one of the best cities to visit - a mix of history, of charm, of soviet flair, of historic grandeur, of beauty, of great museums, of massive parks, of amazing restaurants, of great theatres, of grandiose opera, of surprising metro stations, and of great people.

Moscow is great city, lot of places to see, lot of interesting experiences. City is not dangerous, public transport, metro especially, is working very well. I recommend to arrive to Sheremetyevo Airport, much better than other city airport (Domodyedovo is not bad, but more distant from the city).

My favorite city, intercultural, architecture is great, people have a great education, culture and charm. The red square is great, St Basilic Cathedral, Alexander Garden, church of Christ the Savior, Moscow river trip, Ballet Bolshoi, Bunker museum. To eat My My, GUM. Transport is easy, in the beginning it is so difficult because most of people dont speak English, but you can understand most of the information you receive in the street, rich cultural life, concerts, ballets, etc, excellent food, the best of Europe. Very educated people.

Moscow is a fantastic city with so much to offer - from the historical sights and cultural places, to amazing restaurants and bars. There is so much to do and everyone will find something to keen themselves busy and entertained. The city is multicultural and there is an English menu in most central places. The people are friendly and always ready to help out. Like any big city, there are numerous taxis (via apps) and food delivery services. The shopping is good too, especially if you are into fur and leather goods.

Popular places to stay in Moscow

Stay in some of the best accommodations Moscow has to offer

Other accommodations in Moscow

Pick from a wide variety of places to stay in Moscow