Find the perfect place to stay in Saint Petersburg

Find a great area to stay in Saint Petersburg

Including tips for the best time to visit Saint Petersburg

Blending Russian culture with a variety of Western influences, Saint Petersburg is a curious creation. It was Russia’s imperial capital for two centuries after being founded by Peter the Great, whose legacy is preserved in the city’s iconic Bronze Horseman statue. He and his successors invited Europe’s leading architects to fill the city with spectacular palaces, baroque cathedrals and Renaissance-style buildings – all of which remain perfectly intact today.

Cruise along the city’s historic Neva River on a canal boat tour and take in the neoclassical facades of sights like the Mariinsky Theatre, Winter Palace and the Hermitage Museum. The latter is the world’s largest art museum, housing everything from ancient Greek sculptures to masterpieces by Michelangelo in its staggering three million-strong collection. You’ll need at least a couple of days to properly appreciate this major tourist attraction.

Other landmarks not to be missed include the Peter and Paul Fortress, Church of the Savior of Spilled Blood, and Peterhof Palace – a vast complex of extravagant palaces, gardens and fountains.

But there’s much more to Saint Petersburg than elegant architecture. On Nevsky Prospekt, the city’s main street, you’ll find countless bars, restaurants and shops to keep you occupied when you’re not sightseeing.

Direct flights to Pulkovo Airport, which serves Saint Petersburg, are common throughout Europe.

Points of interest in Saint Petersburg

Stay near the top sightseeing spots in Saint Petersburg

Inspiration and insider tips for what to do in Saint Petersburg 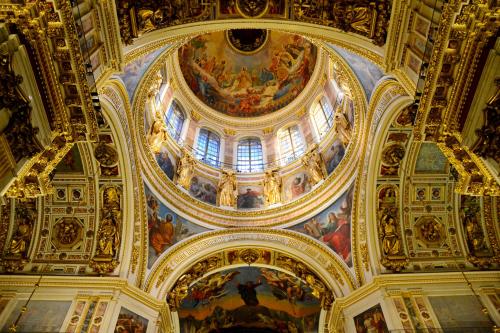 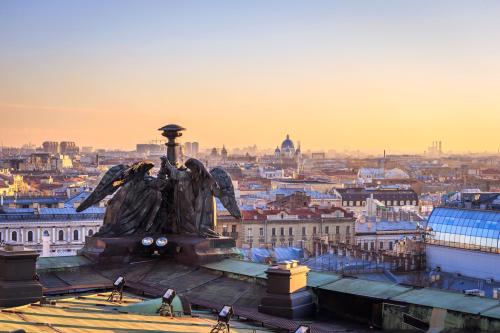 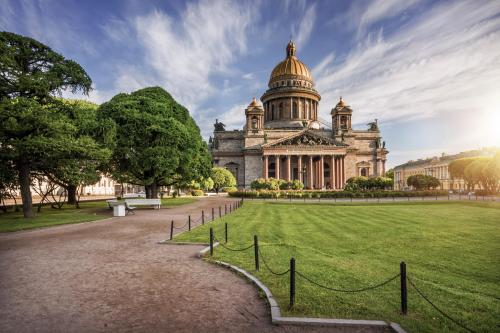 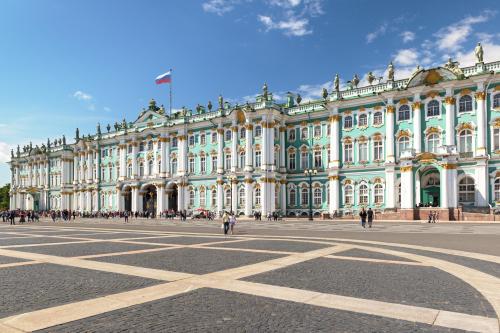 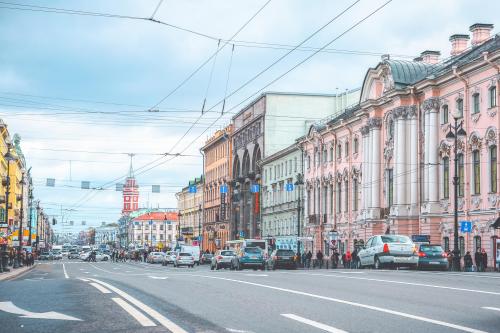 What other travellers say about Saint Petersburg

Now toursits are very little and it is the best tiing to enjoy wonderful pictures at Ermitage Museum and Russian Museum under the calm circumstance. (you can visit there with PCR negative certificate (48hours effective).

SPB has the largest consistent 1750 to 1900 style "old city" in Europe It must not be ruined due lack of priority or refusal to request funding from Europe. The "old city as a whole" is the favorite, no particular spot.

The main thing that has got me in love with the city was that it had been able to save its old face - the old buildings and historical sights. Moreover, the people here are friendly as well. Even though one thing that had got my attention was that there are too many expats in here.

This City i best for Summers i think ; There is less option to explore the city in winters Specially the Boats in the canal is closed due to ice the day is short sun rises at 9:30 and sets at 4 Pm Another disappointment was as a foreigner you will not get an entry to Museum and churches as they need you to be vaccinated by Pfizer and have a Russian QR code State Heritage museum requires RT-PCT test report within 24hrs to buy a ticket and enter the museum We were disappointed 😥 by these requirements

In this new reality western visitors like me can’t get in the museums because they don’t accept others vaccines but Sputnik, even with PCR negative they can’t let you get in. Very desappointed in that specific issue. Other than that, was one of the most gratifying and unforgettable experience I had, beautiful city, you can walk, take bus or train, subway, eat every place. Another thing to keep in mind, I couldn’t use Uber app, instead used Yandex app, my credit cards didn’t work, but you can pay cash to drivers, the app give you the option after you see the fare or price of that trip. There’s western unions, money gram , banks give you the option to the local currency, I used dollars to rublos, need also translators apps, I used yandex translate, also need google maps to move through the city, it helps you to take buses metro, it works perfectly, people don’t speak English, need translator. Also you can buy a phone for 100$ or less and put a SIM card and pay 10$ for 15 days unlimited internet and a few minutes locals call and some text mjs, I used for internet in order to move used google maps .

The weather was much more moderate than I anticipated. In late October the flowers were still blooming. Some days had some wind but nothing like the Colorado late Fall/Winter, that I am used to. Great walking City. The sights are truly beautiful and memorable.

Other accommodation in Saint Petersburg