Enter your dates and choose from 1,608 hotels and other places to stay!

Explore and find Hotels in Guatemala

Smouldering volcanoes, verdant rainforests, mountain lakes and innumerable ancient Mayan sites – Guatemala heaves with history and jaw-dropping natural landscapes. The hardest part is deciding where to start. You could enter across the Mexico and Belize borders, into a world of steaming jungle strewn with Mayan ruins. The most significant of these is the mighty Tikal complex, where imposing pyramids rise above the forest canopy and noisy howler monkeys swing through the trees. Stay in the nearby island town of Flores, where you can arrange an early morning trip to the ruins to catch the spectacular sunrise. Or, you might begin your Guatemalan adventure in the southern region, home to the former capital, Antigua Guatemala. Dotted with crumbling churches and surrounded by active volcanoes, this town is a staple sojourn for most travellers. Explore the ruins of La Catedral, wander up the Hill of The Cross for sweeping views, or put your physical fitness to the test with a steep hike up Volcán Acatenango – and be rewarded with views of neighbouring Volcán Fuego spitting jets of lava high into the sky, and other volcanoes peeping through the clouds in the distance. Guatemala retains a higher proportion of indigenous people than any other Central American country – and their culture is vividly apparent in cities like Cobán and Quetzaltenango, where markets abound with colourful fruits and hand-stitched fabrics. There are eco-lodges, hotels and hostels widely available in the cities, especially Guatemala City, and the most popular sites like the crater-formed Lake Atitlan. 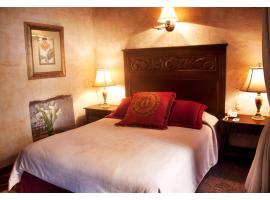 Just 200 metres from Antigua’s Central Park, Villa Meson in Exclusive Condominium offers city views, free private parking and a charming central courtyard filled with plants. Such a beautiful hotel. The rooftop terrace was extra special, with 360 degree views across the rooftops and ruins of Antigua, with the volcanoes as a backdrop. The location is perfect, staff were very helpful and spoke perfect English. The breakfast was absolutely delicious, the best we had in 5 weeks in central America. For the relatively reasonable price, this was an outstanding hotel! 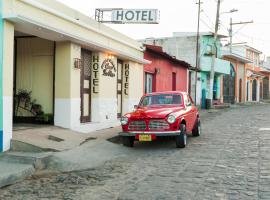 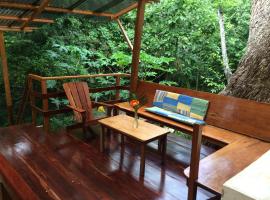 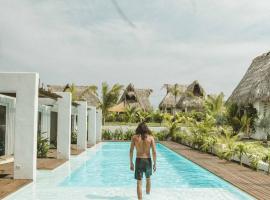 Swell features a restaurant, outdoor swimming pool, a bar and garden in El Paredón Buena Vista. There is a terrace and guests can make use of free WiFi and free private parking. The Swell is an absolutely amazing place! The rooms are super clean, the pool is great, and the staff will make you feel at home. They have surf boards for rent, yoga classes and a very good restaurant at the property. It's one minute walk from the beach and close to everything you need. It's the best place in El Paredon and simply perfect.

An outdoor pool, hot tub and spa with a gym and sauna are offered at this elegant hotel. Each spacious room has a terrace with views over Guatemala City or the surrounding volcanoes. Bed was great. Check in was fun 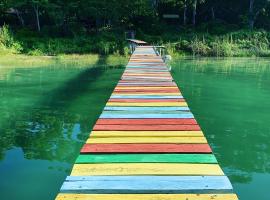 Facing the Peten Lake in El Remate, Hotel Mon Ami features a terrace. The property boasts a restaurant that serves Guatemalan and French food. Wow, what fun. Santiago is a saint and his place is a jewel. He is French and there is a french special on the menu every night. Sandwich for Tikal was huge. Shuttles were on time and where they were supposed to be. Would stay again and longer. 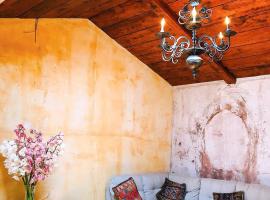 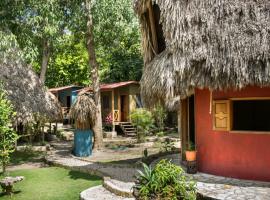 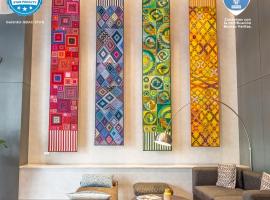 Courtyard by Marriott Guatemala City in Guatemala offers a fitness centre and rooms with free WiFi. This 4-star hotel offers free shuttle service. Amazing: I’ve stayed in several hotels in G city near airport. Inc chains like barcelo. Also hotel clarion. Confusingly the booking rankings are similar (Guatemala City is the one place I have found the booking rankings don’t truly show up the hotel differences). Something helpful for tourists to know is that while the others eg clarion, Barcelo are good they are slightly faded and the bathroom may not be exactly what you would expect as a foreigner. With Marriott courtyard the room and bathroom are great (I’m going to sound super enthusiastic because compared to my other Guatemala experiences I would say marvellous! But if you haven’t got that comparison it will be what you expect from a good hotel.) The bathroom - great shower and clean modern rooms and communal areas 10/10 Staff: staff everywhere in Guatemala have been pleasant but the Marriott staff were really great especially the 2 wonderful shuttle drivers I had who were genuinely very nice and make a huge effort. The people on reception for check in check out were also lovely and efficient. The level of English of all staff inc shuttle drivers was higher than average (I speak fluent Spanish but for foreigners this may be useful to know) Well done Marriott I also liked the effort at greenery inc in the lift. 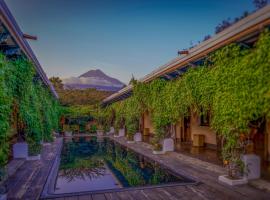 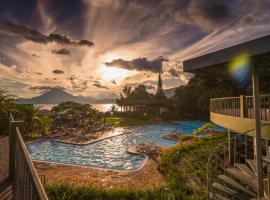 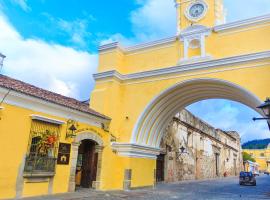 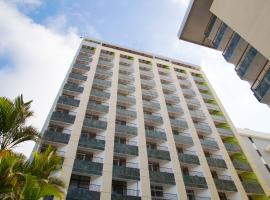 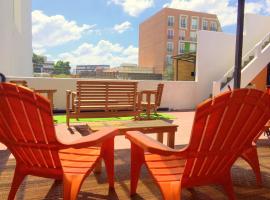 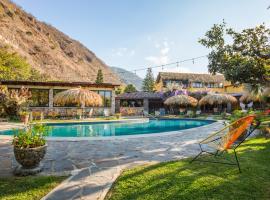