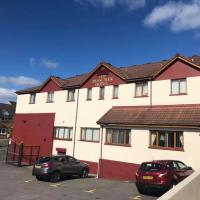 Perfectly situated within the Valley and on the edge of the Brecon Beacons National Park, the hotel’s location allows easy access to many of the sites of interest in the area. spacious room and great breakfast 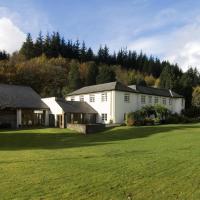 Located in the Brecon Beacons National Park, Nant Ddu Lodge offers 3-star accommodations in stunning South Wales. It has a spa, a swimming pool, and a fitness center on site. Everything very helpful friendly and professional staff, swimming pool and room were very clean. Quiet room away from road noise. Fast service at breakfast. Car park save and convenient location to nearby towns and walks. A very pleasant and relaxing stay just what my family needed. 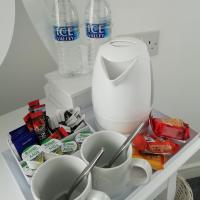 Featuring a restaurant, bar, garden and free WiFi, The Antelope Hotel is located in Merthyr Tydfil, 25 miles from Cardiff University and 26 miles from University of South Wales – Cardiff Campus. We booked and owner Claire was in touch to ask with my requirements if any. I requested microwave which was kindly provided. Upon arrival I was given nice & clear instructions for shelf check-in. All good. We had nice few chats with owner couple Claire and Neil about things to do around as our trip was not so preplanned. We followed their instructions and visited places around and enjoyed. Room and facility itself was clean and we tried to kept it clean as well -:) bathroom looked newly refurbished but one issue was of extractor fan needed to be on to keep drainage smell sway. May be manageble change owners can take care of. Bed mattress was different than what we used to use at home so bit of awkward side but not owners fault. But clean though. Breakfast I did enjoyed all 3 mornings.very Good overall experience and would definitely book it again and visit the nice couple Claire and Neil again. While we checked in, Neil even helped us taking luggage back to car. Very kind. Parking facility behind the hotel is very good. I would definitely recommend the hotel to tourists and travellers of beautiful Brecon Beacon area of Wales. 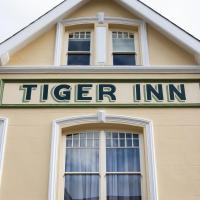 Located in Merthyr Tydfil, within 23 miles of Cardiff University and 24 miles of University of South Wales – Cardiff Campus, The Tiger Inn has a bar. I absolutely loved the rooms, really comfy beds and great facilities. The staff were really friendly and approachable. 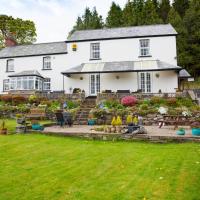 Llwyn Onn Guest House is in an idyllic setting overlooking the Llwyn Onn reservoir in the heart of the Brecon Beacons. A lovely welcome when arrived, staff were friendly and very helpful throughout our stay. Accommodation was a beautiful house with beautiful gardens. A very relaxing and enjoyable stay. Will definitely visit again. Will highly recommend to anyone. 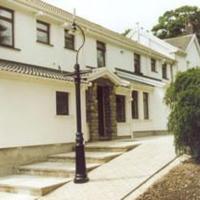 In the heart of the beautiful Brecon Beacons, Penrhadw Farm has spectacular mountain views and offers a range of comfortable accommodationsr. The staff were very nice and breakfast was amazing! A lot of variety and very tasty. Our room was warm and comfortable. 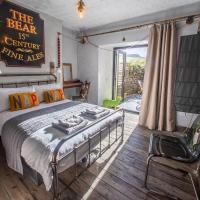 Located in Merthyr Tydfil, James' Place at Dowlais has city views and free WiFi, 25 miles from Cardiff University and 26 miles from University of South Wales – Cardiff Campus. James Place had its own style and uniqueness which we both loved! 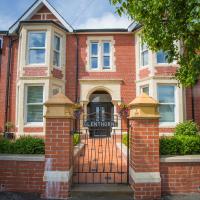 Studios At Glenthorne is just 15 minutes’ walk from Merthyr Tydfil Railway Station. These family-run, self-catering studios are set in a Victorian townhouse. We spent a night at Glenthorne and we really enjoyed our stay there. The house has separate apartments that are beautifully furnished and a fully equipped kitchen. The location is pretty quiet and the bed very comfortable. You can also have a walk in the park around the Castle nearby. The communication with the host was also very easy and she is really kind. I definitely recommend it! 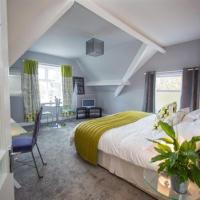 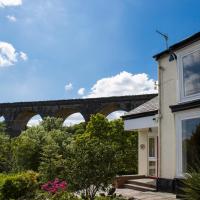 Offering a sun terrace and views of the garden, The Grange Guest house, Cefn-Coed is located in Merthyr Tydfil, 1.1 mi from Cyfarthfa Castle. Guests can enjoy the on-site bar. Fantastic breakfast and friendly and helpful owners 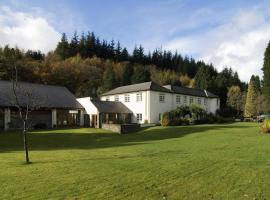 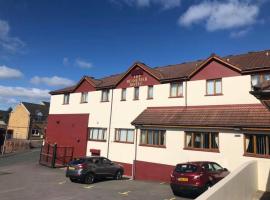 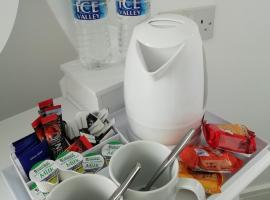 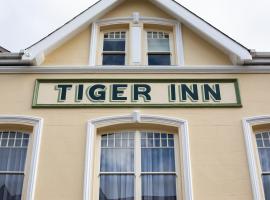