Recommended for you near Adolfo Suarez Madrid-Barajas Airport MAD 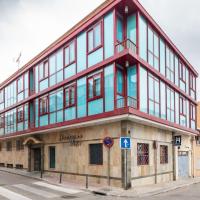 This family-run guest house is located in Barajas, just 5 minutes’ drive from Madrid International Airport and 15.5 km from the city centre. It offers a free 24-hour airport shuttle. It was clean and well located. 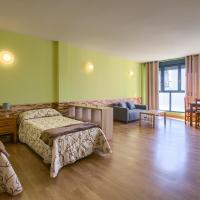 Apartamentos Barajas offers self-catering studios and apartments in Madrid, in the district of Barajas, 3 km from the entrance of the airport. Free Wi-Fi access is available. Host (Mr Angel) is great and very helpful. Accomodation 5 minutes away from metro station. ideal place if you want to be near the airport 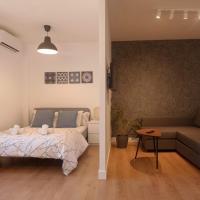 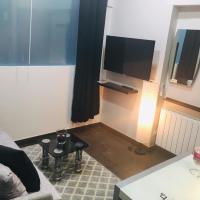 Situated in Madrid, 5.7 km from IFEMA and 12 km from Chamartin Railway Station, Apartamentos Deluxe Barajas features accommodation with free WiFi and a tennis court. The location is one minute from Plaza Mayor’s restaurants and taxi stands. The apartment has a compact kitchen, bathroom, living room and a bedroom with a king size bed, which is comfortable. It is fitted with sheets, towels, soaps, washing machine, kitchen dishes/utensils/pans and a stove top expresso machine. The TV has many channels. The wifi is strong. It does have a/c. It’s comfortable for us both and our small dog. We were able to leave him in and shop or eat close by. There are many hair/nail salons and ships in the town. The plaza has an Argentine steakhouse, a typical Spanish restaurant with quality food, a tapas bar and a cafeteria. An Indian restaurant is one block from the plaza. There is a clinic that tests for Covid in the plaza and a pharmacy. The airport is literally 10 minutes door to the terminal and is under 15 €. We always stay one night before flying to the states. There’s a metro close by to go into Madrid. 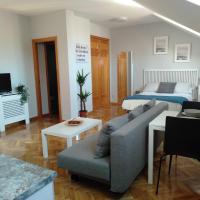 AIRPORT/IFEMA Estudio en Barajas is located in the Barajas district of Madrid, 12 km from Chamartin Railway Station, 12 km from Santiago Bernabéu Stadium and 14 km from Thyssen-Bornemisza Museum. Host is very effortless and give you all information you need to know during your stay. apartment is clean and week equipped. there are few restaurants and bars around. Excellent Indian restaurant Kathmandu down stairs is cherry on the top! 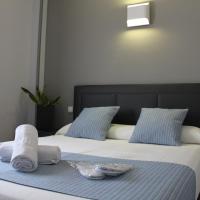 This hotel is located only five minutes' drive from Barajas airport and the Ifema fairgrounds. Rooms are comfortable, spacious and are distributed over the three floors of the building. Perfect place to stay for overnight waiting for a flight. 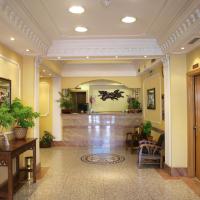 Hotel Don Luis is located 5 minutes’ drive from Madrid’s Barajas Airport and just 3 km from the IFEMA Convention Centre. Free WiFi is available in the reception area. Our stay at Hotel Don Luis was wonderful! It is an extremely reasonably priced hotel which is very close to Barajas Airport. It is within walking distance of a very nice, small plaza with little restaurants where a person can grab a bite to eat in the morning, afternoon, or evening. We took the bus number 101 at the bus stop, which is located in the town plaza, directly to the airport. It cost 1,50 euros a person and, in about 15 minutes, we arrived at terminal one. Sergio, who was working at the front desk when we arrived for check-in, was great!! He gave us a good recommendation for a restaurant, along with the lay of the land. Sergio informed us the front desk is staffed 24 hours. Our room was very basic, no frills, but it was super squeaky clean, as was the hotel. If you are looking for basic lodging, close to Barajas Airport, I highly recommend this place. If you want a fancy place with many amenities, you should look elsewhere. 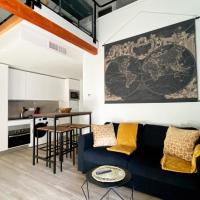 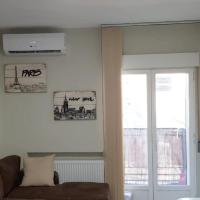 Set in Madrid, within 5.3 km of IFEMA and 12 km of Chamartin Railway Station, Apartamento Barajas. Aeropuerto/Ifema offers accommodation with free WiFi, air conditioning and a terrace. The apartment was perfect! Exactly as described. The host was really good and with perfect communication. It's located in a good neighborhood 5 min from barajas airport, with markets and restaurants close. It was easy to get into Madrid center as well. 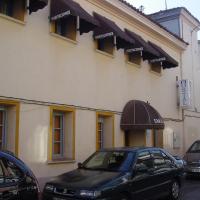 Hostal Emilio is just 5 minutes walk from Barajas Metro Station and one stop from the international airport. It offers functional rooms, free Wi-Fi and free parking. Location is perfect for those who want to spend a couple of nights close to the airport. The hostel is clean, the staff is very friendly. There was no problem to get help with taxi early in the morning. Highly recommend for budget travelers. Won’t be disappointed. 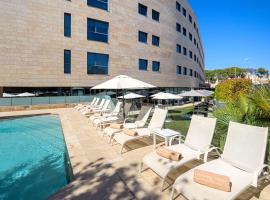 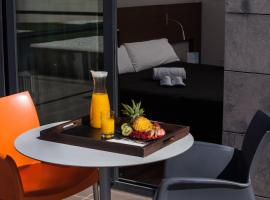 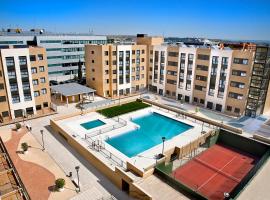 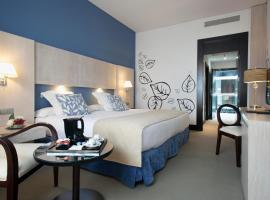 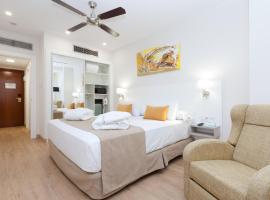 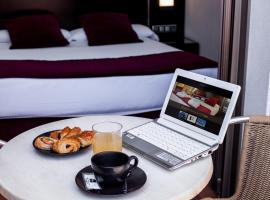 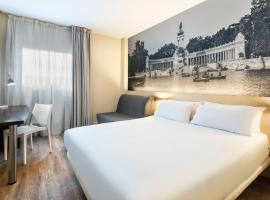 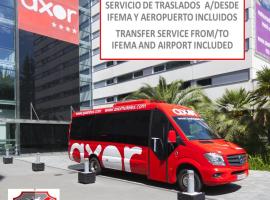 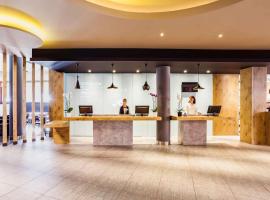 Hotel Nuevo Boston is a design hotel, 10 minutes' drive from IFEMA Exhibition Centre and 5 minutes drive from Wanda Metropolitano Stadium. Mario and the staff were so helpful, thank you so much. 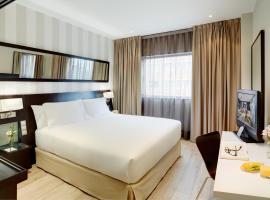 Offering modern rooms with free WiFi, the Sercotel Madrid Aeropuerto is 5 minutes’ drive from Adolfo Suarez Madrid-Barajas Airport. It was a really short stay but I loved everything. It was clean, spacious

Part of the Principe Felipe Conference Centre, Madrid Marriott Auditorium Hotel & Conference Center is within 10 minutes’ drive of the IFEMA Trade Fair and Madrid-Barajas Airport. We had an issue with our rental car and needed to book a last minute stay at the airport.

Senator Barajas is a 5-minute drive from Barajas Airport. It has a seasonal outdoor swimming pool, a selection of restaurants, and rooms with balconies. The shuttle was great. The restaurant below the hotel is very good. This stylish, contemporary hotel is set only a few minutes by taxi from Madrid's Barajas Airport, and the city's main business and congress centres, including the IFEMA. good location near the airport 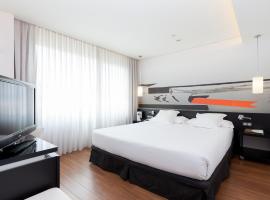 This modern hotel, with free Wi-Fi, is next to Adolfo Suárez Madrid-Barajas Airport and 5 minutes’ driving from the IFEMA Exhibition Centre. Best hotel I have stayed in all of Europe.

Adolfo Suárez Madrid-Barajas Airport serves as the rest of the world’s gateway to Spain. The distance to Madrid city centre is 11 miles (18 kilometres), so getting there by taxi, train or Metro doesn’t take long. The latter is the easiest and cheapest option. Simply hop on Metro Line 8 at Nuevos Ministerios station for a direct connection to Terminals 1-4. The journey takes around 15 minutes.

Travellers with scheduled or unexpected stopovers can choose among hotels in the neighbouring Barajas district. As the busiest airport in Madrid, Madrid-Barajas Airport offers a wide range of facilities to keep you entertained before takeoff. Duty-free shopping options and restaurants are aplenty, while a comfortable VIP lounge offers respite from the hustle and bustle. Other facilities include banking services, a post office and a chapel.

Each of the airport’s four international terminals is connected by a free shuttle bus service, which runs every five minutes. There’s also a driverless underground train running between Terminal 4 and Terminal 4S, operating 24/7 and taking just over three minutes. In 2006, Terminal 4 won the Stirling prize from The Royal Institute of British Architects.