Check out our selection of great serviced apartments on 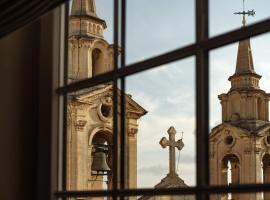 Each unit is fitted with air-conditioning, a seating area with satellite TV and a fully equipped kitchenette. A coffe machine is also available. There is a private bathroom with shower, bathrobes and free toiletries in each unit, along with a hairdryer.

University of Malta - Valletta Campus is a 5-minute walk from the aparthotel. The nearest airport is Malta International Airport, 5 km from Palazzo Jean Parisot Boutique Suites. Very classy and comfortable! You wouldn't want to leave the room! The staff are also very accommodating and super nice, they check on you and whenever I requested something they were always willing to help :) Would definitely recommend this stay for a getaway. The location is also perfect...walking distance to super restaurants and shops! 10/10 Breakfast in bed was an added bonus 😊 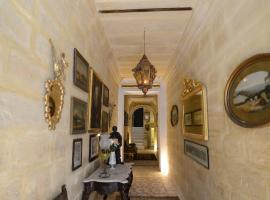 All air conditioned, units here include a flat-screen TV, seating area, and a kitchenette. The bathroom comes with a hairdryer. Some apartments have a balcony. Nice location and installation 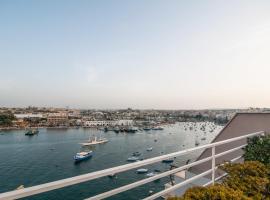 Sunny Coast offers modern, self-catering apartments, all with a private balcony. It is set in Qawra, one of the most beautiful bays on the island of Malta.

The resort offers spectacular views across the bay, the Mediteranean Sea, and the Maltese Islands. Each apartment has a contemporary design and is complete with a kitchenette and balcony. I liked everything about the hotel. The hotel is well located. Nearby there are a bus stop, restaurants, sea. The apartments at the hotel are well-equipped. Very friendly staff. 10 of 10. 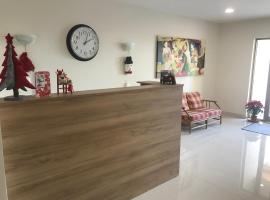 All units at this aparthotel are air conditioned and feature a fully equipped kitchen, including a toaster and a kettle. Every unit comes with a seating area, a flat-screen TV and a balcony. The bathroom is fitted with a shower. Bed linen and towels are provided. Our late check-in request was accepted. The check-in process was smooth and easy. The property itself is at very good location, just in 5 minutes walk from Bugibba bus station, very easy to find. We found the apartment clean and spacious, equipped with everything even for a long stay for two or three persons. The WiFi signal was excellent. There were air conditioners in each room, perfectly operating. There was many stores and restaurants nearby. After check out they allowed us to leave our luggage.

Just 100 metres from the sea, Strand Suites by NEU Collective is located in Il-Gżira. It offers air-conditioned accommodation with a balcony.

The modern apartments come with a flat-screen TV, a kitchen, plus a washing machine and tumble dryer. The bathroom includes a hairdryer. The staff were very helpful as the family above our room were very noisy and the staff let us change our room. Clean and well designed

Exiles Beach is 1.4 km from the aparthotel. The nearest airport is Malta International Airport, 7 km from Rampila Residences. Very silent place and close to the bus stops 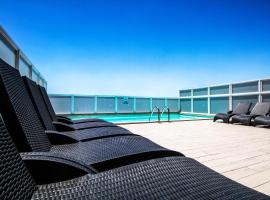 All self-catering accommodation comes with a safe, a kitchen or kitchenette with a refrigerator and electric kettle, and a bathroom with free toiletries. Most apartments have a balcony, and some feature sea views. girls from stuff super friendly , I got upgraded appartment with seaview, thanks for help 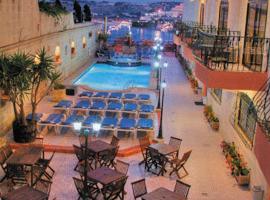 Centrally located, White Dolphin Complex offers a swimming pool and self-catering accommodation. This family-run property is only 2 minutes' walk from Malta's famous seaside promenade of Qawra and Bugibba. Fantastic location, extremely nice and very friendly staff and very helpful , food is just delicious and very good value for money , we loved staying at the white dolphin so much we are going back next year . 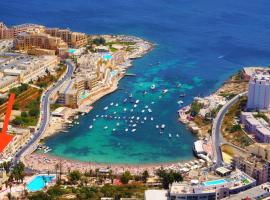 Popular points of interest near the aparthotel include Balluta Bay Beach, St. George's Bay and Portomaso Marina. The nearest airport is Malta International, 8 km from Cresta Beach Studios, and the property offers a paid airport shuttle service. HOWEVER despite the horrific condition of the room and the terrible reception service (which also ignored at least 5 of our calls), there was one person who made the experience worth it - Pierre. Pierre met us at the airport, even though our flight was like 3 hours late. While driving us to the place, he told us everything about Malta, was honestly engaged in the conversation, and ensured that we can get everything we need. He gave suggestions for the things to do and places to eat. At the end of the trip he was nice enough to keep an eye on our luggage after check out and suggested to drive us to the airport as well. If Cresta Beach owners care AT ALL about their reputation, it is only Pierre that could make this place not only not disastrous as it is right now, but actually make this place somewhat special. Pierre is the kind of person you want to give a hug to after meeting him. Besides Pierre, the location of the hotel is good as well. Located right on a popular beach, it neighbours a lovely Cool Runnings Bar which is one of the few bars whose target audience is not drunk 17 year olds. The bar owner makes you feel special and comfortable, and the drinks (esp Sangria) is top notch as well. The bus stop is a few minutes away and there’s a convenience store up a hill (like 4 mins away). Also by the end of the trip even the cockroaches were kinda homie. Say “hi” to Peter if you see him crawling on the walls from us :) 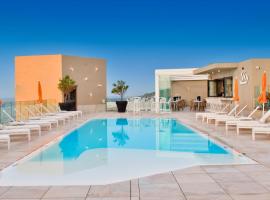 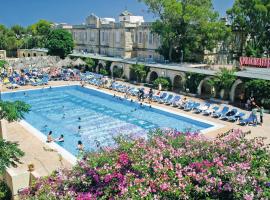