A home away from home – choose the apartment that's right for you. 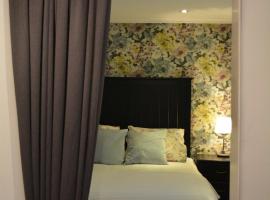 The apartment features 1 bedroom, a flat-screen TV with cable channels, an equipped kitchenette with a microwave and a fridge, a washing machine, and 1 bathroom with a shower. Towels and bed linen are featured in this accommodation. The house is tastefully furnished. It is more like a home than a hotel. It has all the stuff one needs for a stay if outside of own home. The hosts are very nice and friendly people. They offered to take us to the zoo. And also dropped us to the station one morning when we missed our bus. We had Italian Soup from the hostess, which was very similar to mixed Dal we make in India. They have a pet dog and a cat. Chiro, the dog is very nice and friendly. He played fetch with my son and would sometimes bring the ball with his 2 front paws which was extremely cute. Highly recommended if you are travelling to Eindhoven with family. 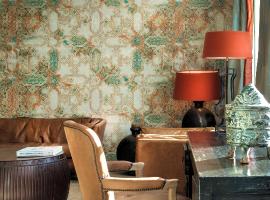 There is a seating and dining area in all units, as well as a flat-screen TV. Each suite comes with deluxe twin bedding. Extras include a laptop safe. The kitchen is fitted with a dishwasher, microwave and oven. The Hotel Owner was personally there and he was extremely friendly. They made our stay very comfortable and did many services for us which have not been expected. Moving beds, Cleaning... Also we got offered to get dinner cocked and many other things. We travel a lot but we did not meet such a service often! We are happy! Thank you very much 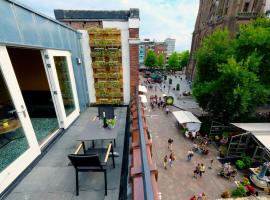 In the heart of Eindhoven, set within a short distance of PSV - Philips Stadium and Holland Casino Eindhoven, Sunny 45m2 Penthouse with Balcony and Terrace offers free WiFi, air conditioning and household amenities such as a dishwasher and kettle. The apartment, set in a building dating from 2020, is 2.4 km from Tongelreep National Swimming Centre and 2.7 km from Indoor Sportcentrum Eindhoven. I loved everything else. It was beautiful. It was close to all shopping, restaurants, and transportation. It was exactly what we needed in the best location possible. My daughters and I loved it. I can't wait to visit again. 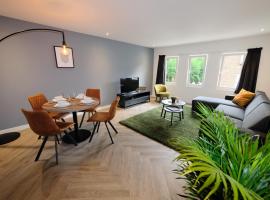 The apartment has 1 bedroom, a flat-screen TV with satellite channels, an equipped kitchen with a dishwasher and a microwave, a washing machine, and 1 bathroom with a shower. Towels and bed linen are available. The location of the apartment is exceptional. It is very well equipped and an information package was available upon arrival. The host answered all my questions before arrival and communication was very easy. 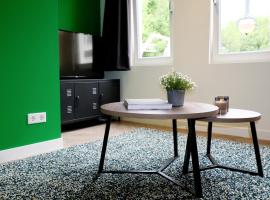 In the centre of Eindhoven, located within a short distance of DAF Museum and Van Abbemuseum, Luxury 60m2 Apartment with 20m2 Private Terrace offers free WiFi, air conditioning and household amenities such as a fridge and kettle. The property has city views and is 2.6 km from PSV - Philips Stadium and 3.3 km from Tongelreep National Swimming Centre.

The apartment features 1 bedroom, a flat-screen TV with satellite channels, an equipped kitchen with a dishwasher and a microwave, a washing machine, and 1 bathroom with a shower. A complete reliable host who guided us in detail and our stay was excellent! I definitely recommend this property for a family with kids or just couple and we didnt needed anything else as it was well equipped. Thanks Eric for checking if we needed anything else and supporting us even after we left for our taxi and others. Property was well ventilated with well working air conditioner and clean kitchen. 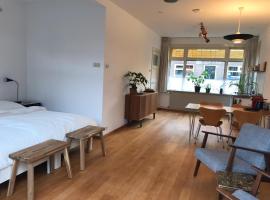 In the Stratum district of Eindhoven, close to DAF Museum, Huis nummer 1 has a garden, free WiFi and a washing machine. The apartment, set in a building dating from 1937, is 2.2 km from PSV - Philips Stadium and 2.9 km from Tongelreep National Swimming Centre. I did not like anything, there was no television, the kitchen was too poor a pot bad relationship with the owner, even his mother intervened in this business, it was the worst rental of my life, unpleasant all the time, the mother assured that I had to leave the day before which for me was uncomfortable, but co.o I was never comfortable, I also agreed to leave

Boasting garden views, Jaguars Residence features accommodation with a terrace and a kettle, around 2.4 km from Tongelreep National Swimming Centre. The Indoor Sportcentrum Eindhoven and the PSV - Philips Stadium are within 2.9 km and 5 km of the apartment, and free WiFi is provided.

The apartment has 1 bedroom, a flat-screen TV with cable channels, an equipped kitchen with a microwave and a fridge, a washing machine, and 1 bathroom with a shower. Perfect location. Very family friendly. The accommodations we're perfect for our family of 4. We enjoyed our stay very much! Highly recommend! Hosts were wonderful! 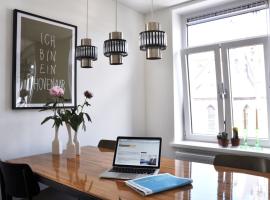 Offering a terrace and views of the city, De Eindhovenaar City Apartments is situated in Eindhoven in the Noord-Brabant Region, 400 metres from Van Abbemuseum. PSV - Philips Stadium is 1 km away. Free WiFi is provided throughout the property. location nice size easy check in and out comfort

Looking for an apartment?

For travelers who appreciate a space of their own at the end of the day, an apartment or flat is the perfect home away from home. Furnished rooms and kitchen facilities give groups and families the flexibility to enjoy downtime separately or plan the next day’s activities over a shared meal. Often available for short and long-term.
Search apartments in Eindhoven