5 amazing food festivals around the world

Fill your belly with tasting menus from the world’s finest restaurants, get top culinary tips during demonstrations by celebrity chefs, and mingle with food enthusiasts from all over the world at these top five food festivals. 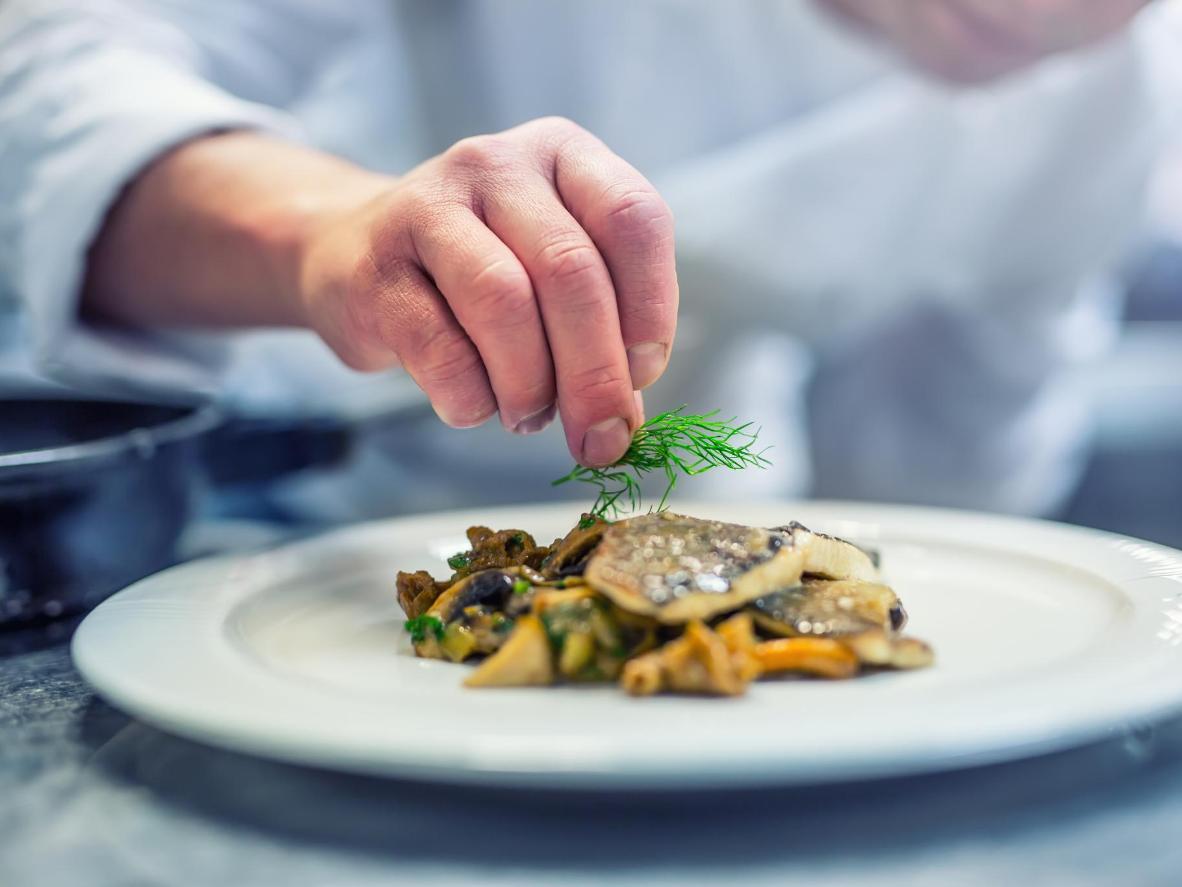 The Taste festivals have spread to Cape Town, Hong Kong and all over the globe but the London edition was the inaugural event and remains the most impressive. Twice a year (so that visitors get to sample seasonal menus), this large-scale fair sets up shop in Regent’s Park to showcase creations from the world’s best chefs, sommeliers and mixologists. Michelin-starred mini kitchens dole out tasters of their favourite dishes, while live entertainment, masterclasses and award ceremonies punctuate proceedings. Stay at Gordon Ramsay’s York & Albany, a hotel slash restaurant that’s just a 2-minute walk from Regent’s Park. 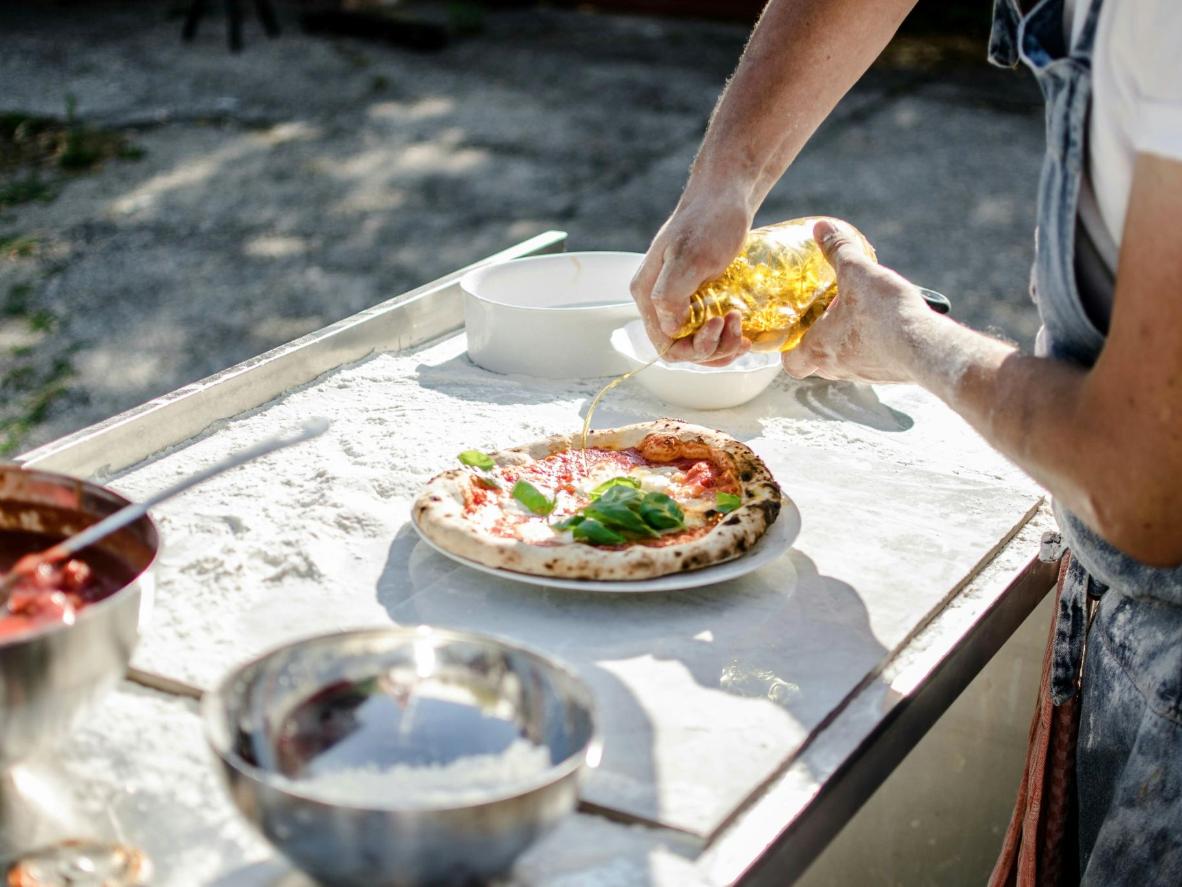 Every year, the birthplace of pizza pays tribute to its beloved dish with a dedicated, fortnight-long festival. Acclaimed pizzerie come from all over the world to test their recipes and compete in the World Pizza-making Championship, with categories including wood-fired, gluten-free and freestyle, and a jury of Michelin-starred chefs. Expect dough-tossing demonstrations, educational classes and some of the best pizza you’ve ever tasted in your life. Check into Naples’ central Ovo - Slow Travel B&B but try to save room for pizza while tucking into the generous breakfast spread. 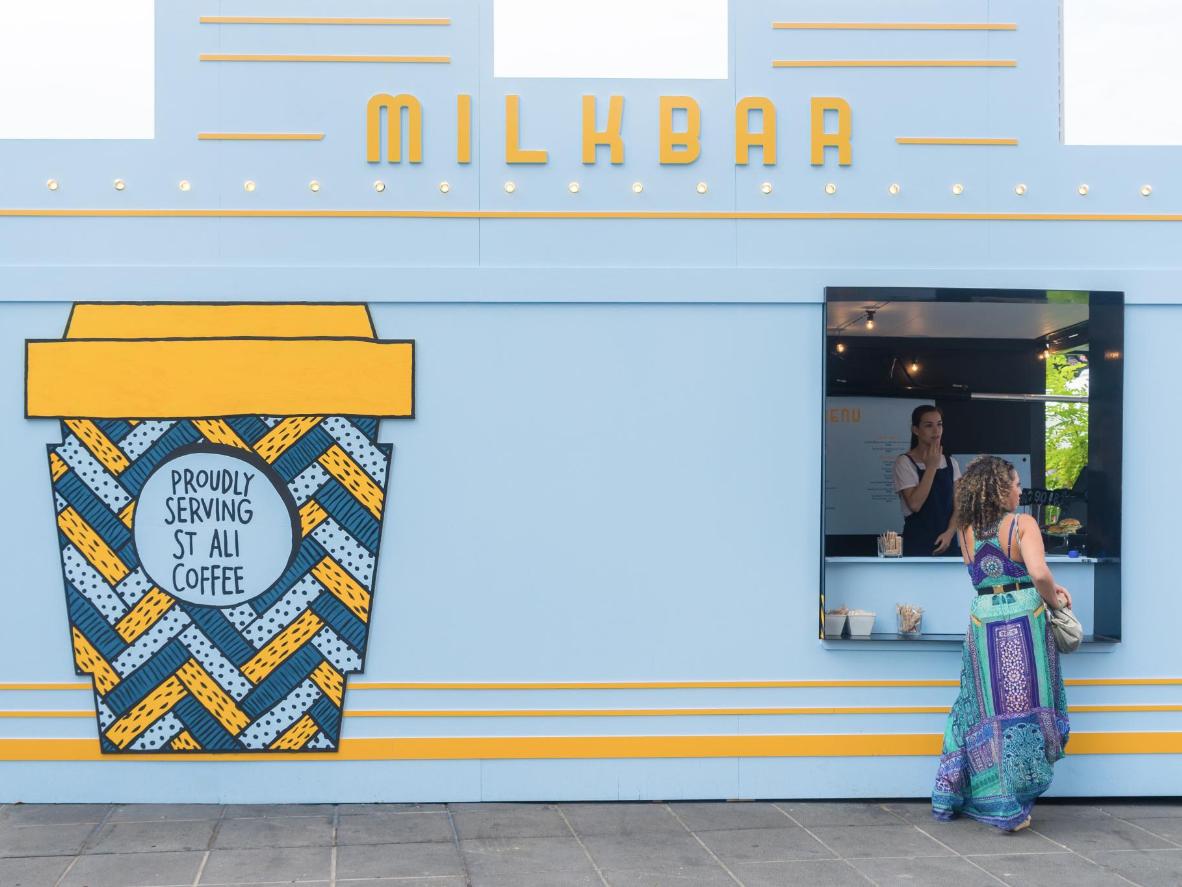 Choose from over 300 events, including pop-ups and record-holding meals in Melbourne

Melbourne is a gastronomic melting pot of global cuisines, from Asian to Mediterranean fare and a whole lot of fusion. So it’s a fitting place to attend a food festival, and this 10-day celebration is one of the most prestigious. Each March, the most renowned restaurants in and around the city open their doors to curious epicureans, with over 300 events to choose from. You can attend workshops led by the world’s greatest chefs, as well as food tours, cheese tastings and the festival’s famous ‘Longest Lunch' – a record-holding, three-course meal served on a 500-metre-long table. Stay at the Art Series - The Cullen, a luxury hotel close to the Prahran Market (a must-visit while you’re in town, where you’ll find the best seasonal produce in Victoria, and perhaps Australia). 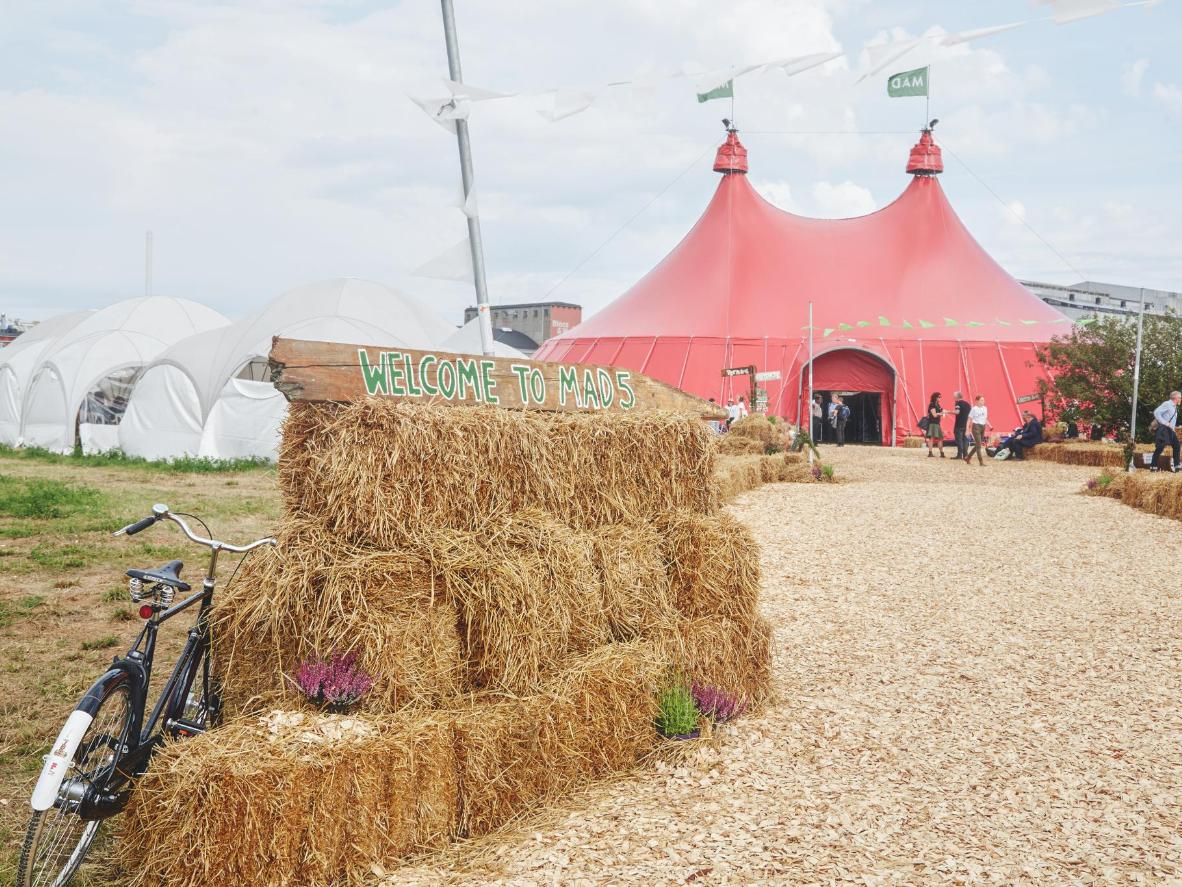 Each summer, this symposium is hosted by MAD Food Organization – a non-profit community set up by René Redzepi, chef of Noma (four-time winner of the World’s Best Restaurant title). Mad means food in Danish and this event is something of a pilgrimage for enthusiastic gourmands, with numerous food-focused educational talks and demonstrations. To get your hands on a ticket, you have to submit an application (in particular welcoming chefs, servers, sommeliers, farmers and teachers) showcasing your culinary curiosity and open-mindedness. Stay at Sankt Annæ 10, a central Copenhagen guesthouse with a floral courtyard. 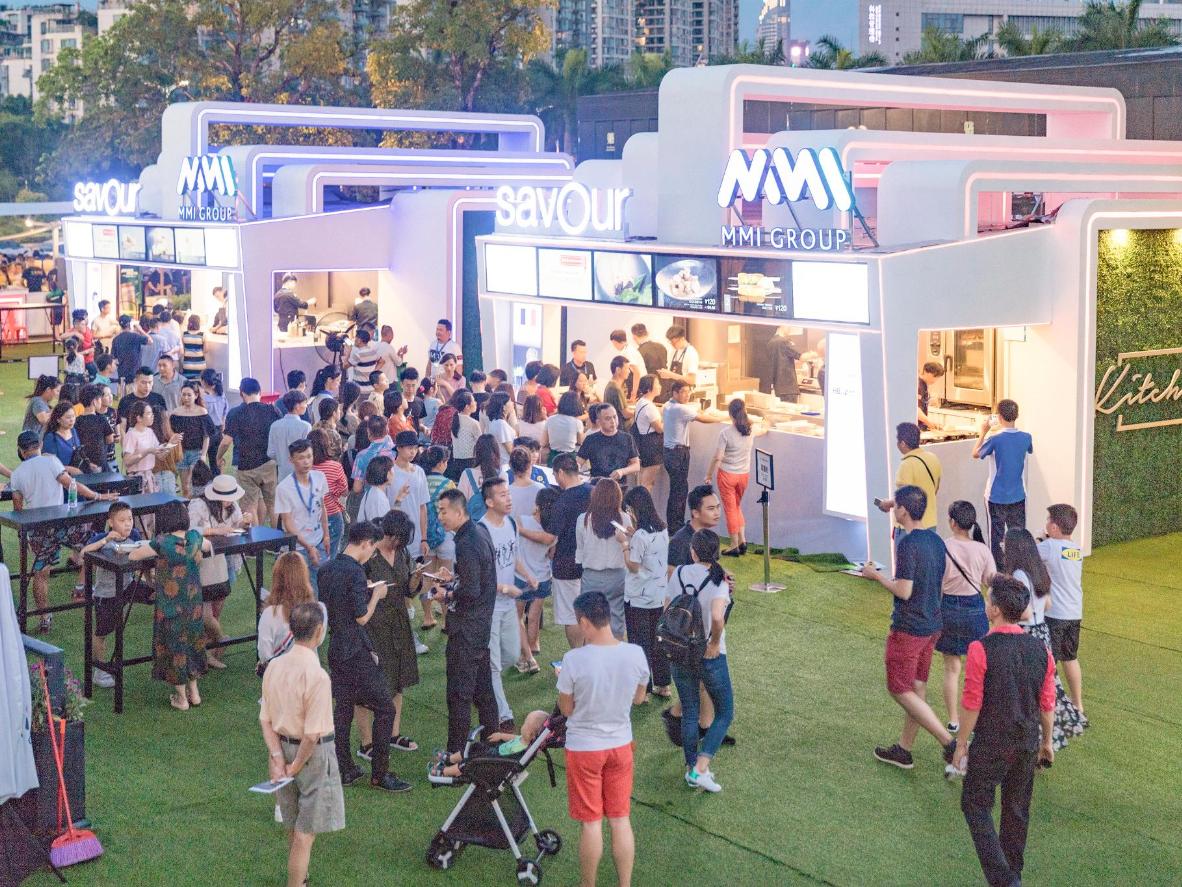 Singapore is one of Asia’s foremost food destinations and Savour is one of the most anticipated events in the city’s culinary calendar. There’s a winter edition, a September wine edition and a May gourmet edition, the latter being the main event, spanning four days and attracting thousands of food-lovers. There are gourmet tastings, celebrity chef masterclasses, kitchen skill demonstrations, competitions and a market where you can pick up plenty of delectable souvenirs. Check into the Capsule Pod Boutique Hostel and experience the culinary delights of nearby Chinatown during your time off from Savour.

The vegetarian guide to the USA

According to our travellers, these are the best USA cities for vegetarian food.
Jul 19, 2019
#united-states
#portland
#oregon
#vegetarian-food
#vegan-food
Eat & Drink

Where to go for Brazilian-Japanese fusion food

For springtime in the northern hemisphere, here are the destinations to visit.
Jan 30, 2020
#death-valley-national-park
#seville
#tokyo
#tel-aviv
#marrakech
Travel Tips

Around the world in 6 fruit tarts & pies

The top 5 ski resorts in the Alps

The most highly-recommended ski resorts in the Alps, according to global travellers.
Dec 2, 2018
#downhill-skiing
#austrian-alps
#austria
#france
#winter