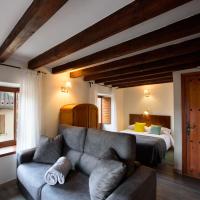 Situato a La Hiruela, l'Hotel Rural El Papamoscas offre un ristorante, un bar, una terrazza e la connessione WiFi gratuita in tutta la struttura. L'hotel dispone di camere familiari. This was a highlight on a five week trip through Spain and Portugal. The prettiest, most charming town we stumbled upon. The studio was quaint and Sandra, the hostess, was truly special. We were so lucky she could speak English and that she was so willing to share herself with us. The surrounding walks were exquisite, through rolling hills, and farmers fields, past bee colonies and an ancient granary. If you are looking for a unique local experience in a magical setting...don’t miss this little town with heart. 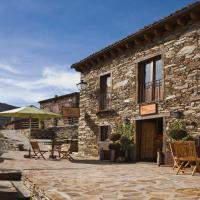 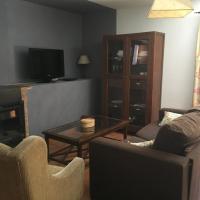 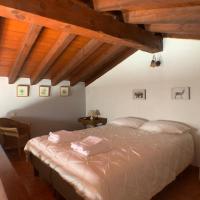 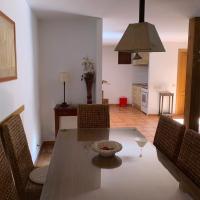 Situata a La Hiruela, la Casa Clemente II offre attrezzature per barbecue e una terrazza. Questa casa vacanze offre una reception aperta 24 ore su 24 e la connessione WiFi gratuita. A very cool place in the middle of the tiny mountainous village of Hiruela, north of Madrid. We are a couple and we had the entire house to ourselves, two floors, two bedrooms, a fireplace, a kitchen, a washing machine and so on. It's a renovated village house that is modern and comfortable with a lot of special character. This was probably the coolest place we've stayed in Spain, initially we planned to stay for one night, but after arriving decided to book another night so can fully enjoy the place. There are few short walks around the village and I did several of them, the nicest one was through the forest and valley/stream beneath the village. It was so small, and maybe because of the pandemic everything was closed, no restaurants or shops, so we had to come with our own supplies but that's not a problem. There were two adorable village dogs that came along with us to the walks, and stayed outside our house waiting for us, which was really fun because we love dogs. The hostess was super friendly, didnt speak English but waited for us in the pouring rain when we came in the evening, and after that we communicated by writing (using google translate), she provided us with timber for the fireplace and was very helpful. 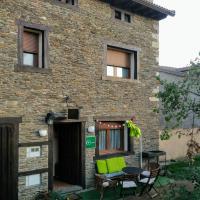 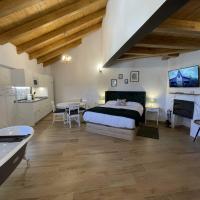 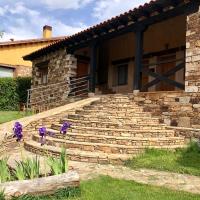 Situato a Montejo de la Sierra, a 49 km da Pedraza-Segovia, l'El Hayuco de Montejo offre un giardino e la connessione WiFi gratuita. There are 6 apartments in the same location. We got one of the upper apartments. It was a 2-room apartment, 1 bathroom and a living room/kitchen. I think the apartment was great value for the price. The location was great, about 5 mins car ride and 15-mins walk from Montejo de la Sierra. The location has 2 grilling stations which we couldn’t use because we got bad weather since we stayed there for “Todos Los Santos” weekend in November. Anyway awesome place with amazing surroundings. We’ll repeat again!! 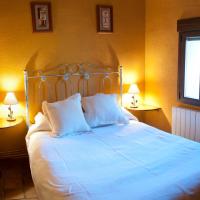 Con vista sulle montagne. El Yayo. Situato a La Puebla de la Sierra, il de la Puebla offre la connessione WiFi gratuita. We ordered for breakfast for the four days we stayed, but did not get this. We had a welcome pack when we arrived. Luis the host was helpful if we had questions, and responded fairly quickly. The location is great, the property was quiet and peaceful and was generally relaxing.