Looking for hotels near Historical Building of the National Museum of Prague, Prague?

Featured Hotels Near Historical Building of the National Museum of Prague 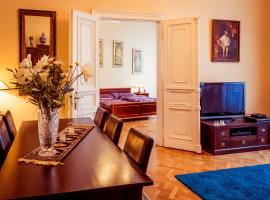 Located right in the heart of Prague, only 328 feet from Wenceslas Square, this 5-star Art-Deco hotel first opened in 1932. All rooms have a Nespresso coffee machine. 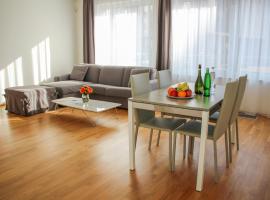 Located in Prague, Rezidence Muzeum is 656 feet from Prague National Museum. Wenceslas Square is 1640 feet away. Free WiFi is provided . 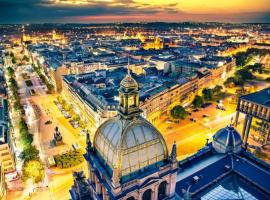 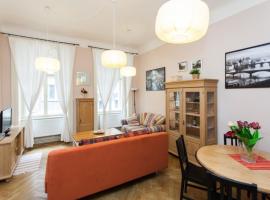 Center Apartment Řeznická is located in the city center of Prague and offers a self-catering apartment, 656 feet from Wenceslas Square in the historic center. WiFi is available free of charge. 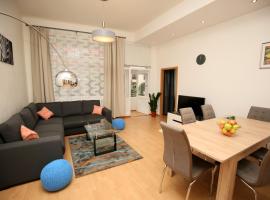 GE Apartments Anglicka is located in Prague, a 5-minute walk from 1312 feet from I.P.Pavlova metro station. Wenceslas Square is 2297 feet from the property. 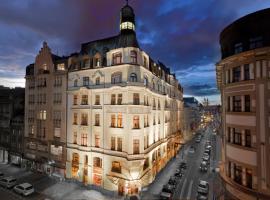 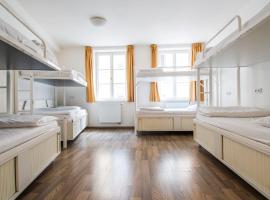 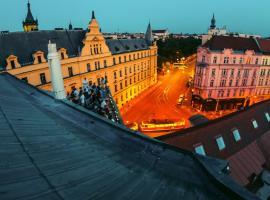 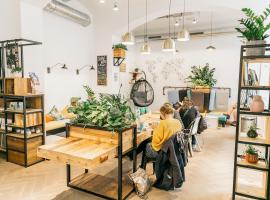 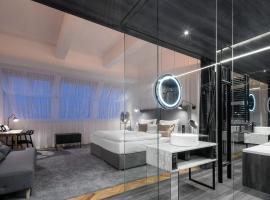 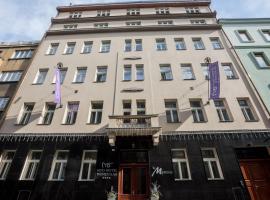 Located in Prague, 1148 feet from the National Opera House, Myo Hotel Wenceslas provides accommodations with a bar and private parking. This 4-star hotel offers a tour desk and ticket service. Near historic and tourist places! 100% recomended 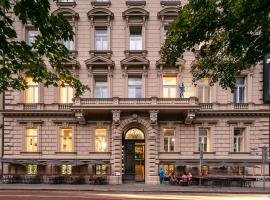 Located 1312 feet from Prague National Museum in Prague, MeetMe23 features a restaurant, bar and free WiFi throughout the property. A flat-screen TV is provided. lpractical location for the city / close to central station 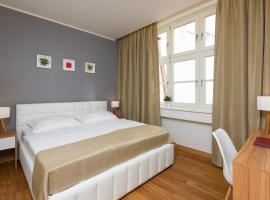 Boasting a shared lounge, Hotel Garden Court offers accommodations in Prague, 0.6 mi from Prague Astronomical Clock. With free WiFi, this 4-star hotel offers a 24-hour front desk. Overall my stay was amazing. To start of with the check-in. 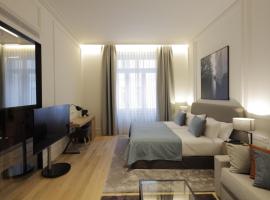 Located 1969 feet from Old Town Square, BoHo Prague Hotel offers air-conditioned accommodations in Prague. The hotel belongs to the Small Luxury Hotels of the World group. From the moment we arrived at the hotel we were looked after extremely well. 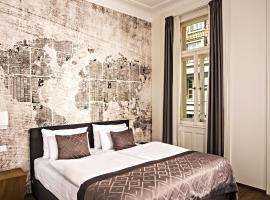 This 4-star designer hotel in a historic building in the center of Prague is just a quarter mile from Wenceslas Square and less than half a mile from Old Town Square. Free Wi-Fi is available. First of all the staff are so helpful and calm.

The luxurious 5-star Carlo IV, The Dedica Anthology, Autograph Collection is located in the center of Prague, a 10-minute walk from Wenceslas Square. The hotel is conveniently located, not far from the railway station and Prague bus terminal.

Located right in the heart of Prague, only 328 feet from Wenceslas Square, this 5-star Art-Deco hotel first opened in 1932. All rooms have a Nespresso coffee machine. The staff is very professional and attentive. The rooms are very comfortable. Good location. 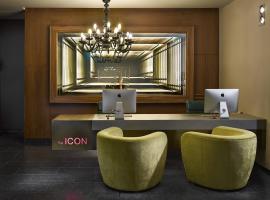 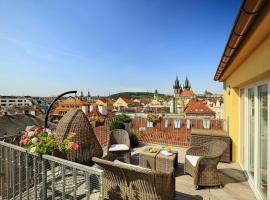 The Grand Hotel Bohemia is located in the heart of Prague overlooking the red roofs of the Old Town, few steps from the Powder Gate and 656 feet from Namesti Republiky Metro Station and Palladium... Friendly stuff at the desk.. thanks for kindness... 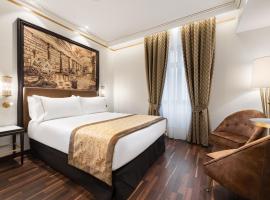 Featuring a bar and a shared lounge, Eurostars Legends is located in Prague, less than 0.6 mi from Prague Astronomical Clock and a 12-minute walk from Municipal House. The rooms are big, very comfortable and modern. Attractively set in the Prague 1 district of Prague, Miss Sophie's Downtown is located a 10-minute walk from Historical Building of the National Museum of Prague, 1.8 miles from Municipal House and... The value for money is just unbelievable

1.4 miles from Prague Astronomical Clock, Dependance Golden Crown is located in Prague and has free WiFi, a tour desk and a ticket service. Very good location near metro station. 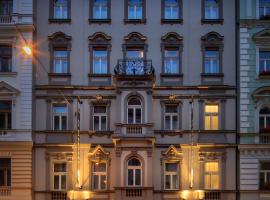 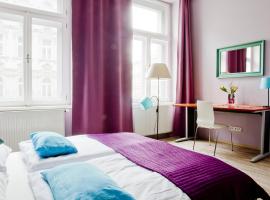 The stylish Royal Court Legerova with a fully equipped kitchenette are located in the heart of Prague's New Town, a 2-minute walk from the I.P.Pavlova metro and tram stop. We liked almost everything. The staf is cheerful and nice. :) The apartment was on the highest...

Centrally located in Prague, a quarter mile from I. P. Pavlova Metro Station and less than half a mile from Wenceslas Square, Hotel Sunrise was opened in 2012 and features stylishly decorated rooms, a... Fantastic hotel, spacious rooms and lovely staff! Would definitely recommend! 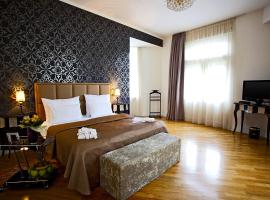 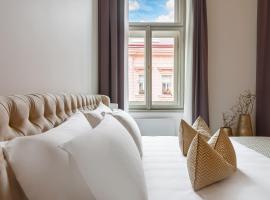 Located in Prague, MH Suites Palace is set in 2 buildings; a Renaissance Revival palazzo from 19th century on Halkova Street and a functionalist building right behind it, both reconstructed in 2016 by... Clean white rooms, quiet, FANTASTIC location away from all the tourists - but still in the heart of...

The elegant Majestic Plaza is located right in the heart of Prague, only 984 feet from famous Wenceslas Square. Amazing hotel and good location 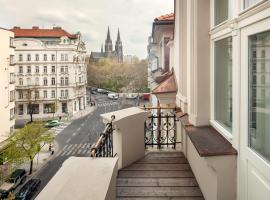 0.7 mi from Prague National Museum, Elizabeth Suites is located in Prague and provides free WiFi, concierge services and a ticket service. All rooms feature a kitchenette and a private bathroom. Everything was perfect for us. It was a good thing we could check-in after the time intervall. 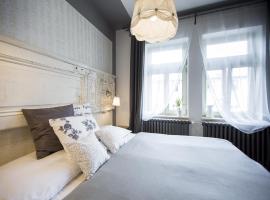 Miss Sophie's offers boutique hotel accommodations in Prague New Town, 2297 feet from Wenceslas Square. Guests can enjoy the on-site bar and the reception is open for 24 hours. Love the boutique features, really a gem to stay at and princely located close to amenities and key... 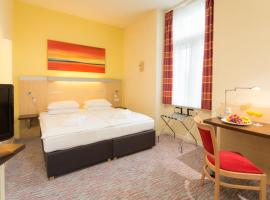