Find the perfect place to stay in New York

Top things to do in New York

Where to find art and culture in New York

Find a great area to stay in New York

Including tips for the best time to visit New York

Visiting New York City is sort of like déjà vu – countless films and shows are filmed here, so all the yellow taxis, hot dog vendors, and crazy Manhattan lights always feel strangely familiar. It's also home to the world's most famous skyline, dominated by the Empire State Building, an Art Deco masterpiece. Constantly reinventing and setting new trends in fashion, food, and art, the city is also a major hub for finance and trade with the famous Wall Street at its core.

The city is split into the boroughs of Manhattan, Brooklyn, Queens, The Bronx, and Staten Island, and each has its own unique feel. Manhattan is home to hip neighborhoods like the Greenwich Village and SoHo, while Brooklyn has its Botanic Garden, the New York Aquarium, and the famous Coney Island boardwalk. A ferry from Battery Park to Ellis Island offers incredible views of the city before reaching the fascinating Immigration Museum. You'll also sail past the iconic Statue of Liberty with plenty of time to take photos from all angles.

Broadway shows are second to none, featuring a variety of major musicals and plays. The enormous Central Park offers an oasis in the middle of all the busle, perfect for a peaceful stroll past its lakes, outdoor theaters, and ice-skating rink.

New York is served by three major airports: JFK, Newark Liberty International, and LaGuardia, with public transportation options available at each one.

Points of interest in New York

Stay near the top sightseeing spots in New York

Inspiration and insider tips for things to do in New York 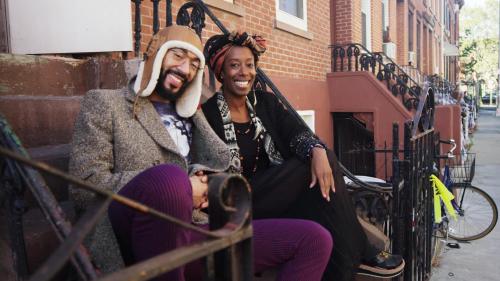 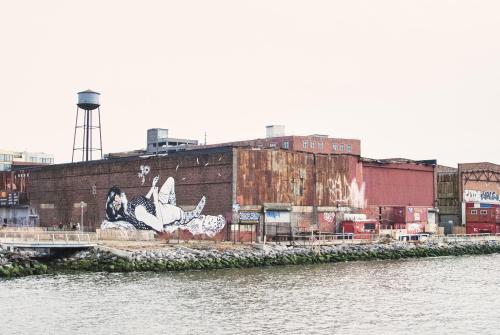 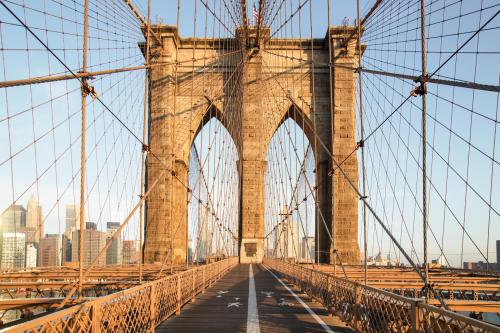 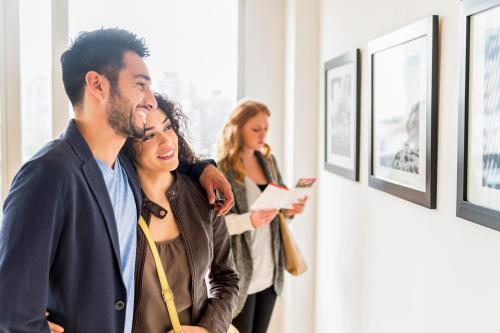 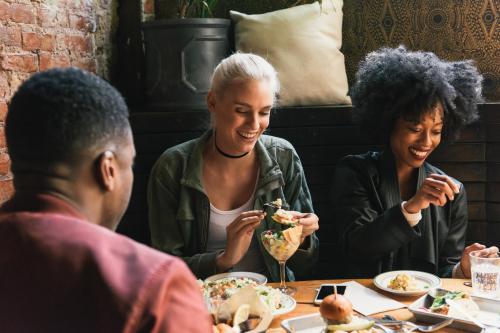 What other travelers say about New York

I'm a small town, southern girl and had always been intimidated by NYC. I took my three girls for a long weekend and we had the best experience ever! The people were nice! The subway was very easy to finesse when using Google maps app! The food was excellent! We ate at Bar Primi Italian eatery and it was absolutely wonderful! The gelato was off the chain! We ate at Tour Les Jour bakery and discovered milk bread, and oh my word!!! It was like heaven food!!! Sal and Carmine's Pizza was the best we've ever tried. The MET was exceptional and we could have spent more time there. Brooklyn's Bagels was right around the corner and so delicious!!! Most importantly, my daughter said "YES" to the dress at Kleinfeld's! I am already planning to go back! I love NY!

Getting around New York was so easy due to the location of our Hotel. The Luma doorman was there everyday to point us in the right direction and gave great directions. He was so kind and friendly. All the people that work at this hotel were extremely kind, friendly, and helpful. We hit everything. Time Square, the museum, Empire State building, Broadway, "Wicked" so cool. Shopping, sight seeing,, central park, Our favorite eating place was the Luma restaurant. Amazing food and service. HAPPY HOUR WAS GREAT TOO!!!!!!! And two doors down was Maman--a great place for breakfast and coffee. Super Shabby Chic.

I've spent plenty of time in NYC, as I was raised in this part of the country but since leaving the area, I miss it a lot. I miss having the access to just about anything, I miss the food, OMG THE FOOD! I miss the subway. I mean there is so much to do, great stores, sights, restaurants, shows, museums, etc. It is expensive to find places to stay but if you really do your research it can be rewarding to find some decently priced places. There is a lot in NYC, expensive and inexpensive. You don't have to get fancy, just get walking.

Luckily the weather was much better than we were prepared for, you never know about Winter weather! We had a blast, ate some amazing food, saw almost everything we wanted to see. Everything was super expensive, spent more than we thought we would, but not really surprised since we did a lot of research prior to the trip. We will definitely come back though!

Great trip, just recommend planning with city hours, almost all attractions open after 10, and close before 6 (except the rooftops observatories), if possible stay for at least 6 days, and don't forget to visit Brooklyn!

Central terminal is an icon. What a place. 911 museum…no words! Saw funny girl. FANTASTIC play. Bowery meat company is a must if you’re a steak lover. Loved seeing Macys and Empire State bldg. carriage ride in Central Park was a gorgeous day. Expensive but worth it!

Other accommodations in New York

Other attractions and activities in New York

More things to do and see in New York