Enter your dates and choose from 17 hotels and other places to stay!

Explore and find hotels in Guinea-Bissau

Guinea-Bissau is a tropical country on West Africa’s Atlantic coast that’s known for national parks and wildlife. The port city of Bissau is the capital. Here, you can find plenty of old buildings steeped in history, as well as an interesting museum which displays objects collected from different ethnic groups around the country. Guinea-Bissau’s greatest asset, though, is the Bijagós archipelago, which floats just off the coast. Its main island, Bubaque, forms part of the Orango Islands National Park, where you can find turtle nesting sites and rare saltwater hippos lazing in lagoons. Bordering Senegal in the north is Varela, a laid-back beach town well off the beaten path. To reach it, you’ll have to cross rugged terrain from the town of São Domingos, but the rewards make the trip worthwhile, with white sands, crystalline water and pine forests lying in wait. Further north you’ll find Lagoas de Cufada Natural Park, a wetland region of creeks and thick mangroves, while hiking trails abound in Cantanhez Forest National Park, near the country’s southern tip. Accommodation is quite limited to hotels in Bissau, though there are a handful of others, plus a few eco-lodges, found on the islands. 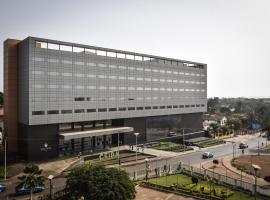 Located in Bissau, 300 metres from Sports Fields, Ceiba Hotel Bissau provides accommodation with a restaurant, free private parking, an outdoor swimming pool and a fitness centre. This Hotel is gorgeous!!! I was astonished with amount of traditional local art work! It's a mix of traditional and luxury!!! The facility is well designed 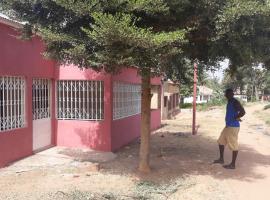 Set within 1.2 km of American Embassy and 2 km of NGO Accao & Desenvolvimento in Bissau, The Safety Place in Bissau offers accommodation with seating area. Private parking is available on site. 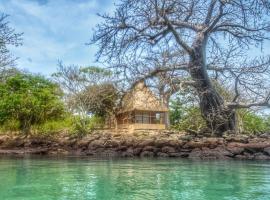 Located 27 km from Orango Islands National Park, African Ecolodge Angurman provides accommodation with a restaurant, a bar and a 24-hour front desk for your convenience. All what you need if you are searching for being close to the nature. Small lovely island where you can easily find place to relax. The lunch and dinner was fresh and very tasty. Easily to get there from Bubaque with a small boat from the hotel. 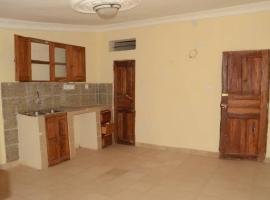 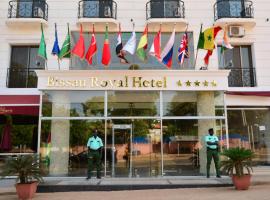 Located in Bissau, 200 metres from Amilcar Cabral, Bissau Royal Hotel provides accommodation with a restaurant, free private parking, an outdoor swimming pool and a bar. In general the staff was friendly, the breakfast was tasty, clean rooms and nice relaxing area at the 6th floor, at the pool. 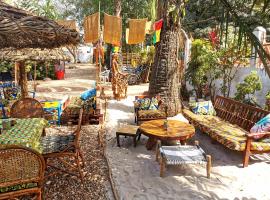 Mango Lodge features a restaurant, bar, a shared lounge and garden in Bubaque. Among the various facilities are water sports facilities, massage services, as well as barbecue facilities. Owner Mimi and manager Sise are wonderful hosts. Also the rest of the team that takes care on a daily basis that everything goes as it should. The location is beautiful, very close to the port, so you don’t need transportation. The price of accommodation and all the other things they offer are human friendly. Or in other words “a lot for little money”. I hope they maintain this in advance. Greetings Sebastjan from Slovenia 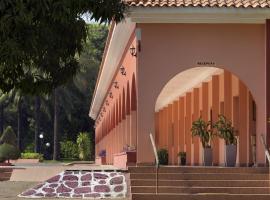 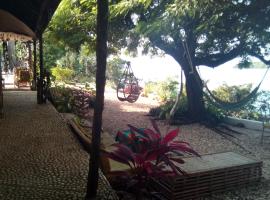 Boasting accommodation with a patio, Saldomar B&Biosphere is located in Bubaque. Situated on the beachfront, this property has a restaurant, a bar and a garden. My and girlfriend stayed for 2 nights at SaldoMar. We had a truly magnificent stay because of the very special location but mostly because of our host Melchor. His hospitality makes you feel at home and his skills in the kitchen are really outstanding. All of this, for a very friendly price, especially compared to the other hotels on the islands. The rooms and bathrooms are clean everything is well maintained, the garden has a great view and is perfect for reading a nice book with a cold drink. I would highly recommend everyone to stay with Melchor or at least have a high quality meal cooked with Spanish love. Muchas gracias y hasta pronto!

This hotel in Guinea-Bissau has been booked once