Enter your dates and choose from 1,480 hotels and other places to stay!

Explore and find Hotels in Myanmar

Myanmar is rapidly becoming one of the most popular destinations in Southeast Asia, but crucially, it remains a rural and devoutly Buddhist nation of traditional values. Its commercial capital, Yangon, boasts a beguiling mix of gold-gilded pagodas, old British architecture and modern hotels. The Shwedagon Paya, believed to enshrine strands of Buddha’s hair, is undoubtedly the highlight. Watch its gold-leaf veneer glint under the setting sun, or go at dawn to avoid the crowds. Beyond Yangon, there are more wonders waiting. Gawk at the Golden Rock of Mount Kyaiktiyo, perched precariously on the edge of a chasm. Glide down the Irrawaddy River in an old steamboat. Discover the stilt villages and floating gardens of Inle Lake. Or trek through rolling countryside to remote mountain towns in the Shan Highlands. And then there’s Bagan. The 3,000 or so temples scattered across this historic plain are the result of a frenzied wave of pagoda building that took place between the 11th and 13th centuries. Venture inside the great brick and stucco frame of Ananda Temple to find four standing Buddha statues with bodies of solid teak, and later, watch the sun sink beyond the stupa-pierced skyline from a hot air balloon – a perfect finale to an adventure-packed break. The people of Myanmar are very friendly and eager to introduce visitors to their culture. You can stay with them in guesthouses across the country, or indulge in a luxurious hotel or villa in cities such as Yangon, Mandalay and Naypyidaw, Myanmar’s administrative capital. 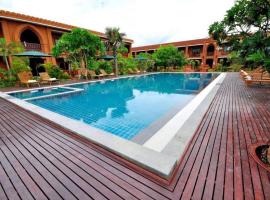 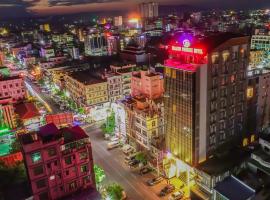 Set in Mandalay, 800 metres from Sri Ganesh Temple, Dragon Phoenix Hotel offers accommodation with a restaurant, free private parking, a bar and a shared lounge. Superior room is a bit small and probably most of them are in lower floors. 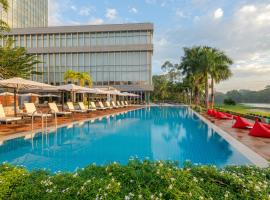 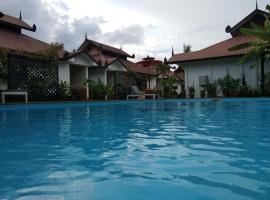 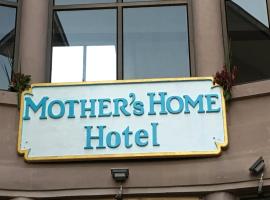 Located within 1.1 km of Mingala Market and 5 km of Red Mountain Estate Vineyards, Mother's Home Hotel provides rooms in Nyaung Shwe. Great breakfast selections on top of rooftop and spacious room. Only take a few minutes walk to the jetty if you would like to hire a taxi boat for sightseeing in Inley lake. Mother's home is within walking distance to a restaurants, money changer and motorbike rental. Outside laundry is offered. 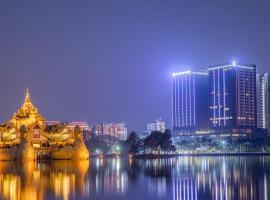 Wyndham Grand Yangon features a restaurant, outdoor swimming pool, a fitness centre and bar in Yangon. Absolutely amazing!!! Everything! Great location in front of the lake Huge room and fantastic design and fabrics Huge bathroom with shower and bath Pool is so big ! Gym is outstanding! As a professional one Breakfast in a never seen !!! All what you wish with fantastic products! Staff is so nice and helpful! My best stay ever since I n traveling 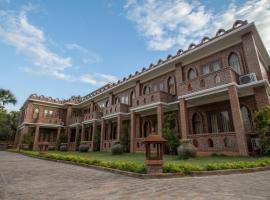 Situated in Bagan, 700 metres from Shwe Leik Too Temple, Bagan Billiken Hotel features accommodation with a restaurant, free private parking, a garden and a terrace. Love the staff! They are so helpful and very welcoming! They helped us on everything! Food was really good in their breakfast buffet! Great location too! You are in the middle of everything! Also their rooms are very spacious! Will come back definitely! 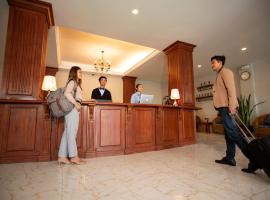 Featuring free WiFi throughout the property, Royal Nyaung Shwe Hotel offers accommodation in Nyaung Shwe, 500 metres from Mingala Market. Guests can enjoy the on-site restaurant. Everything was perfect. We loved it. 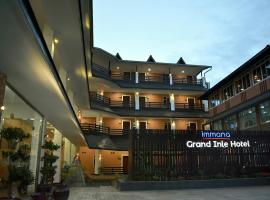 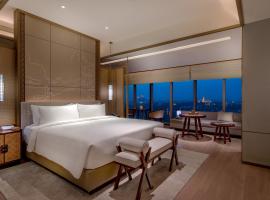 Featuring breathtaking city views of Yangon, Pan Pacific Yangon boasts luxuriously furnished rooms and suites, an outdoor infinity pool as well as spa and fitness centre. Great location and extremely friendly staff who could not do enough to help. 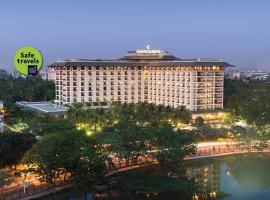 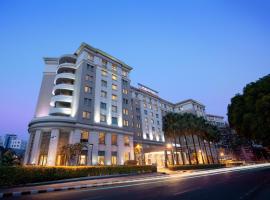 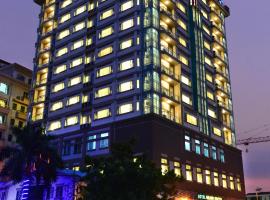 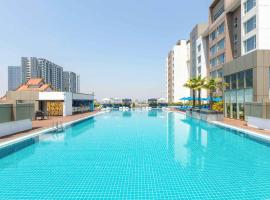 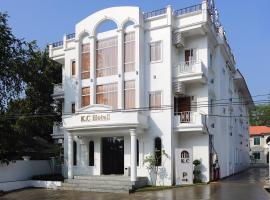 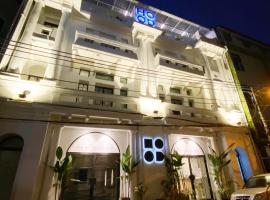 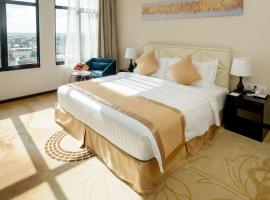