Enter your dates and choose from 567 hotels and other places to stay!

El Salvador is somewhat of an enigma. Although it’s the small country in Central America, it’s also the most densely populated and home to 25 volcanoes and 14 lakes. Supreme surf spots, black-sand beaches and compelling national parks show that size doesn’t matter and it’s what's on the inside that counts. Divided in East, West and Central regions, the capital city of San Salvador finds itself naturally in the latter. Flanked by green-tinted volcanoes, the city boasts a convenient location close to the ocean and the mountains, making day trips to natural wonders a piece of cake. San Salvador’s famously wide avenues and boulevards are lined with a variety of museums, theatres and various restaurants and bars. The rest of the country is a playground for nature lovers and adventure addicts, with some of the best surf sites located at La Libertad, El Sunzal, El Zonte and El Cuco. History buffs will enjoy exploring the Mayan ruins at Tazumal and San Andrés, as well as the preserved Mayan village of Joyas de Ceren. A wide range of small hotels and hostels can be found around the country and particularly in San Salvador, as well as luxury villas and self-catering apartments. 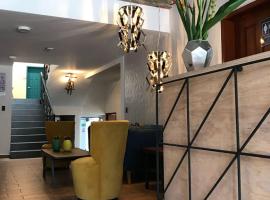 Situated in San Salvador, 4.3 km from San Salvador Bicentennial Park, Hotel Citlalli features accommodation with a garden, free private parking and a terrace. This place was awesome! Very comfortable, welcoming feeling, like you're staying at a relative's house. The rooms were very spacious. A/C worked great, and restrooms were very clean. The staff were all very friendly. It is also located in a very safe side of town. With access to lots of really good and new restaurants, and of course some traditional restaurants.

Located in San Salvador, 10 km from San Salvador Bicentennial Park, Hotel Boutique Andalucia provides accommodation with a garden, free private parking and a terrace. Great place to stay, you will find everything you need! Really friendly and helpful staff. I definitely recommend! 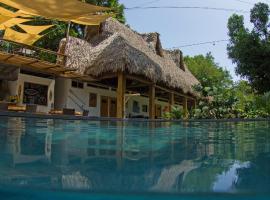 Featuring a bar and water sports facilities, Hotel Michanti is located in El Zonte. With a restaurant, the 3-star hotel has air-conditioned rooms with free WiFi, each with a private bathroom. Loved the service at Michanti. The staff were very accommodating and the overall vibe of the place was great. Food was delicious and our rooms were very clean. 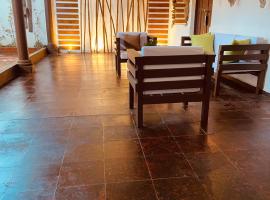 Casa Hotel Santa Lucia offers accommodation in Suchitoto. Boasting family rooms, this property also provides guests with a terrace. I loved the room service, all employees are friendly and helpful, food is super good, the room was very clean, good coffee and lovely rest area. I definitely come back in my next vacation my kids spend a good time too. Thank you so much Casa Hotel Santa Lucía ❤ 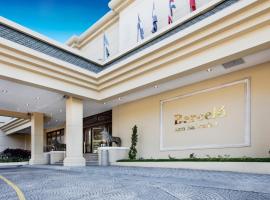 Offering an outdoor pool and spa centre, Barcelo San Salvador is set in San Salvador in the San Salvador Department Region, 1.8 km from San Salvador Bicentennial Park. Guests can enjoy the on-site... we liked the premises , the location, the food, but most importantly the members of staff at the restaurant, 11th floor reception and the gentlemen at the main reception they were all great! we were delighted to find out the hotel had a laundry room which, in these covid times, was a big saver as we could wash and disinfect our clothes at all times. the restaurant staff was very helpful, good to know: one can get doggy bags and they will heat it for you later on. they were all very helpful and all done with a smile:)

Palo Verde features a restaurant, outdoor swimming pool, a bar and garden in El Zonte. Featuring family rooms, this property also provides guests with a terrace. Everything was so perfect, all the people so friendly service is amazing!! 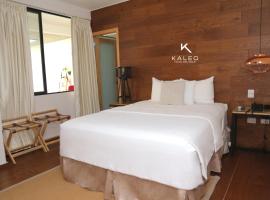 Situated in San Salvador, 3.1 km from San Salvador Bicentennial Park, Kaleo Hotel Boutique features accommodation with a shared lounge, free private parking, a garden and a terrace. The place is beautiful, clean and comfortable. Every aspect of my stay was wonderful. The staf was kind and the place is quiet. Everything looks new and has a pretty nice design. 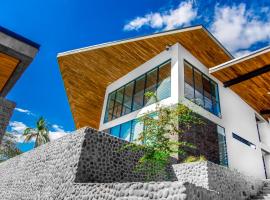 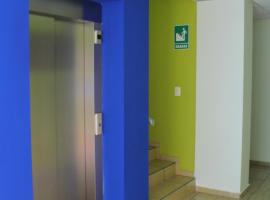 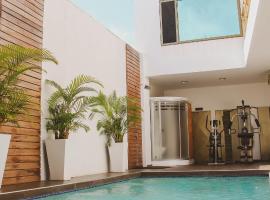 Set in Santa Ana, Remfort Hotel features a terrace. This 3-star hotel offers room service and free WiFi. The hotel offers an outdoor swimming pool, fitness centre and a 24-hour front desk. The breakfast was delicious, the staff was very helpful and friendly, starting with the security, the front desk, the cleaning crew and the kitchen ladies, I definitely go back and stay at this place and of course, I recommend it to family and friends and I enjoyed the mariachis playing at night time, also loved and enjoyed the noise of the city 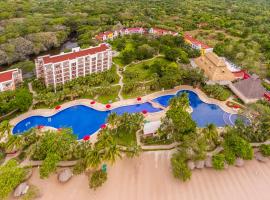 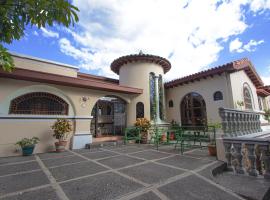 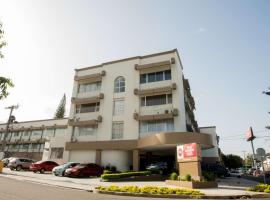 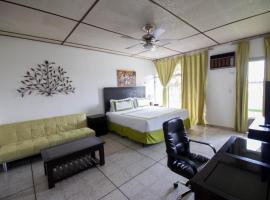 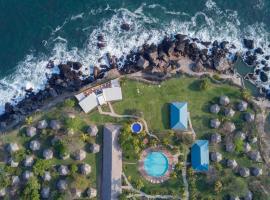 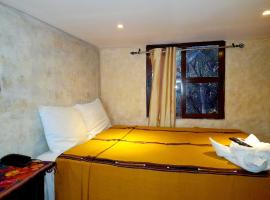 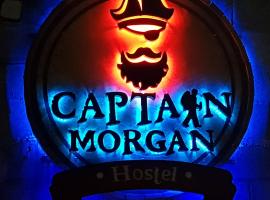