Enter your dates and choose from 223 hotels and other places to stay!

Explore and find Hotels in Zimbabwe

A land packed with natural wonders and dramatic landscapes, Zimbabwe boasts the key ingredients for an unforgettable African adventure. Its magnificent calling card is Victoria Falls, a thundering, mile-long curtain of water, which straddles the border with Zambia. You can see the falls from the bottom, the top or a helicopter – a pricey but worthwhile investment. And if you’re feeling brave, you could even go white-water rafting or arrange a bungee jump off the 128-metre-high Victoria Falls Bridge. Beyond this, there is a wilderness of grassy savannas, game plains and forest reserves. The massive Hwange National Park is home to the ‘big five’ – lion, elephant, rhino, leopard and buffalo – among other animals, as well as some 400 species of bird. Go on a safari adventure here in summer to see the animals congregated around the park’s 60 waterholes. To the north, Matusadona and Mana Pools national parks shelter more wildlife, while the rolling hills and granite peaks of the Eastern Highlands offer a completely different outdoor experience. In between all this lie big cities with urban appeal. Harare, the capital, prides itself on a laid-back culture of trendy bars, craft markets and high-end restaurants. And Bulawayo, the second biggest city, highlights Zimbabwe’s history with a selection of museums and galleries. But this history is best observed in Great Zimbabwe, the stone ruins of an ancient city thought to have been built during the Iron Age. Found near the city of Masvingo, you can explore these ruins with a guide to get some perspective. A good variety of hotels, hostels and guesthouses can be found in Harare and Bulawayo. There’s also plenty on offer in Victoria Falls, and camping options in the national parks. 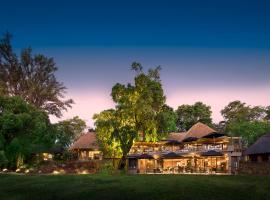 Situated in Victoria Falls, 2.2 km from The Stanley and Livingstone Private Game Reserve, The Stanley and Livingstone Boutique Hotel features accommodation with a restaurant, free private parking, an... Exceptional breakfast, large rooms-- staff was friendly and hard working. Loved being able to see animals near the property. Comfortable bed and bedding. The grounds are beautiful. Enjoyed the ability to have room service. 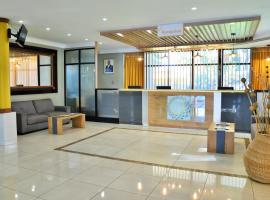 Cresta Oasis Hotel is set in Harare, 600 metres from Anglican Cathedral. Guests can enjoy the on-site restaurant and the hotel features free WiFi throughout the property. Friendly stuff,the place is brilliant though a bit pricey.. the food was nice too 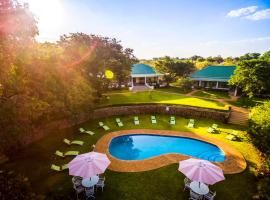 Batonka Guest Lodge features a restaurant, outdoor swimming pool, a bar and garden in Victoria Falls. Breakfasts were very good and nothing was too much trouble Staff and managment were outstanding 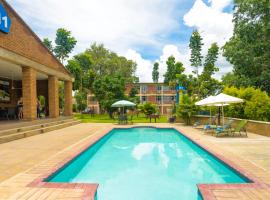 Situated 2 km from the Victoria Falls Visitors Centre, N1 Hotel & Campsite Victoria Falls offers accommodation with a 24-hour front desk and an outdoor swimming pool. Overall the hotel was excellent value for money. In spite of its age it was comfortable, clean, air conditioned and very fit for purpose. 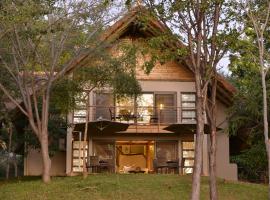 Set in Victoria Falls, 3.1 km from Elephant's Walk Shopping & Artist Village, Victoria Falls Safari Suites offers accommodation with a restaurant, free private parking, a bar and a shared lounge. Loved everything about our stay. The staff were amazing, super friendly and helpful, the food was excellent and the vibes very welcoming. 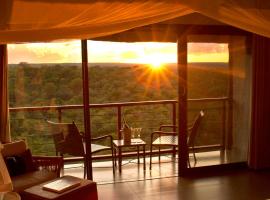 Victoria Falls Safari Club is a premium boutique hotel located 6 km from the Victoria Falls bridge. This property features a viewing deck overlooking the game corridor to the Zambezi River. Everything, the staff are amazingly friendly and helpful. The room was out of this world and to watch game from your balcony, wow. So many complimentary things, minibar, laundry, afternoon tea, sundowners. Club bar/dining room esquisite. They even lend you Swarovski binoculars. Lovely exclusive use pool and deck with bushveld view 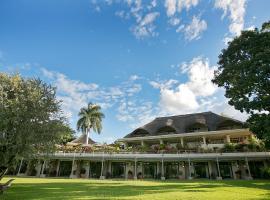 Located within an 2 km of the Victoria Falls, Ilala Lodge Hotel is a family-run hotel set in expansive gardens. Ilala was a beautiful place to call home for a few days in between adventures and camping. I really enjoyed all that it had to offer: amazing chefs who catered to my vegan diet, pools and lounging, proximity to the Falls. It was exactly what I needed to revive and re-fuel for my next journey. The property itself, is well maintained and gorgeous. Thanks to the fantastic staff who chatted with me as much as I wanted and took the time to go the extra mile, making my stay great. Will definitely visit again one day. 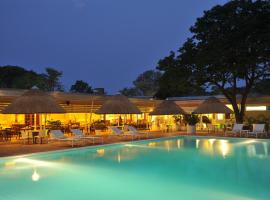 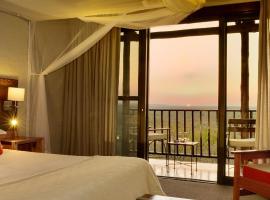 Situated in Victoria Falls, within 5 km of the Victoria Falls Bridge, Victoria Falls Safari Lodge offers 4-star accommodation with a garden, a terrace and a bar. Following a marriage proposal to my girlfriend at Victoria Falls earlier in the day, the staff helped me ensure the afternoon and night continued to be the most memorable with a seamless check-in! They were all so complimentary and accommodating. The concierge all spoke great english and the waiter helped us relax and unwind with a cocktail overlooking the water hole surrounded by elephants as the sun disappeared over the horizon. The Boma Dinner Experience is a must! Bring empty bellies, your drumming hands and your dancing shoes! The rooms at Victoria Falls Safari Lodge had amazing air conditioning, showers and the bed was so comfortable and massive! We didn’t want to leave. There are WiFi boosters around the property which was very welcome! We lay by the pool on the lounges during the afternoon the following day, sipping on frozen margaritas between swims. The free Vulture feeding at 1pm everyday is definitely worth a look and takes approximately 30-mins. The guide who runs it was very informative and he has a great sense of humour for all ages. There is also a free shuttle that does a round trip every hour to help you navigate your way to and from the Vic Falls, bank and town. If crossing the nearby boarder from Zambia, expect delays and seek plenty of advice prior to crossing. A guide or transfer is recommended to assist. 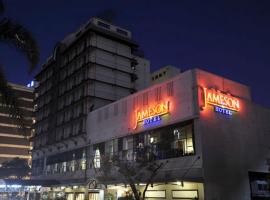 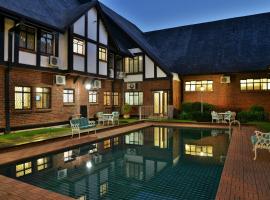 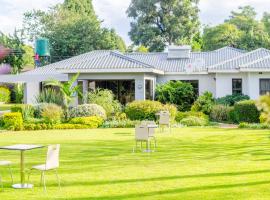 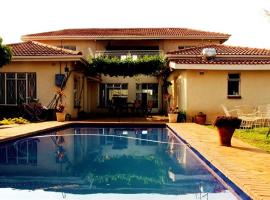 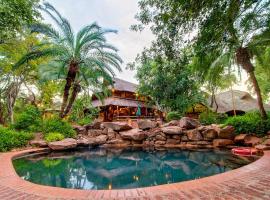 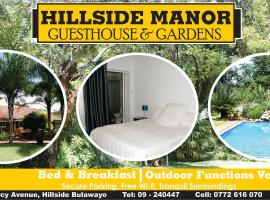 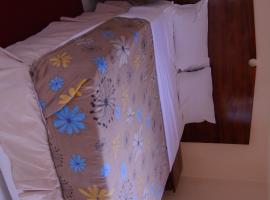 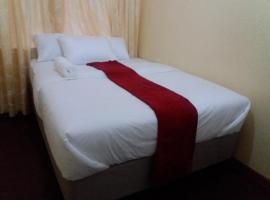