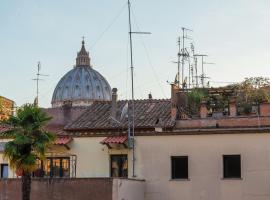 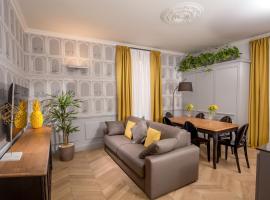 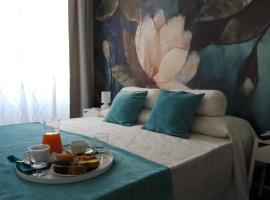 Domus Crescenzio - Guest House is centrally located in Rome and features modern-style rooms and free WiFi throughout. The Vatican is just a 10-minute walk away. 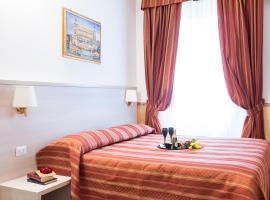 Offering river views, a shared lounge and free WiFi, Domus Giulia has accommodations attractively located in Rome, within a short distance of Piazza Navona, Campo de' Fiori and The Vatican. 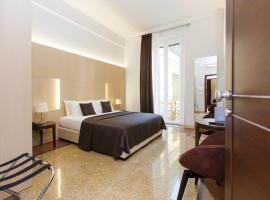 Set a 10-minute walk from St. Peter's Square in Rome, Domus Terenzio offers a garden, free WiFi throughout and elegant accommodations. Castel Sant'Angelo is 2297 feet away. 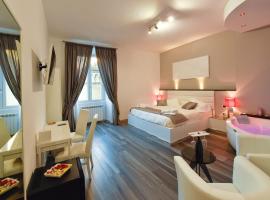 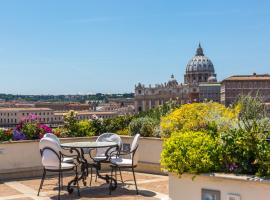 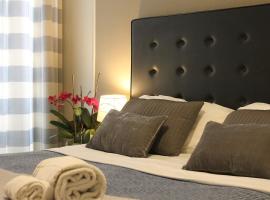 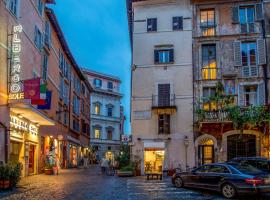 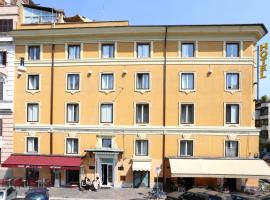 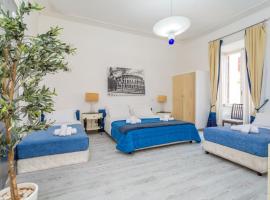 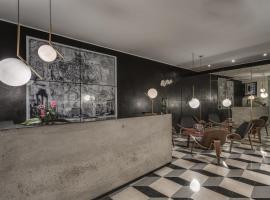 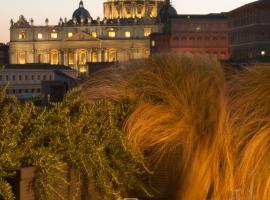 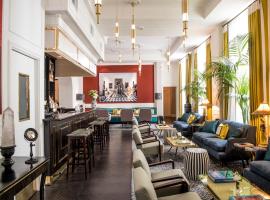 Offering free WiFi throughout, Hotel Vilòn is set in Rome historic center, 656 feet from Via Condotti. The property is located a 6-minute walk from Piazza di Spagna and 1640 feet from Via Margutta. The hotel is small but the location is perfect, the staff were excellent and you do feel home in... 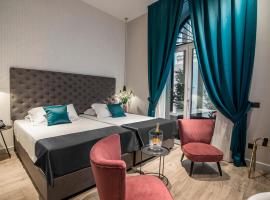 Featuring free WiFi throughout the property, Navona Street Hotel offers a furnished courtyard and modern accommodations in the center of Rome, 1640 feet from Piazza Navona. Highly recommended. The perfect stay and wonderful staff. We loved the Navona Street Hotel. 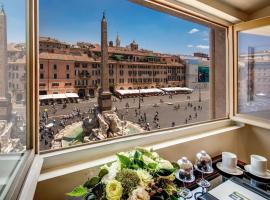 Boasting a panoramic terrace with views of Piazza Navona, St. Peter's Basilica and the Pantheon, Eitch Borromini Palazzo Pamphilj is set in a historical building from the 17th-Century, designed by... The view and the location. Very friendly staff, very clean room, Just perfect. 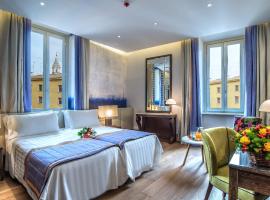 Located in the Navona district in the heart of Rome, 164 feet from Piazza Navona, Hotel Martis Palace features a terrace. Guests can enjoy the on-site bar. Very comfortable rooms Perfect location for visiting and ahopping 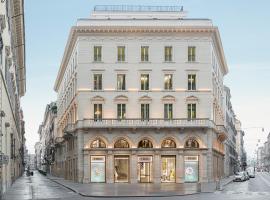 Fendi Private Suites is located in Rome, a few steps from the popular Via dei Condotti, and 1640 feet from Piazza di Spagna. Stunningly modern interior.. just by the Spanish Steps in the heart of Rome. Wonderful service too.

Located in the heart of Rome, the Navona Theater Hotel is set just a 5-minute walk from Piazza Navona Square. It offers air-conditioned rooms with free WiFi. The hotel was exactly what we were looking for. Nice, cozy, quiet and in a very good location. 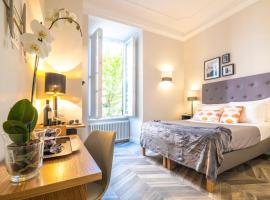 Located in Rome and with St Peter's Square reachable within 1.2 miles, Eccelso Hotel provides express check-in and check-out, allergy-free rooms, a bar, free WiFi and a shared lounge. Everything clean, employees where very friendly and helpfull.

Set in a historical building in Rome's elegant Prati district, Suites Farnese offers stylish rooms with free WiFi and a 40" flat-screen TV. Location is great, right in the heart of Prati. The room was perfect and super clean. 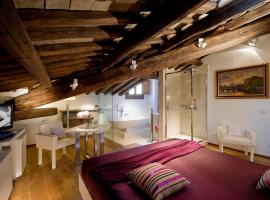 Gigli D’Oro Suite is a boutique guest house set in a 15th-century building, just off the historic Piazza Navona square. Its spacious suites offer luxury bathrooms, an LED TV, and free internet. breakfast was very good. Staff was very helpful, friendly, and courteous and did all the extras to... 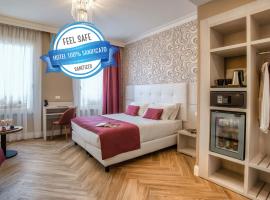 In one of Rome's elegant shopping and residential districts, The Boutique Hotel is within 2297 feet of Saint Peter's Basilica and the Vatican City. WiFi is free throughout the property. Beautifully "new" hotel - remodeled in an existing building.

Hotel San Valentino is a 2-minute walk from Lepanto Metro, on the same line as the Spanish Steps and Rome Termini Station. It features an elegant week-day restaurant and modern, air-conditioned rooms.... We loved the room, the location, the friendly staff and the wonderful breakfast and coffee.

Located in Rome’s center, Hotel Sole Roma features free WiFi throughout and a furnished terrace offering views of the city’s rooftops. The room was very clean and renewed. The staff was very nice and caring.

Featuring a bar, Il Campo Marzio is located in Rome in the Lazio region, a 7-minute walk from Pantheon and 0.4 miles from Trevi Fountain.

Offering stylish rooms with free WiFi, J.K. Place Roma is located in the heart of Rome with the Spanish Steps and the Pantheon each a 10-minute walkaway. A breakfast à la carte is included. The hotel was very nice. The bathroom was very clean. 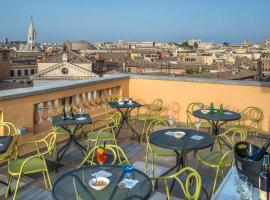 Centrally set in Rome, Hotel Damaso is 492 feet from Piazza Navona and a 2-minute walk from Campo de' Fiori. The room was wonderful, location perfect and close to the centre of the city and so many sites. 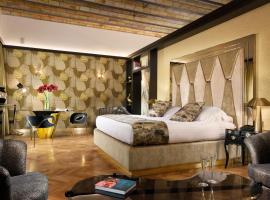 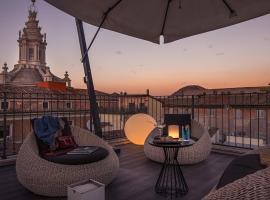 Just 325 ft from Piazza Navona square, the 4-star Palazzo Navona Hotel is in the heart of Rome. It offers free Wi-Fi throughout, a terrace, and air-conditioned rooms with modern décor. The hotel is very clean and the location is very good. Its close to everywhere. 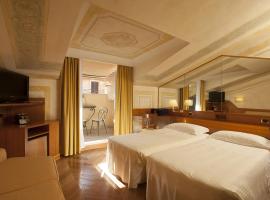 Just 220 yards from St Peter’s Basilica, Sant’Anna Hotel is a 17th-century building offering elegant rooms and interiors in central Rome. Wi-Fi is free and a varied continental breakfast is available.... Never thought I would come back here.

This building has plenty of stories to tell. Originally built in the 2nd century as a mausoleum for the emperor Hadrian, it didn’t take long for it to be converted into a military fortress. It was even connected to Vatican City by an underground tunnel – a convenient feature for Pope Clement VII when Rome was sacked by rebellious troops. Today, this distinctive round chameleon of a building is a military museum.

Other popular places near Castel Sant'Angelo