Start travelling again to receive 10% (up to £200) back in travel credit after your next stay.

Situated in Amman, 3.9 km from Al Hussein National Park, Park Plaza Hotel features accommodation with a restaurant, free private parking, a shared lounge and a terrace. I liked everything; the furniture, food, attention to the guest, High level of hygiene, thank you for the special nights I spent and keep up the good work 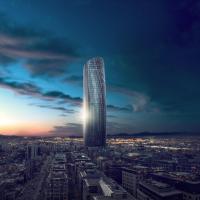 Located in the central business, social and residential destination, Amman’s new downtown, Al Abdali, Amman Rotana is the first tower hotel in Jordan offering 412 lavish rooms and suites, housed... Everything was BEYOND amazing! This hotel truly deserves for the 5 stars. We felt like royals. Highly recommend!

The high-rise Mövenpick Hotel Amman is set in a business district near government offices, the property is 30 minutes' drive from exhibitions at Amman International Fair and a comfortable base for... Friendly staff, clean, good location and comfortable beds. 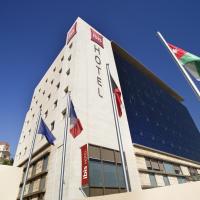 Ibis Amman offers contemporary accommodation opposite Amman Mall, surrounded by the city’s business and diplomatic district. The location and hotel was perfect!

Located in the heart of Abdali, Amman’s up and coming new downtown - W Amman Hotel uniquely stands tall as a contemporary and bold architectural statement, offering stunning views of bustling city’s... We were there for a night due to the outbreak of Coronavirus and having very early flights next morning. It’s a beautiful modern hotel with lovely amenities however due to Coronavirus all facilities was closed. Loved the location and walking distance to a lovely mall, located in a nice area. We were the 8th reservation for that day as everyone else cancelled due to Coronavirus. It was my husbands 40th Birthday, we were upgraded to their stunning suites on the top floor with views of entire Amman! That was awesome. 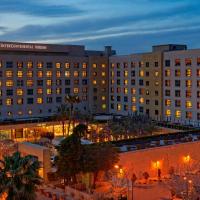 Combining contemporary facilities with local features, InterContinental offers stylish accommodation in Amman’s Diplomatic Area. I liked the staff being so cooperative and friendly they are professional and get the smallest detail tailored to customer need Great place to stay and make good memories Situated in modern West Amman, Geneva Hotel offers air-conditioned rooms with satellite TV. Facilities include an outdoor pool and a fitness centre. The City Mall is just 3.3 km away. Super fast check in. Clean room. Helpful staff They gave us an upgrade to a suite which was great. I highly recommend this hotel

Located in Amman, In front of Amman Chamber of Industry, The House Boutique Suites boasts air-conditioned rooms with free WiFi throughout the property. Everything was wonderful the staff were friendly and helpful, my family and I were travelling and we were very happy ,the room was clean and comfortable 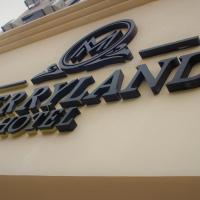 The Bristol Hotel is situated in the centre of Amman, close to the city’s business and commercial district. This 5-star hotel offers comfortable rooms, WiFi at an added fee and free parking. Everything was perfect. We travel for work to Amman from Wadi Musa and we stayed in different 5 stars hotel in the city. We can absolutely say that this is one of the best. Breakfast, comfort in the room, bathroom very clean and with good toiletries...even the brush!! perfect pressure of the water and very hot. Excellent heating in all the areas Newspapers also in English Good prices for extra services , coffee cheaper than in many coffee shops in the city! Walking distance to famous restaurants and malls but very quiet area. Everything absolutely perfect. Thanks to the kind staff 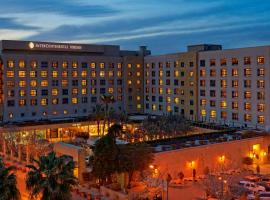 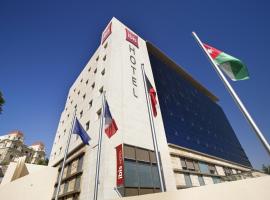 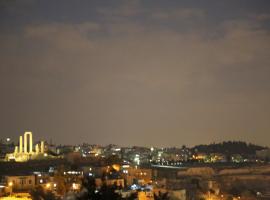 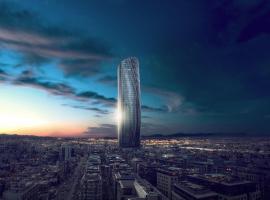 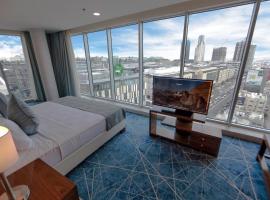 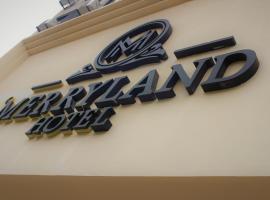 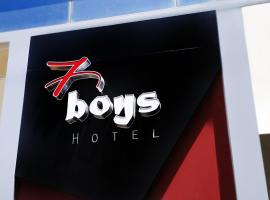 Located in the central business, social and residential destination, Amman’s new downtown, Al Abdali, Amman Rotana is the first tower hotel in Jordan offering 412 lavish rooms and suites, housed... Everything was BEYOND amazing! This hotel truly deserves for the 5 stars. We felt like royals. 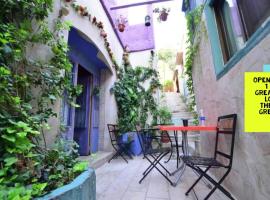 Featuring free WiFi, Zaman Ya Zaman Boutique Hotel offers accommodation in Downtown Amman. The hotel has a sun terrace and views of the Roman Theatre and guests can enjoy a meal at the dining area. The location is great,it's right in front of the Roman theater, breakfast is amazing and Mr. 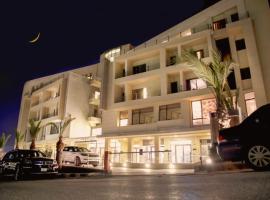 Located in Amman, 10 km from Al Hussein National Park, Lijam Hotel provides accommodation with a restaurant, free private parking, a seasonal outdoor swimming pool and a fitness centre. It was very good experience and I really like the bed it was so comfortable and cozy room also I...

Situated in Amman, 3.9 km from Al Hussein National Park, Park Plaza Hotel features accommodation with a restaurant, free private parking, a shared lounge and a terrace. I liked everything; the furniture, food, attention to the guest, High level of hygiene, thank you...

Located in the heart of Abdali, Amman’s up and coming new downtown - W Amman Hotel uniquely stands tall as a contemporary and bold architectural statement, offering stunning views of bustling city’s... We were there for a night due to the outbreak of Coronavirus and having very early flights next... 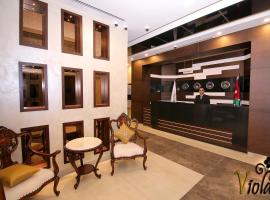 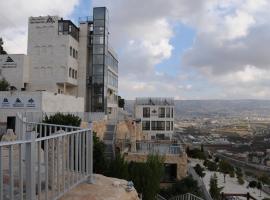 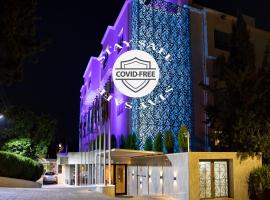 Amman International is a five star boutique Hotel , Ideally located at Queen Rania street , within a walking distance of Jordan university and Almadena Almunawara street which is one of the most... Friendly atmosphere. Excellent breakfast and good service. 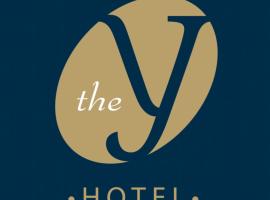 Featuring a shared lounge, garden and views of garden, THE Y is located in Amman, 500 metres from The Islamic Scientific College. People, room, food, view, complementary water and tea and coffee. 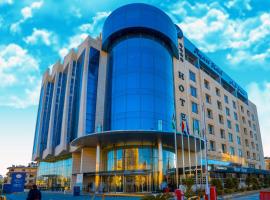 Ayass Hotel is located just 3.5 kilometres from Mecca Mall, City Mall, and it Includes a fitness center operated by “Vault Gym” with both mixed time and ladies only time and an expansive chic lobby. Very friendly staff happy to help in any way.

Amman Pasha Hotel is located right in the heart of downtown Amman. Its directly adjacent to the Roman Amphitheater and right next to the Amman Citadel (Jabal al-Qal'a) The Citadel and Rainbow Street... Best downtown location excellent staff live like local excellent view 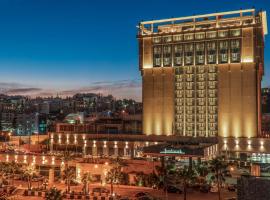 The elegant Landmark Amman Hotel & Conference Center is located in the heart of the diplomatic and business districts of Amman. It offers free Wi-Fi, an outdoor pool, and a fitness center. Outstanding! Beautiful rooms location and staff! 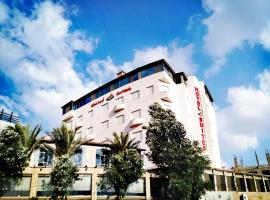 Panorama Amman Hotel is a 3-star property Among the facilities of this property are a restaurant, a 24-hour front desk and room service, along with free WiFi. This is a hotel to stay in, very comfy and quite. 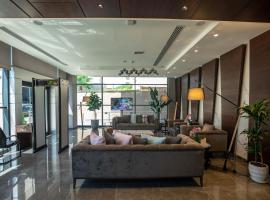 Set in Um Uthaina, The Compass Hotel has a bar. Boasting a 24-hour front desk, this property also provides guests with a restaurant. The accommodation features free WiFi. Mr.Mohammed General Manager of the hotel is very friendly person. 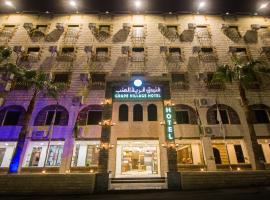 Situated in Amman, 7 km from Action Target / The Country Club, Grape Village Hotel features accommodation with a restaurant, free private parking, a shared lounge and a terrace. We had an outstanding trip at the Grape Village Hôtel. 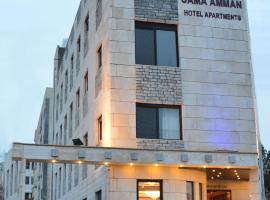 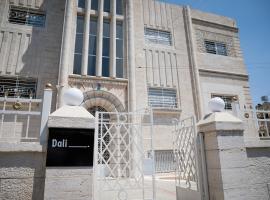 Located in Amman, 500 metres from Hashem Restaurant, Dali House provides accommodation with a restaurant, private parking, a bar and a terrace. This 3-star hotel offers room service and free WiFi. We stayed three weeks in Jordan and everytime we passed through Amman we stayed at Dali House.

Located in Amman, 4.3 km from Zahran Palace, Big Ben Hotel Suites provides accommodation with a restaurant, free private parking, a shared lounge and a terrace. The hotel manager is exceptionally hospitable, I was given a room on the floor of my choice, and he... 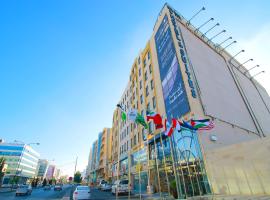 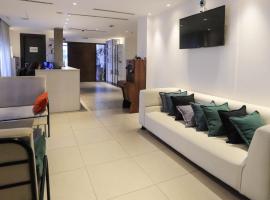 La Locanda Boutique Hotel is located on Jebel Webdeh Hill, a charming residential area in central Amman. It features simple rooms with private balconies and bathrooms. It also offers a restaurant. As usual, no place can makes you feel at home rather than this hotel.

Featuring free WiFi and a terrace, Seven Roses Hotel is a luxurious 4-star hotel in the center of Amman’s business district and it is only 5 minutes’ walk from Cozmo Shop Mall. We booked this hotel after seeing reviews on Booking.com. Our decision was right. 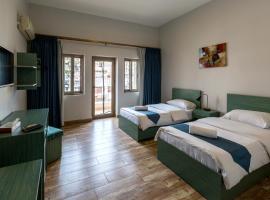 Located in downtown Amman, Sydney Hotel provides direct access to Jabal al-Qal'a and is a 5-minute drive from Rainbow Street. Great location, just steps from Rainbown Street and the mosque. The staff is exceptional.

FAQs about hotels in Amman

The rapidly expanding Jordanian capital, Amman is an economic powerhouse spread over various hills. Atop one sits the Citadel, containing remains of the Roman Temple of Hercules, a Byzantine church and an 8th-century mosque and palace.

Also here is the Jordan Archaeological Museum, and at the foot of the hill is a Roman theatre, part built in the rock. Modern housing blocks surround it, but the most avant-garde architecture is in the developing Al Abdali business district.

The tallest Amman structures will be the Jordan Gate Towers and will house one of the city’s high-rise hotels. International brands of restaurants and bar can be found alongside more traditional cuisine in Amman, and many eateries are in the large Mecca Mall and Grand City Mall, which also has a cinema.

Nearby is the desert-like vegetation of Al Hussein National Park, and the Royal Automobile Museum which features cars of King Hussein, ruler for over 40 years and after whom are named city sights such as the King Hussein Business Park and mosque. The King Abdullah I Mosque has a beautiful blue dome, while Abu Darweesh Mosque at Amman’s highest point is a striking black-and-white structure.