Enter your dates and choose from 71 hotels and other places to stay!

A largely undeveloped island nation populated by hundreds of different ethnic groups, speaking over 800 indigenous languages among them – it’s fair to say Papua New Guinea is something of a mystery for travellers. The main island is split evenly with Indonesia, though the half belonging to Papua New Guinea certainly has its fair share of natural riches. Lush rainforest, mountain lakes and active volcanoes are all found inland, while coral reefs and white-sand beaches overlap on the coasts. For an unforgettable view, head to the Highlands where Mount Wilhelm, the highest mountain in Oceania, looms large. Or embark on an adventure along the the many trails of the Kokoda Track, which crosses the Owen Stanley Range in the south. The southern region is also home to Port Moresby, the country’s bustling capital. Here you’ll find architectural landmarks like the National Museum & Art Gallery, which exhibits old artefacts recovered from tribal groups around the nation. Despite its natural beauty, its these ethnic groups that make Papua New Guinea truly unique. Each one has its own proud traditions, from elaborate dresses to enthralling song and dance rituals. Go during one of the many local festivals to see it all on full display. The bulk of accommodation can be found Port Moresby, with a range of hotel and spa resorts and private apartments on offer. There’s also a selection of seaside resorts to the south and on the volcanic island of New Britain. 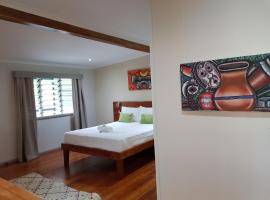 Set in Alotau, Masurina Lodge features a bar, shared lounge and free WiFi throughout the property. I liked the hospitality of the staff, the food and the room was exactly to my liking. I'm definitely coming back. 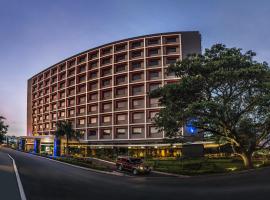 Hilton Port Moresby is located in the Hohola District of Port Moresby, boasting a mix of lifestyle and heritage Papua New Guinea. I did not have breakfast so I couldn't give an honest answer 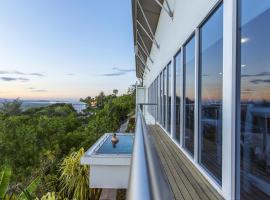 This stylish and award-winning luxury hotel is set in its own botanical gardens with stunning views over Bootless Bay to the mountains. The oversized room was wonderful. Staff were attentive, professional, helpful and friendly. Turn down service was a nice touch. 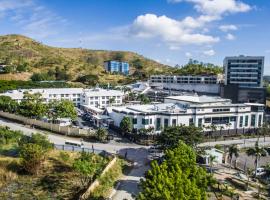 Located in the heart of Port Moresby CBD, Lamana Hotel offers a free 24-hour shuttle bus. You can enjoy a workout at the fitness centre, or a game of tennis on the outdoor courts. Everything about Lamana is great I really enjoyed my stay there. 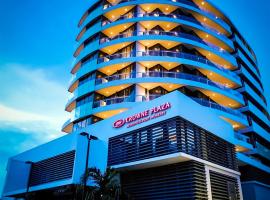 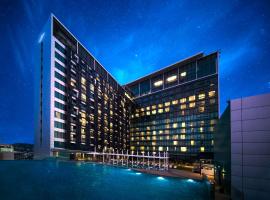 Situated in Waigani in Port Moresby, The Stanley Hotel & Suites is connected to the shopping complex Vision City Mega Mall, giving guests direct access to a bank, nightclub, cinema, supermarket and... Everything thing from staff, reception, facility to room service are all excellent 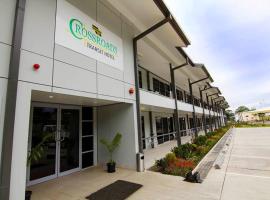 Featuring an outdoor swimming pool with a poolside bar, a restaurant and a fitness centre, Crossroads Hotel Lae is located in Lae. Extremely professional and friendly staff 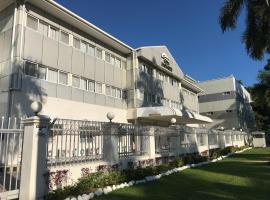 Hotel Morobe features a restaurant, fitness centre, a bar and shared lounge in Lae. This 3-star hotel offers a garden. The lady at the reception was very kind and welcoming. Her name was Scully if I remember correctly. Breakfast was so much better than the last time I stayed at HM. 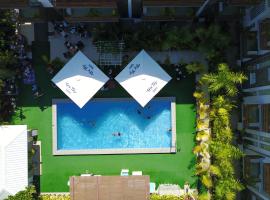 Featuring an outdoor swimming pool, The Sanctuary Hotel Resort and Spa offers accommodation in Port Moresby. The hotel has a spa centre and fitness centre, and guests can enjoy a drink at the bar. I was female travelling alone and Sanctuary hotel and staff provided a true sanctuary indeed; very safe, clean and wonderfully planned space that you are in a calm oasis at all times; I visited no of other 5* hotels in Moresby and I’d choose Sanctuary any day over them Thanks to each and everyone one of the staff for making the stay an amazing one 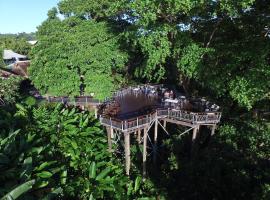 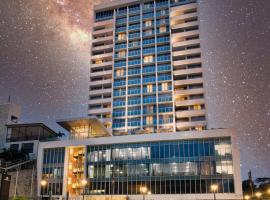 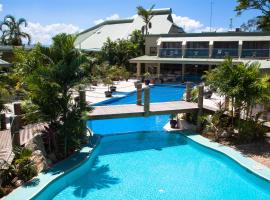 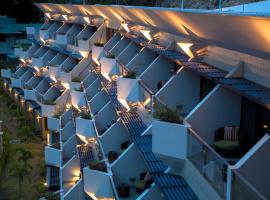 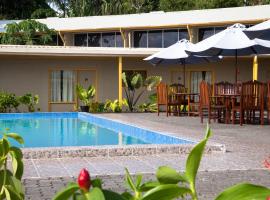 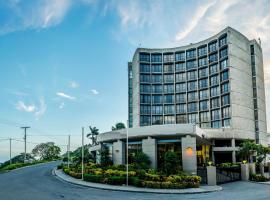 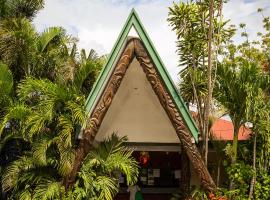 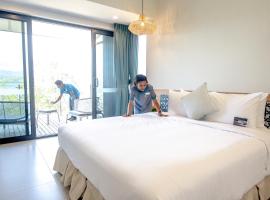