Search hotels and more in Derby

Hotels and more in Derby

All 93 hotels and more in Derby
Show map 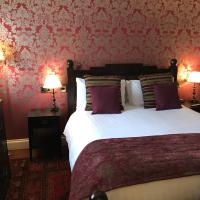 Located in the rural village of Stenson, The Bubble Inn Hotel is a family-run hotel that has soundproofed rooms, free Wi-Fi and free parking. Fiona and Ryan helped me a great deal with finding things and getting around. They went out of their way to make my stay enjoyable. 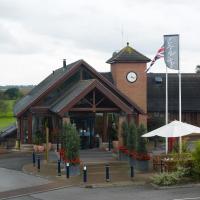 Only 15 minutes from Derby and the M1 motorway, the Morley Hayes Hotel offers luxurious rooms, many with balconies. It has 2 golf courses, 2 restaurants and a helipad. Fantastic location, brilliant customer care and real luxury 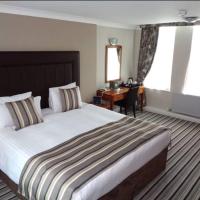 In the heart of Derby, this modern city-centre hotel offers free Wi-Fi internet access and friendly service. Derby Train Station is a brief walk away. They have a great quiet lounge were you can sit back, have a drink and play billiards. 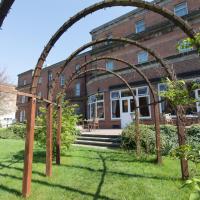 Directly opposite Derby Railway Station, Derby Midland; Best Western Signature Collection offers luxury bedrooms and an innovative Brasserie restaurant. Everything was perfect! The hotel is directly located at the train station. Our room was very nice and very clean. The breakfast was good as well! 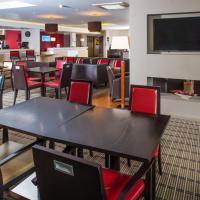 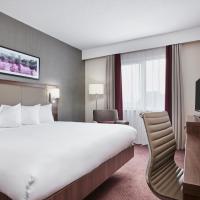 In the centre of the trendy Cathedral Quarter, Jurys Inn Derby is a short walk from the main city centre attractions. The location to the city and great bars restaurants locally . 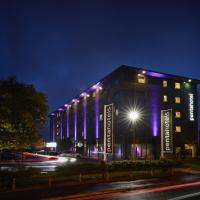 The pentahotel Derby is located in Pride Park, within walking distance of Derby Train Station and the city centre. The hotel offers pay parking and free WiFi in all areas. In the very centre of the Pride Park. Great comfortable bed with a temperature control available in the room. Great standard of the toilet, the shower is exceptionally spacious. Breakfast is marvellous, with a wide range of food that everyone can enjoy. there is a lot of Vegan and vegetarian options available.

Situated in Derby, 12 km from Derby Cathedral, The Lawns Hotel features accommodation with a restaurant, free private parking, a bar and a shared lounge. Lovely staff and food was great. Room a little dated but had everything needed. 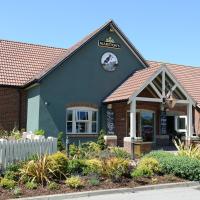 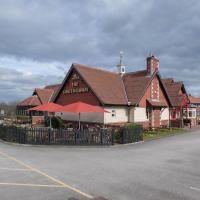 Offering a restaurant, a bar and 24-hour front desk, Kings Highway is located just 7 minutes' drive from Derby centre. Free Wi-Fi access is available throughout. Did not stay for breakfast had a early start 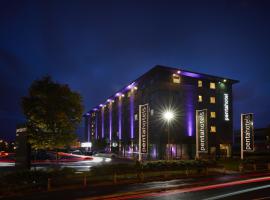 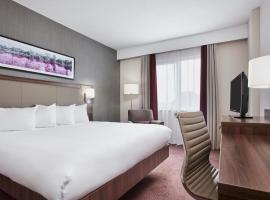 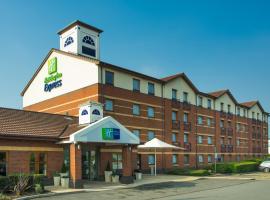 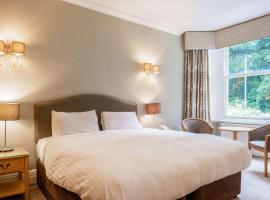 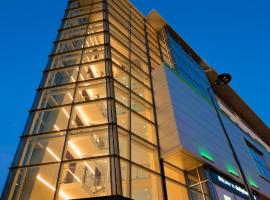 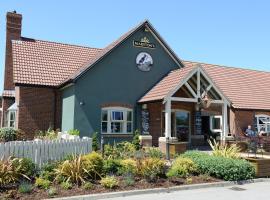 Set in a 13th-century building, this luxurious hotel lies within 300 acres of private parkland, 10 minutes' drive to Derby. It has a spa, 18-hole golf courses, an indoor pool and a fitness area. The bed, was indeed, like a cloud. 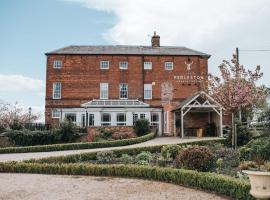 Located in Derby, 1.9 km from Kedleston Hall, Kedleston Country House provides accommodation with a restaurant, free private parking, a bar and a garden. 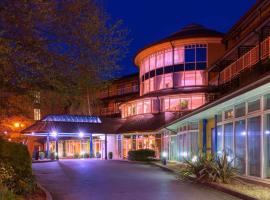 The 4-star Derby Mickleover; Best Western Signature Collection is just 10 minutes’ drive from the centre of Derby. Breakfast was fine. Location was close to our activities. 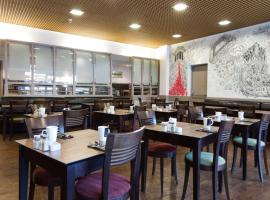 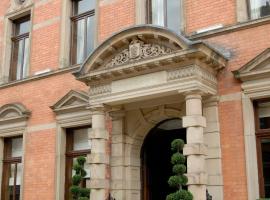 The first designer boutique hotel in the area, the hotel is a tasteful conversion of the Old Police Station, which is supremely comfortable and elegantly sculpted into a bold, contemporary design. Very good value for money and an ideal hotel for a short break or, in our case, a stop over for a... 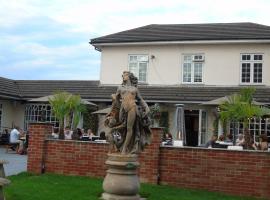 Set in the beautiful Derbyshire countryside and just a 10-minute drive from Derby city centre, is the Littleover Lodge Hotel. The central location of this accommodation is ideal for travellers, being within minutes of the main...

Right in the heart of Derby city centre, Holiday Inn Derby Riverlights has a bar and an on-site fitness centre. Business services are available. Lovely food in the top floor restaurant

Located just 10 minutes from Derby’s city centre, this grade II listed Art Deco building offers comfortable rooms and hearty full English breakfasts. It has a bar, free parking and free Wi-Fi. The staff were all very friendly, even those working the night shift followed by the morning shift. 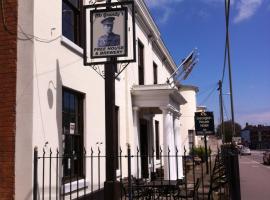 Within 10 minutes’ walk of the city centre, this beautifully preserved Georgian building offers free parking and the peaceful atmosphere of a country hotel. Karen was an amazing lady, she made this a once in a lifetime romantic experience for my partner and... 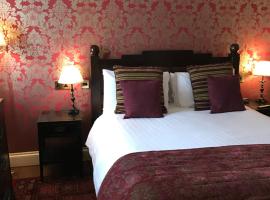 Located in the rural village of Stenson, The Bubble Inn Hotel is a family-run hotel that has soundproofed rooms, free Wi-Fi and free parking. Fiona and Ryan helped me a great deal with finding things and getting around. 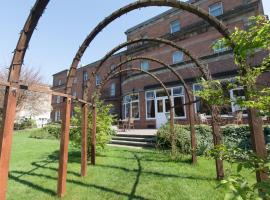 FAQs about hotels in Derby

Bordering the Peak District, pioneering Derby was the site of the first factory during the Industrial Revolution. The city was a silk producer and a former mill forms part of the UNESCO World Heritage-listed Derwent Valley Mills, lining the Derwent River between Derby and Matlock.

Also by the river is Darley Park which hosts an annual chamber orchestra concert. The city centre arboretum was England’s first public park, and Markeaton Park in the north-west has a light railway. Nearby is the university campus and 18th-century Kedleston Hall, a Palladian-style mansion involved in filming of ‘The Duchess’.

Another royal connection is Bonnie Prince Charlie who stayed at Exeter House. A replica of his room is in Derby Museum and Art Gallery, and there is a statue of him in Cathedral Square. Opposite is the oldest pub, the Dolphin Inn, but the best nightlife is around Friar Gate.

The nearby Cathedral Quarter is full of eateries and shops, and the Westfield Centre houses big name brands. The Grade II-listed Market Hall offers a range of stalls above underground tunnels which are supposedly haunted by one of Derby’s many ghosts.