Enter your dates and choose from 811 hotels and other places to stay!

Explore and find hotels in Singapore

Lying off the tip of southern Malaysia, the tiny island city-state of Singapore is one of the most densely populated places on Earth. But this old trading crossroads packs a lot of diversity into its borders. In one morning, you could check out Chinatown’s historic shophouses, shop for lucky charms in the street stalls, and gather your thoughts at the four-storey Buddha Tooth Relic Temple. For something to eat, follow your nose to the nearest hawker centre. Across town, you’ll find all the quirks, colours and smells of India crammed into just a few city blocks. Don’t miss Sri Veeramakaliamman, Little India’s prettiest, busiest and most difficult to pronounce temple, known for its statue-covered exterior. Meanwhile, the Arabic quarter of Kampong Glam is a hive of bazaars, flea markets and shisha bars that seems a world away after touring the rest of Downtown. This diversity extends to Singapore’s architecture too, whether it’s the shimmering Marina Bay Sands SkyPark, the spectacular Gardens by The Bay, or even Changi Airport – widely regarded as the best airport in the world. All this is within an hour of the central business district, where there are plenty of high-end hotels and chic apartments to choose from. There are some quieter options beyond the centre. 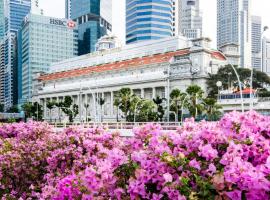 Located in the Central Business District, The Fullerton Hotel Singapore is a 5-minute drive from Clarke Quay and Boat Quay. It features a spa, infinity pool and a fitness centre. the room is nice. Very good location 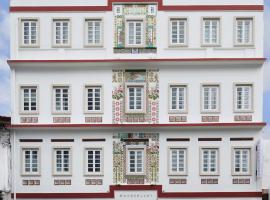 Housed in a heritage 1920s Art Deco style building in Little India, Wanderlust, The Unlimited Collection by Oakwood offers free WiFi. The location is great and close to several train station, the nearest is Jalan Besar underground station. Walking distance to many places and you can get different kind of variety food nearby. The staff is very friendly and polite, feel comfortable while being at there. The bed is very comfortable and makes me sleep so well. 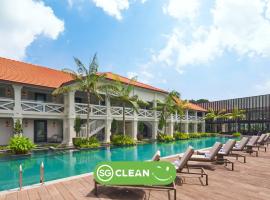 Set in Singapore, within 700 metres of Adventure Cove Waterpark and 800 metres of Wings Of Time, The Barracks Hotel Sentosa by Far East Hospitality (SG Clean) offers accommodation with a fitness... Barracks hotel is the best hotel that we have been to, out of so many staycations in the past 2 years. Not only is it the most high class, but also the most enjoyable. I was initially attracted by its antique interior design - and it is really as beautiful as how their photos appealed. The service of the staff was unparalleled. I left a message during booking that my trip is to celebrate my husband’s birthday and our anniversary, and they indeed followed up in terms of room decorations, the gift of chocolate and nice cake during cocktail hour. Everything was perfect: the breakfast, the British style of the environment, and closeness to the Sentosa beach. It was a pitty that our stay was short, but we will definitely come back for holiday again! 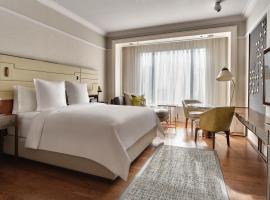 Located on tranquil, tree-lined Orchard Boulevard, Four Seasons Hotel Singapore is an oasis of calm in the midst of a busy city. The room was comfortable, cozy & clean. The hotel staff did their best effort in showing their concern for our comfort. They made our short stay in Singapore a memorable one. 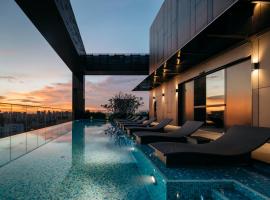 Boasting a terrace and views of city, The Clan Hotel Singapore by Far East Hospitality (SG Clean) is situated in Singapore, less than 1 km from Singapore City Gallery. During my stay in Singapore I wanted to have 1 special 1 night stay in a 5-star hotel with my girlfriend, who I planned to propose to that night. The staff went above and beyond to make this stay as memorable as possible, especially the guest service executive Rachel was as good as a staff member as you can hope for. We had a grand premier room on the 29th floor, the view was amazing and the staff catered to our every need. I wholeheartedly recommend staying at The Clan Hotel if you are looking for something special! Towering over the bay, this iconic hotel offers the world's largest rooftop infinity pool, 20 dining options and a world-class casino. A Bidet iin the comfrort room is an excellent addition to the spacious bathroom 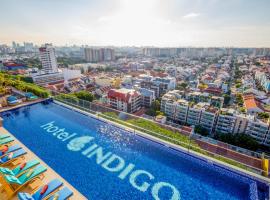 Located in Katong, just minutes away from East Coast Parkway beach, Hotel Indigo features designs inspired by the culture and customs of the Joo Chiat Heritage Area. The room were squeaky clean and suit my liking 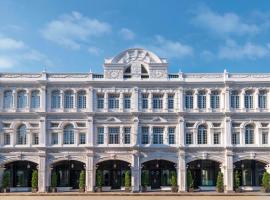 Restored from the Capitol Building and Stamford House by Pritzker Prize laureate, Richard Meier, The Capitol Kempinski Hotel Singapore offers accommodations within the hustle and bustle of Singapore's... Just a lovely Hotel! We enjoyed our stay and will definitely come back. 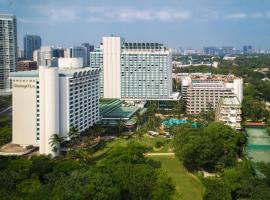 Nestled within 15 acres of tropical gardens, Shangri-La Singapore offers a hideaway just 7-minutes from the hustle and bustle of Orchard Road. Everything was outstanding: location, landscape and the room 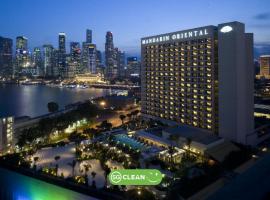 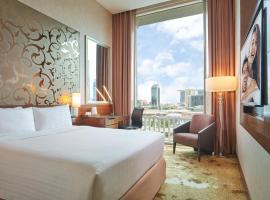 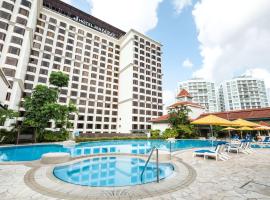 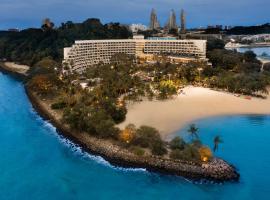 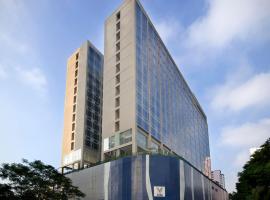 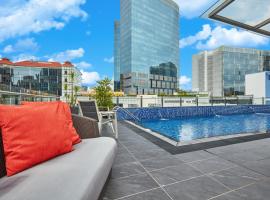 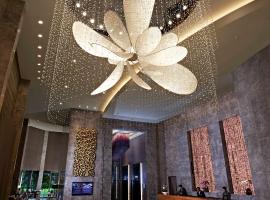 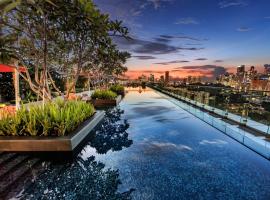 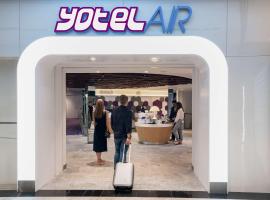