Enter your dates and choose from 1,384 hotels and other places to stay 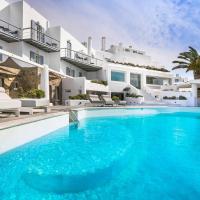 With magnificent views over the sea and the famous windmills of Mykonos Town, Ilio Maris boasts elegant guestrooms with Wi-Fi and 32’’ TV and quick access to the beaches by bus. The best hotel in Mykonos. Great location (4 min to Mykonos town), amazing customer service, great rooms!!! Cant wait to come back again !! 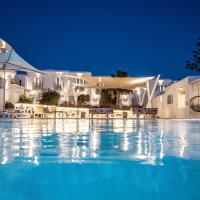 At a distance of 800 metres from Mykonos City Centre, Aeolos Hotel offers a large pool with hydromassage facilities and elegant accommodation with free WiFi. Excellent room, big and comfortable bed, great view from the balcony. 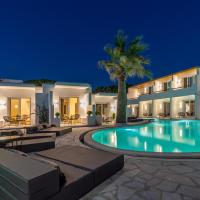 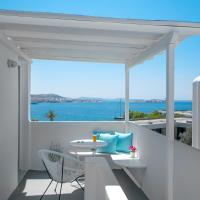 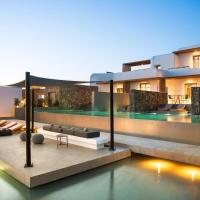 Set in Agios Stefanos, 600 metres from Agios Stefanos Beach, Mykonos Soul Luxury Suites offers accommodation with a bar, free private parking and a terrace. We stayed one night,and it was amazing,the heated pool,a nice view,the people are so cute,we had a dog with us,they had a bed for our dog.For sure if i will go back to Mykonos i will choose them.The food is so delicious here and the breakfast,also,don 't miss this experiense if u go in Mykonos.Thanks to the owner and all the people who work there,they make u feel special.

Situated in Psarou, 2.5 km from Korfos Beach, Alissachni Mykonos features accommodation with a restaurant, free private parking, a seasonal outdoor swimming pool and a bar. Everything. It’s true when past reviewers say that photos don’t do it justice. It’s like walking into a dream space. The room was gorgeous. The jacuzzi was perfect and the staff were more than friendly and attentive. When I come back to Mykonos, I’m only staying here. 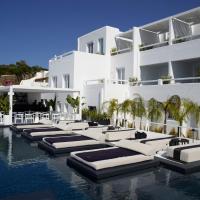 Situated in Agios Stefanos, Nimbus Mykonos offers beachfront accommodation 100 metres from Agios Stefanos Beach and features various facilities, such as a restaurant, an outdoor swimming pool and a... What a little gem of a hotel! Couldn’t recommend highly enough. Firstly the facilities, rooms, location, view etc are beautiful. However, what sets this place apart is the personalised service. The staff are lovely and can’t do enough for you. It’s all the little things like noticing your hat has blown away at the pool etc! They are genuinely nice people who show interest. I am returning to the hotel soon and they are even holding on to my suitcase for me. We found the pool bar and food to be reasonably priced and the staff at reception so helpful in booking dinners for us and giving advice. 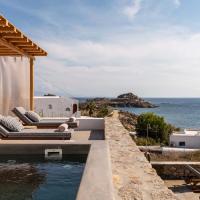 Located in Platis Yialos Mykonos, Trinity Mykonos - Villa & Beachfront Boutique Hotel has a private beach area and a seasonal outdoor swimming pool. The hotel is gorgeous, the pool is lovely, the location is perfect (close to multiple beaches, restaurants, and general store), and the breakfast is fantastic. BUT, the thing that makes this place a 10/10 are the gentlemen that work here. Simon, Michaelis, and Giulio - you guys are the best. Hope to see you again in future travels. 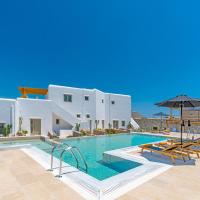 At a distance of 250 metres of Ornos Beach, Mykonos Cactus is built with regards to local architecture. The rooms and facilities were amazing. Staff went out of their way to keep us happy, helping with everything they can at every hour. 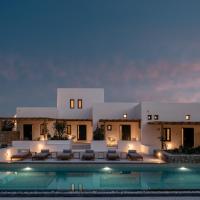 Situated in Platis Yialos Mykonos, 2.4 km from Korfos Beach, Mykonos Drops features accommodation with a restaurant, free private parking, a bar and a garden. The staff at this place are AMAZING. It’s like a little family when you stay here. As two young women staying in myko, I felt completely safe here. The hotel will call cabs for you so you can sit back and just relax! You can also park right out front. Privacy is key and you are left alone to enjoy. Two pools to relax at during day with sun beds, chairs, and little nooks around the facility to soak up the sun. Bar staff will make sure you are taken care of, whatever you need. The vibe here is tasteful(not trashy and flashy), and you can relax and enjoy everything mykonos has to offer. I usually dislike breakfast at hotels, but the one served here is actually good. Staying here made me fall in love with the island and I plan to come back every year. There is a little shop right up from the hotel so you can get little snacks and beach gear! Perfect little private location. 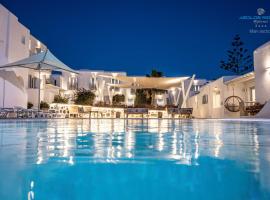 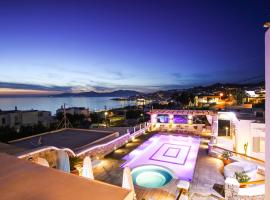 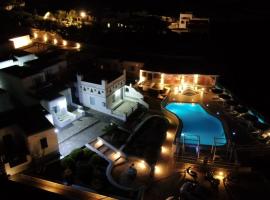 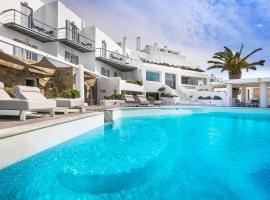 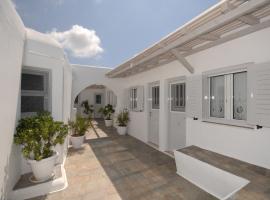 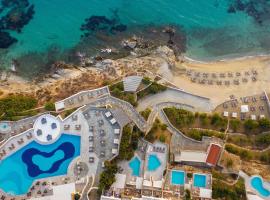 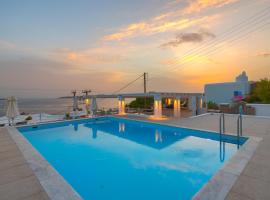 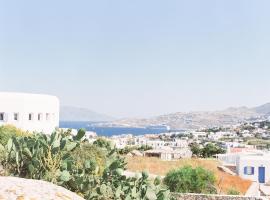 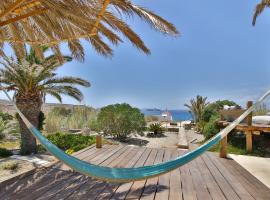 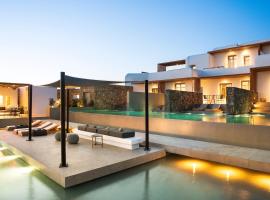 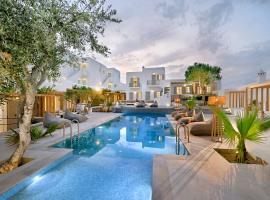 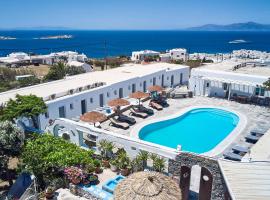 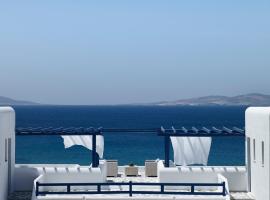 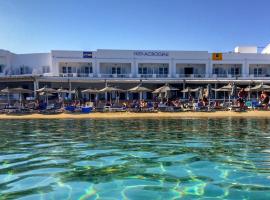 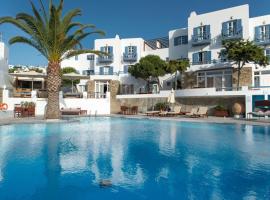 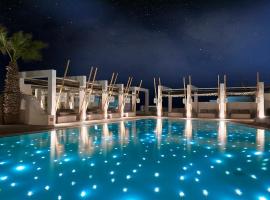 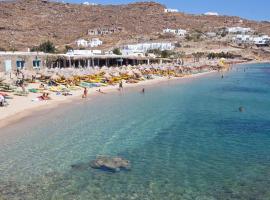 FAQs about hotels on Mykonos

The ‘Island of Wind’, Mykonos is best known for its 16th-century windmills, good watersports and outrageous nightlife.

The capital is liberal Mykonos Town (or Chora), where windmills overlook beautiful Little Venice with whitewashed houses right on the water. Keep an eye out for Petros the Pelican – the island’s mascot - by the beach. The sunsets here are fantastic, but it’s after dark that the bars and clubs (including famous Cavo Paradiso) on its cobbled streets kick into life. This is the de facto Greek party island, but unlike less exclusive counterparts Malia and Faliraki, you might struggle to find cheap Mykonos hotels here.

A complete contrast is laidback Kalafati, popular with windsurfers. Good for surfing is Ornos, while next door Aghios Ioannis was the setting for the ‘Shirley Valentine’ film. Its sandy beach offers views of uninhabited Delos island whose archaeological sites are UNESCO World Heritage listed.

Elia has the longest beach, while around the coast is Platis Gialos, a popular resort with a good number of Mykonos hotels on the beach on Booking.com. Glass-bottomed boats departing from here give great views of local sealife.