Search hotels and more in Potsdam

Hotels and more in Potsdam

All 128 hotels and more in Potsdam
Show map 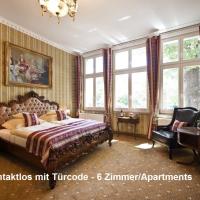 This family-run villa lies in the heart of Potsdam, a 12-minute walk from the city centre and the Dutch Quarter. Beautiful building and room . The bed was very comfortable and everything was very clean . At walking distance from the street car stop and the old market . Nice size bathroom and the small kitchen has all the needed amenities.

Set amid the Pirschheide lakes and woodlands, this 4-star congress hotel is located on the shores of Lake Templiner See, just to the west of Potsdam's town centre. WiFi is provided free of charge. A unique and beautiful hotel in a very nice natural setting. 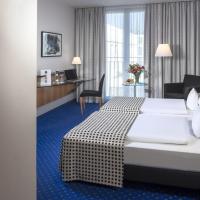 This modern, 4-star hotel lies between Sanssouci Park and the Cecilienhof palace in Potsdam. The staff is amazing, very supportive and polite. The pool was closed that day, so every guest received a voucher for a free drink, as a compensation. The hotel is very clean and well preserved, although the building is not brand new. 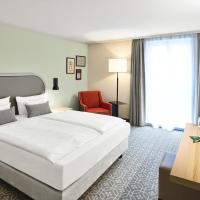 Situated beside the renowned Park Sanssouci, in the centre of Potsdam, this unique hotel offers you accommodation within walking distance of all the attractions. Everything. Kind and supportive staff. Large enough room. Good bed. Good shower. Nice complimentary services: nespresso, mineral water, stay kit. Clean. The restaurant is good enough: few choices but fast, good quality although low price. A plus: complimentary transportation ticket for Berlin+Potsdam Zones A,B and C! 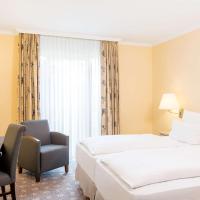 This elegant 4-star hotel is located in the centre of Potsdam, opposite the Dutch Quarter and beside the Nauener Tor Gate. It offers a modern spa, a rooftop terrace with great views, and gourmet food.... Nice location in town. The Italian restaurant next door is very good! A nice surprise as well as other establishments within a 5 minute walk for a meal. 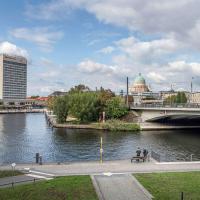 Located beside Potsdam Harbour, this modern, 4-star hotel offers a terrace overlooking the River Havel, traditional Brandenburg cuisine, a 24-hour reception and free WiFi in all areas. The facility meet all requirements for my weekend stay.

This modern, 4-star hotel is located directly on the shore of Lake Griebnitzsee in Potsdam's Babelsberg district. They are taking care of everything to make sure we are safe in the pandemic times 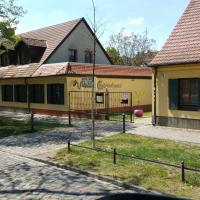 The family-run Fritz Aparthotel Potsdam is quietly yet centrally located in the historic Old Town of Babelsberg in Potsdam. Guests are welcome to relax in the garden with sun terrace. The room was very spacious and clean. The neighbourhood is quiet and the staff is very nice. I recommand this hotel ! 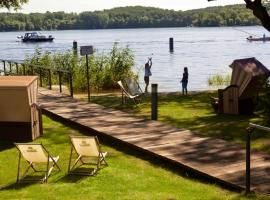 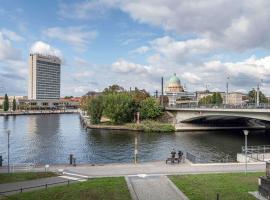 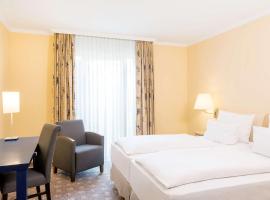 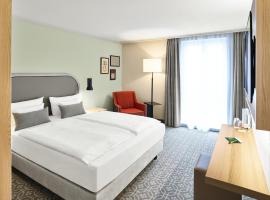 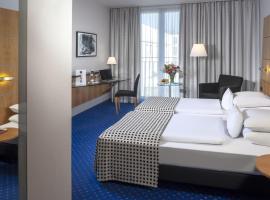 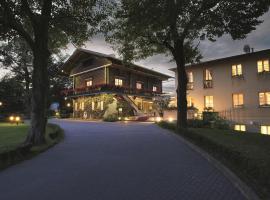 This luxury hotel in the west of Potsdam offers an indoor pool and a stylish Michelin-Star restaurant. The in-house wellness facilities include a pool, sauna, steam room and fitness room. Lovely pool and spa facilities. We had a gorgeous room. 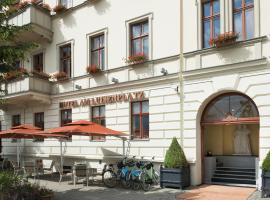 This 4-star hotel is located on the Luisenplatz square in central Potsdam, next to Park Sanssouci. It offers elegant rooms with free Wi-Fi and Sky satellite channels. We really loved our room and the hotel. 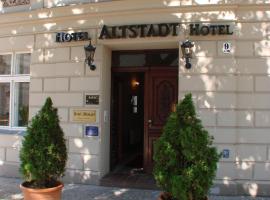 This 3-star hotel offers comfy accommodation in the Old Town district of Potsdam, just a short walk away from the beautiful Sanssouci Park and the historic Dutch Quarter. Very nice and helpful staff, accommodating last minute needs for small baby.

The hotel offers spacious rooms and a large swimming pool. It stands on the banks of the Templiner See Lake, a 10-minute walk from Potsdam Pirschheide Train Station. The facility exceeded expectations. 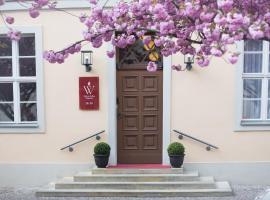 Providing free WiFi, Hotel Am Großen Waisenhaus is situated in Potsdam. 1.1 km from Sanssouci Palace, the hotel offers a bar and a garden. Park Sanssouci is 1.3 km from the property. 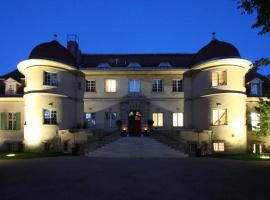 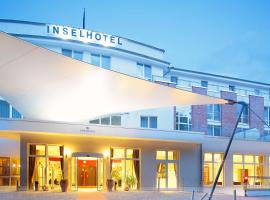 This 4-star hotel (non-smoker hotel) offers free Wi-Fi and extensive wellness facilities. It stands directly beside the Templiner See lake, on the Hermannswerder Island, a 7-minute drive from Potsdam.... I went with some friends just for one night to get away from the crowds in Berlin. 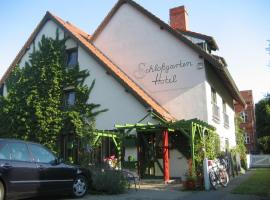 The renewed Hotel is located in the beautiful residential area of Potsdam next to the picturesque park of Sanssouci and close to the Fasanerie. Very clean and the staff was very nice. Good WiFi and good beds. 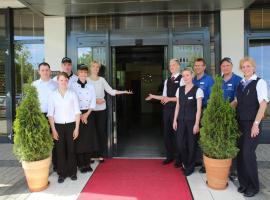 This 4-star hotel in Potsdam's Drewitz district offers large rooms and a traditional German restaurant. Potsdam's historic town centre is just 7 km away. Never had a problem finding a car park in the communal area.

Just a 10-minute drive from the world-famous Sanssouci Palace, the 4-star Landhotel Potsdam boasts free WiFi in all areas, modern spa facilities and a peaceful, green location on the outskirts of... Gluten free corner for breakfast. Nice design in the dining room. 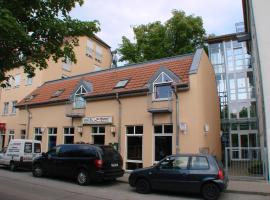 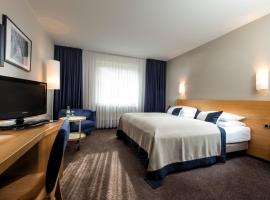 Enjoying good transport connections, this modern hotel is located directly next to Potsdam's Park Sanssouci, home to attractions including the world-famous Sanssouci Palace and the university campus. The rooms were good size with a nice size bathroom. Resturant on site for breakfast and dinner. 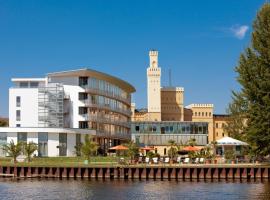 This hotel in Potsdam offers free Wi-Fi, and modern rooms with a flat-screen TV. It overlooks the River Havel and is a 5-minute walk from Potsdam Charlottenhof Train Station. Friendly staff Clean room Affordable prices Near stations 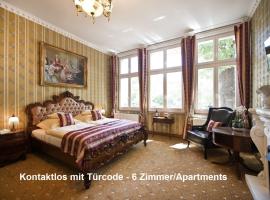 This family-run villa lies in the heart of Potsdam, a 12-minute walk from the city centre and the Dutch Quarter. Beautiful building and room . The bed was very comfortable and everything was very clean . 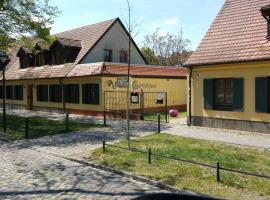 The family-run Fritz Aparthotel Potsdam is quietly yet centrally located in the historic Old Town of Babelsberg in Potsdam. Guests are welcome to relax in the garden with sun terrace. The room was very spacious and clean. The neighbourhood is quiet and the staff is very nice.

FAQs about hotels in Potsdam

The Glory of Kings and Kaisers

Potsdam holds a pivotal place in German history. The country’s largest UNESCO World Heritage Site – Park Sanssouci – stands testament to the wealth of the kings and kaisers who once held court there. Yellow Sanssouci Palace is somewhat overshadowed by stepped gardens leading up to it from a fountain. A long path leads off at a right angle to the red-coloured New Palace, adorned with statues and a green dome.

Nestled in the intermediate grounds are the Italianate Roman Baths and Orangery, and understated Charlottenhof Palace. Trees hide the botanical gardens, while the gaudy gold Chinese tea house is unmissable. The park even has a grand train station and Dutch-style windmill.

Red gabled houses line the Dutch Quarter, and wooden houses characterise the Russian colony Alexandrowka. One of the city Christmas markets is in Weberviertel amid former homes of Bohemian weavers. Nearby, Filmpark Babelsberg is the world’s oldest film studio and Babelsberg Palace was a royal summer retreat.

In the New Garden by 2 of the city’s many lakes is half-timbered Cecilienhof Palace, where the historic, post-war conference between Churchill, Truman and Stalin led to the Potsdam Agreement and Declaration which shaped the face of Europe.