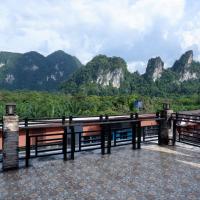 Khao Sok Nature Place features bright and airy rooms with air conditioning. Located 700 metre away from Khao Sok National Park, it offers on-site parking and a tour desk. The room was large, clean, and had a great little balcony. The AC and the WiFi both worked exceptionally well. It was a perfect stay after leaving the park! The breakfast was awesome and had a great view. 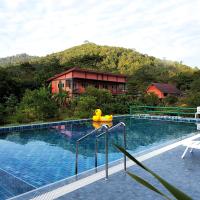 Surrounded by nature in Surat Thani, Khao Sok Country Resort boasts an on-site restaurant and comfortable rooms with mountain views and air conditioning. The bed was the most comfortable bed I’ve had on my trip so far! Kettle, fridge always makes me happy. Big room, very clean! 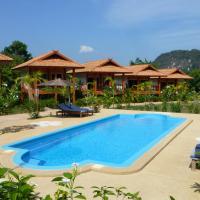 Surrounded by rolling hills and a tropical garden, Khao Sok Jasmine Garden Resort offers an outdoor pool and a tour desk. Klaus was exceptionally helpful with sightseeing recommendations and any questions we had. 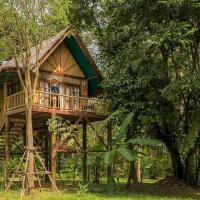 Our Jungle Camp - Eco Resort is located in Khao Sok National Park in the Surat Thani Province. The restaurant serves dishes made from fresh ingredients from the on-site farm. Amazing food at the restaurant. Friendly, kind staff, who spoke English well. The rooms and bathrooms were huge and clean. The grounds were private and beautiful. Loved this place! 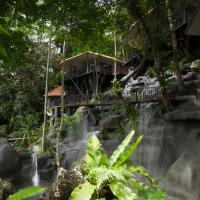 Rock and Tree House Resort is a 5-minute drive from Khao Sok National Park. It offers air-conditioned bungalows with garden view and free WiFi. My wife and I enjoyed everything!!! Close to national park, the staff was extremely friendly and the property was breath taking. A must visit for all travelers.

Nestled among gardens and mountain range, Khaosok Good view Resort offers a cosy accommodation with free WiFi access in a public area. It has an on-site restaurant and a snack bar. I loved this place! It is a small hotel, with magnificent views, rather large rooms and good food. The owners are doing their best to help their guestd with anything they need. We were staying with two toddlers, and they both fell in love with the uncle (owner). Best value for money that we have found in Thailand. Thanks again to the owners for a wonderful stay! 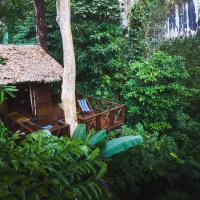 Situated in Khao Sok in Suratthani Province, Our Jungle House is an eco-friendly accommodation surrounded by rainforest and an array of wildlife. Amazing place! Hope one day we will be back here! 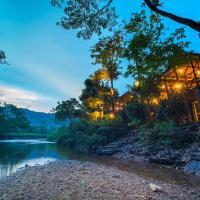 Set in a lush jungle in Khao Sok, Art's Riverview Lodge is only a walking distance from Sok River. Khao Sok National Park is a 5-minute drive from the property. Excellent location and very helpful and friendly staff! Enjoyed the experience very much and will return again! Breakfast was great, drinks were fantastic and the setting of the restaurant above the river is exceptional! Swimming in the river was also a lovely experience - clean, safe and refreshing 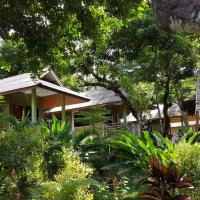 Offering accommodation that is raised up on stilts, Jungle Huts Resort is located near the Khao Sok National Park. Free WiFi access is available in public areas. The life is in real jungle, very near to center, very good experience. Breakfast was very good as well. 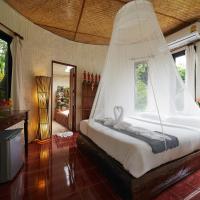 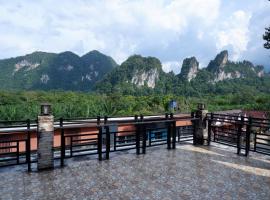 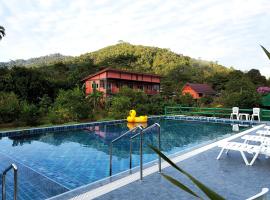 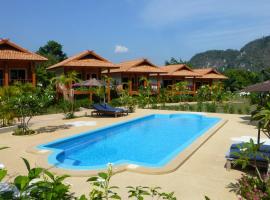 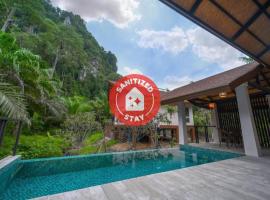 This hotel in Khao Sok has been booked 1 time