Enter your dates and choose from 1,027 hotels and other places to stay!

It may be classed as one country, but Cape Verde is essentially a land of ten destinations. Rugged mountain highlands, rich fertile valleys, golden sands and azure coastlines – each island of this West African archipelago has its own brilliant landscape, shaped by the elements over time. If you’re feeling adventurous, explore the volcanic landscapes of Fogo and Santo Antão – the former being home to Cape Verde’s highest volcano, the latter an enticing land of canyons, gorges and green valleys. If you’d rather just relax, go swimming in the turquoise-blue bays of Sal and Boa Vista. For something more curious, learn about Cape Verde’s past in Praia, the nation’s capital on the island of Santiago. The Monumento de Diogo Gomes (a statue of the Portuguese explorer who discovered the islands) and the 19th-century Presidential Palace recollect this bygone era. Cape Verde’s culture revolves around music, and you’re unlikely to walk down a street at night without hearing the scattered rhythm of ‘morna’ music. This is especially true in Mindelo, the islands’ nominated cultural capital, found on Saõ Vicente. Travellers are well catered for when it comes to accommodation, with a range of luxury villas, resorts and friendly guest houses to choose from.

Facing the beachfront, TIENNE DEL MAR offers 4-star accommodation in Pombas and has a restaurant, bar and terrace. Free WiFi and a 24-hour front desk are offered. 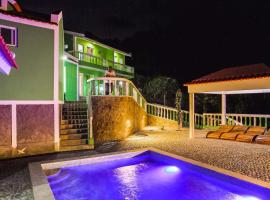 Pousada Green Place features a restaurant, fitness centre, a bar and garden in Ribeira Grande. There is an outdoor pool and guests can make use of free WiFi and free private parking. The owner, Jorge, is an amazing person! So warm and friendly, very concerned about his guests and he will do everything in his power to make your stay the best possible. The staff are also very nice and will cook you delicious meals. Jorge his hotel is beautiful located in a green and peaceful part of Santo Antão. If you want to relax, visit Green Place. This hotel is also vegan friendly! You can get a vegan breakfast, lunch and dinner. 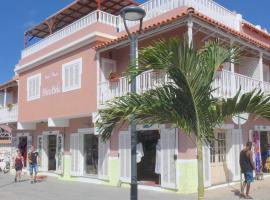 Hotel MiraBela is a 3-star bed and breakfast located in the centre of Santa Maria and within 100 metres from the beach. Free WiFi access is available. Each room here will provide you with a balcony. The structure was super clean and located in the best position to be close to the beach and still into the city life. The staff was very nice and professional, but the best thing was having such a rich breakfast in the stunning terrace! Hope to come back in the future 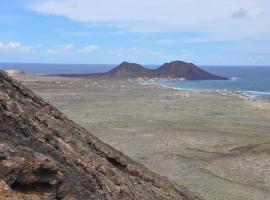 Hotel Residencial GOA is located in Sao Vicente. At Hotel Residencial GOA guests will find a 24-hour front desk, a garden and a terrace. Free Wi-Fi access is available in public areas. Very nice stay at Goa Residential. Everything is nice hear: the hosts, the location, the food, the garden with nice vegetation. Our best stay in Cabo Verde so far. Thank you Raphaëlle and Stan for your hospitality.

ODJO D'AGUA HOTEL has a restaurant, outdoor swimming pool, a bar and shared lounge in Santa Maria. Fantastic hotel!!! Very beautifully designed building, lovely spotless room with balcony and comfortable beds, 2 nice pools. The staff are very friendly and helpful, the breakfast buffet has a good variety and the ocean views in the restaurant are priceless. Absolutely loved it and can only recommend to stay here if your budget allows it!

Located in Ribeira da Prata, 500 metres from Silver Beach, DUNAS DE AREIA PRETA provides accommodation with a restaurant, free private parking, a bar and a shared lounge. The two-bedroom apartment on third floor was sparkling clean, with stunning views of the ocean and a 10 min walk to a gorgeous beach with volcanic sand. Zeza and Ricardo are warm, kind and helpful hosts who take amazing care of their guests. This has a very family feel. Ricardo was a superb guide to the Island who knows every municipality and seems to know everyone on the island. My vacation was superb! Thanks for everything! 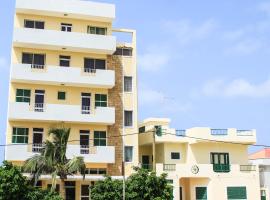 Hotel AH Maio is located in Vila do Maio. At the property you will find a 24-hour front desk and free public parking. Rooms will provide you with a flat-screen TV and air conditioning. 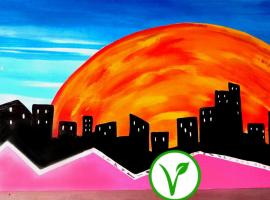 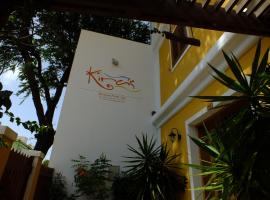 Kira's Boutique Hotel is located in Mindelo. For a fee, Wi-Fi access is available in all areas. Free public parking is possible at a location nearby. Great boutique hotel, nice rooms, excellent breakfast, in a quiet area close both to the ferry port and the old city animation. I will choose this hotel for sure if I pass by Mindelo again. And thanks Isabel and her team for the warm welcome! Note: I was upgraded to the Fogo room 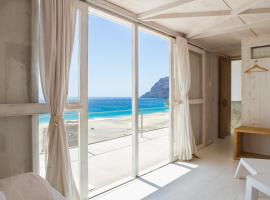 Aquiles Eco Hotel is located in São Pedro. The property is 30 meters from the beach and 7 km from Mindelo. WiFi access is available. Each room here will provide you with a balcony. Excellent position in a quiet town on the beach. Very friendly staff who were happy to change my booking when my flight was cancelled. I stayed another night at the property. Good breakfast and lovely to sleep with the sound of the sea in the background 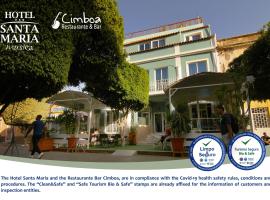 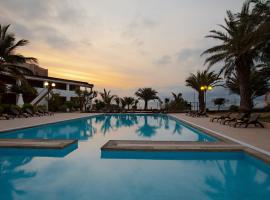 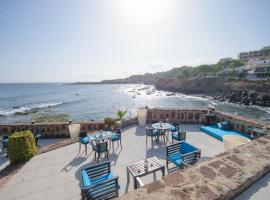 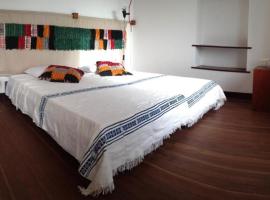 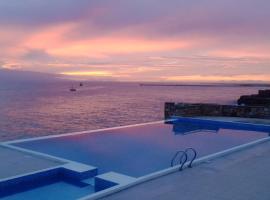 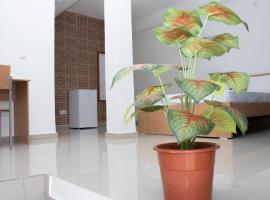 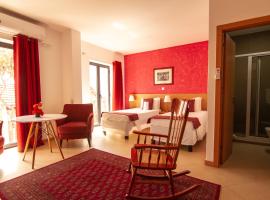 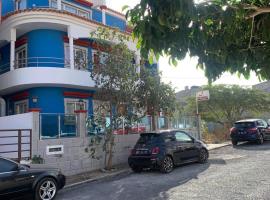