Enter your dates and choose from 1,938 hotels and other places to stay!

Explore and find Hotels in Tunisia

At first glance, you might think Tunisia has been hard done by in terms of land area. It’s wedged between two of North Africa’s largest nations, as though it’s being forced into the Mediterranean Sea. But dig deeper and you’ll discover enough history and diversity to rival any country, no matter what the size. Tunis, the ancient capital, boasts boisterous Medinas, grand mosques and fascinating museums. Bardo Museum is the most popular, partly for its time-honoured collection and partly due to its stunning location, inside a marvellous 13th-century Beylic Palace. But Tunisia’s history is best appreciated in Carthage, an ancient trade metropolis that was sacked by the Romans. Take the short train ride from the capital for the chance to explore this remarkable site. Between here and the city of Monastir, on Tunisia’s central coast, are more white-sand beaches than you can count. Most belong to well-developed tourist hotspots, such as Sousse and Hammamet, but there are others which have remained off the radar. Try El Haouaria, on the tip of Cap Bon, or Plage de Chaffar, near the city of Sfax. Beach fan or not, there’s plenty more to discover in Tunisia. Away from the coastline, it’s the rugged mountains, Saharan deserts and towering sand dunes that tend to leave the greatest impression. The vast majority of hotels and private apartments can be found strung along the coast between Tunis and the Djerba peninsula in the south. Predictably, most of these are in the busier resorts. 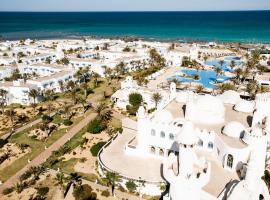 Situated in Djerba, 6 km from Midoun this luxurious, Robinson Club Djerba Bahiya sits on the beach. It offers a swimming pool, tennis court and fitness centre. everything is so perfect and the restaurant is the top! 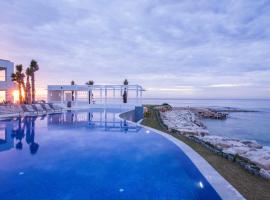 Offering 3 outdoor pools and a private beach access, La Badira - Adult Only is located in Hammamet. Free WiFi access is available. The pool was a dream come true. The view and the site are unforgettable. The room super comfy. Breakfast was excellent. 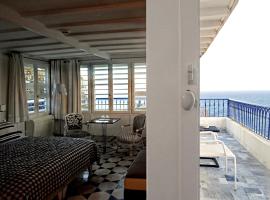 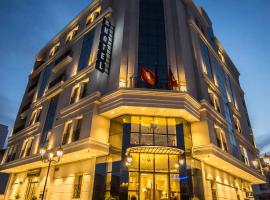 Situated in Sfax, HOTEL PALAIS ROYAL has a terrace. Among the facilities of this property are a restaurant, a 24-hour front desk and room service, along with free WiFi throughout the property. 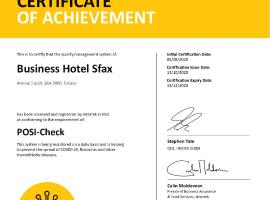 Boasting a bar and a terrace, BUSINESS HOTEL SFAX is situated in Sfax. Hi Everything perfect , I love the hotel and I appreciate Ms Wafa concern at the reception . Thanks 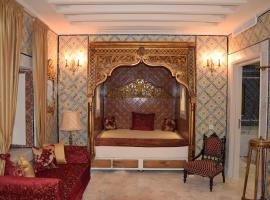 Boasting a garden and a terrace, Dar ALOUINI is situated in Kairouan. An indoor swimming pool and a bicycle rental service are available for guests. Fabulous! A great location and a stunning restoration of a historic place. Breakfast was amazing, and we were given a warm welcome and great guidance as we explored the Mosque and Medina. 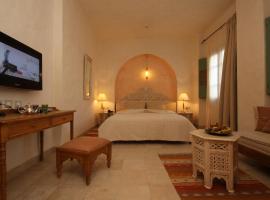 This traditional Tunisian house is located in Tozeur city centre, on the edge of the desert and a few steps from the salt lake, Chott El Djerid. It offers a hammam and modern rooms. This guesthouse was beautiful, with lots of charming architectural and decorative details, and our room had all the modern amenities you would expect from a nice hotel. Staff were exceptional and were happy to assist with booking local tours; we were very pleased with all their recommendations. There was a nice variety of items in the included breakfast. The guesthouse was able to accommodate our request for a vegetarian dinner and we had a delicious and inventive three-course meal. The location was great, within easy walking distance of the medina/market, as well as cafes and restaurants. The area was calm and quiet at night. Just book it—you won’t regret it! 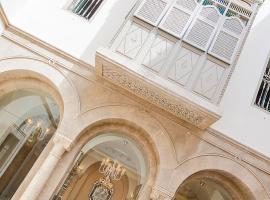 Boasting a bar and a garden, Dar El Jeld Hotel and Spa is set in Tunis, 1.3 km from Dar Lasram Museum and 1.9 km from Sidi Mahrez Mosque. Very clean and artistic place, smells great every place you go. Staff are very friendly and cooperative. 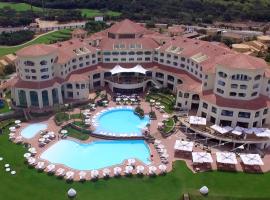 Located in the Tunisian coastal town of Tabarka, La Cigale Tabarka is just 20 metres from the beach. It offers 2 outdoor swimming pools and a terrace overlooking the sea. They gave me 2 single beds that were adjacent to each other which were not convenient for me and my wife.

Hotel Carlton is in the heart of Tunis, just 500 metres from the Medina. It provides 3-star accommodation, room service and free Wi-Fi. Hotel Carlton is housed in a 1926 Art Nouveau building. Everything is good in this hotel, the breakfeast was verry good, staff freindly and rooms are good 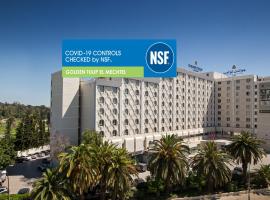 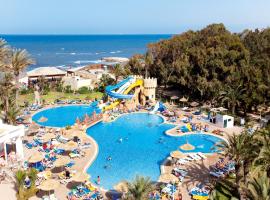 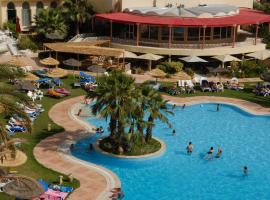 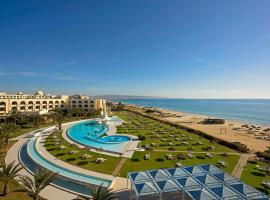 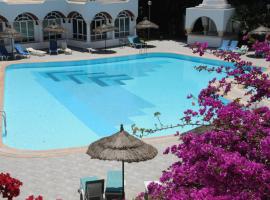 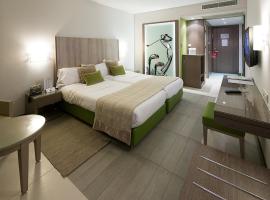 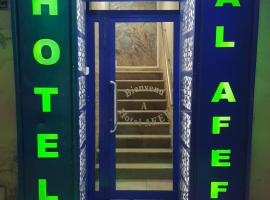 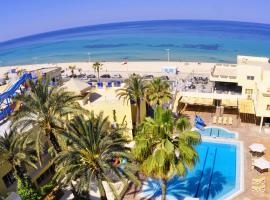