Enter your dates and choose from 1,478 hotels and other places to stay 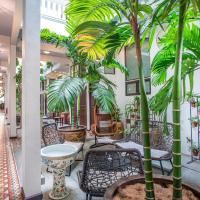 Located in UNESCO World Heritage Site of George Town, Areca Hotel Penang offers accommodations in Penang. Guests can enjoy meals at the in-house restaurant. Was a lovely heritage property. Came for anniversary trip and they were extremely gracious with leaving a beautiful flower and arrangement on the bed. 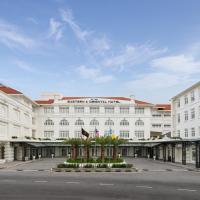 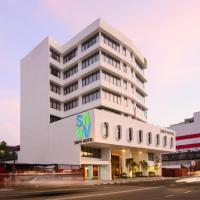 Situated in George Town, 500 metres from Wonderfood Museum, SAVV HOTEL features accommodation with an outdoor swimming pool, free private parking, a bar and a shared lounge. Everything! The room was amazing, strong wifi, beautiful bathroom, cold aircon, lovely pool and fabulous staff! They staff cannot do enough for you. They are wonderful people and I’d definitely stay again. It’s a very new hotel with mod cons. The cabin room is perfect for a solo traveller. Kathy, Tan and Angel are all amazing and help you with EVERYTHING you need. 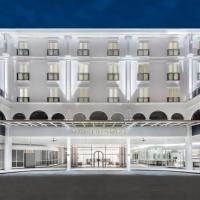 Set in George Town, 200 metres from Wonderfood Museum, The Prestige Hotel Penang offers accommodation with a restaurant, free private parking and a fitness centre. The hotel was extremely well designed - brand new Main asset was everyone we met who worked at the hotel - very welcoming and helpful Room was brilliant - clean and well furnished Excellent location - easy walking to main city centre attractions

Less than 1 km from Rainbow Skywalk at Komtar, Macalister Hotel by PHC is set in George Town and provides air-conditioned rooms. Just stayed for 2 nights at the signature suite. The rooms are very clean with useful amenities. Love the black out curtains in the room and the water pressure in the shower is great! Most of all, it was a really warm welcome from the staff at reception right from the time we arrived. Very warm, really helpful, friendly, with lots of initiative. On our last day, we had a problem with our rental car and they were there ready to help. It’s the little gestures offered throughout the stay that makes this a wonderful place to stay. Thanks esp to Kumaresh, Afiefy and Xavier! Will be back again! 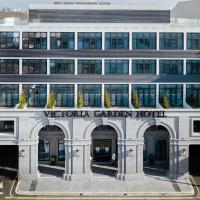 Situated within 1.8 km of 1st Avenue Penang, Victoria Garden Hotel in George Town features a terrace and rooms with free WiFi. Not so far from Street Art and comfortable to us... Breakfast was very delicious too.... 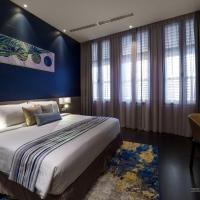 Ropewalk Piazza Hotel by PHC is located in George Town, 1.7 km from Pinang Peranakan Mansion and 2 km from Penang Jetty. They serve coffee at reception 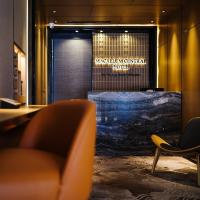 Macallum Central Hotel by PHC offers rooms with free WiFi in George Town, in a prime location 1.1 km from 1st Avenue Penang and 1.2 km from Penang Times Square. this place is amazing, truly feels like home, very clean and comfortable, beautiful rooms with big tv, pillows and spacious bed, everything was up to date, toilets are clean and complete with everything you need, they have a laundry machine with liquid soap, the staff was very helpfull and they took theyr time to give me directions, Ika and Pravin both awsome staff, thanks for making my stay there so amazing 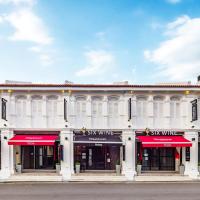 Set in George Town, 800 metres from Rainbow Skywalk at Komtar, Hutton Suites Hotel by PHC features rooms with city views and free WiFi. I was late check-in, and very satisfied with the service. The whole room was clean with full equipments. You can do laundry during your stay. The staffs are so friendly and helpful. 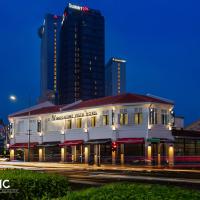 Situated in George Town, 200 metres from 1st Avenue Penang, Magazine Vista Hotel by PHC features rooms with city views and free WiFi. Home away from home. I expected a normal hotel room where u first enter there you sit the bed and tv but nope the room is super huge. All room is for me and my friends. Spacious! Everything u need is there. Kitchenette, Fridge, Washing machine. Dining table. Location is superb. Walking distance to Komtar. 1st avenue. They even got parking space which is about 5 mins walk from hotel (near 1st Avenue) oh yeah need to prebook early. Staff is helpful. Can keep luggage at their nice lobby after check out in Lebuh Noordin. Will be back I want to stay in Ropewalk Piazza next! thanksssss Betel Nut Lodge is a refurbished 19th-century heritage building located in the UNESCO World heritage site of George Town and is 400 metres from Prangin Mall. It offers complimentary WiFi access. everything. staffs are amazing people. location is perfect. 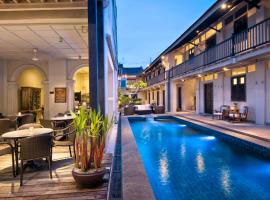 Noordin Mews is a boutique hotel housed in a historical building in central Penang. It offers an outdoor pool and provides free Wi-Fi throughout the building. Exceed our expectations: a classy spot with kind staff, unique spaces, overall feeling that guests...

Campbell House is conveniently located a 5-minute drive from Penang Museum and is surrounded by a variety of local shopping and eating options. Amazing staff, super friendly and helpful, great location in the heart of Georgetown. 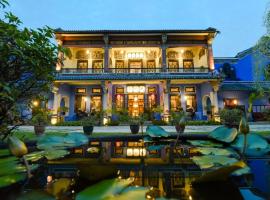 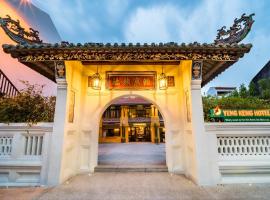 A restored 19th century building, Yeng Keng Hotel is located in George Town, a UNESCO World Heritage Site in Penang. It offers an outdoor pool, a restaurant and free Wi-Fi. The service, the location, the breakfast were all excellent. 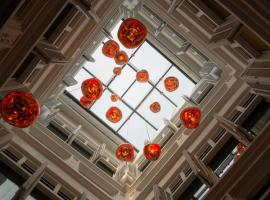 Featuring a bar, 88 Armenian is located in George Town in the Penang region, less than 1 km from Wonderfood Museum and an 11-minute walk from 1st Avenue Penang. The rooms are fantastic, beds were seriously the best bed I’ve ever slept in 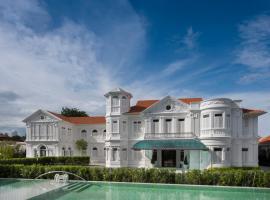 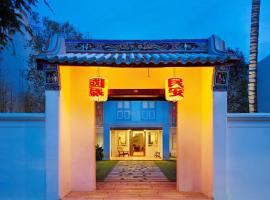 Set in a restored building, 23 Love Lane Hotel consists of 10 boutique-style rooms with free Wi-Fi. Feel like home. I will come back next time!!! 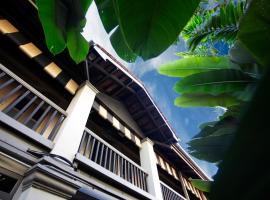 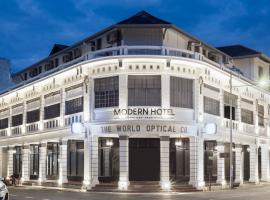 Situated in George Town, 1 km from Wonderfood Museum, Modern Hotel Georgetown features views of the city. The 4-star hotel has air-conditioned rooms with a private bathroom and free WiFi. This hotel was the best thing I saw in the Georgetown. Room was so big and stylish. 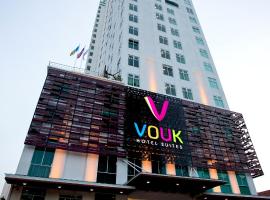 The swanky building of Vouk Hotel Suites, Penang is nestled in the heart of multicultural George Town. The friendliness of the front desk staff and the willingness to help of theporters 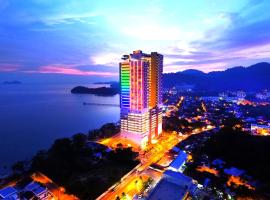 Located away from the hustle and bustle of the city centre, Lexis Suites Penang offers accommodations in the scenic Bayan Lepas. Amro was a great brand ambassador at the front desk during check in and check out.

Located in Bayan Lepas, Olive Tree Hotel Penang offers accommodation in Penang. It features an outdoor swimming pool and guests can enjoy meals at the in-house restaurant. The very best of this hotel are the Staff, their friendliness and their willingness to help. 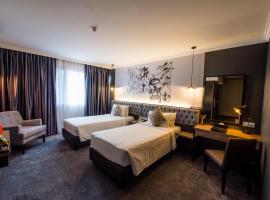 Located in the UNESCO World Heritage Site of George Town, Merchant Hotel offers accommodations in Penang. The hotel features a sun terrace with views of the sea. The Location is perfect. clean and the breakfast is the best. 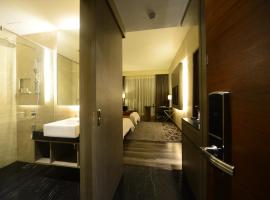 Featuring an outdoor pool and fitness centre, The Light Hotel, Penang offers modern and stylish accommodation with free WiFi access throughout the property. The location and helpfulness of the hotel staff. 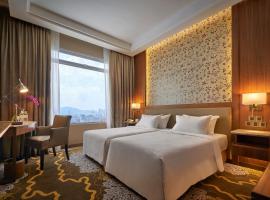 Located within the hustle and bustle of the city, The Wembley – A St Giles Hotel, Penang is located in the UNESCO World Heritage Site of George Town. Service of staff from the very first welcome to preparing special request to room service to a...

OYO 507 Aikka Hotel is located in Butterworth, within 2.1 km of Penang Harbour and 15 km of Auto City Penang. I did like about high security systems and also the room is very comfortable.

Boasting a shared lounge, OYO 89466 Eastern Hotel is situated in George Town in the Penang region, 1.1 km from Wonderfood Museum and 1.1 km from Rainbow Skywalk at Komtar. Everything was perfect, the lobby always smells good. The room are very nice👌🏻 thank you

OYO 874 Ferringhi Inn Hotel is situated in Batu Ferringhi, within 300 metres of Batu Ferringhi Beach and 1.5 km of Miami Beach. Cheap and comfort ! Will repeat. Thankyou , 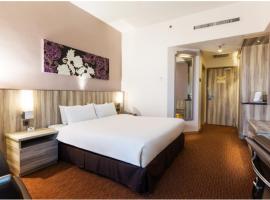 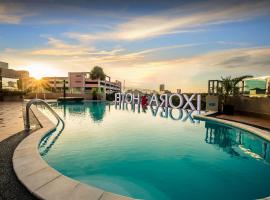 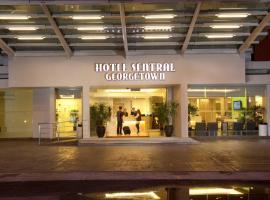 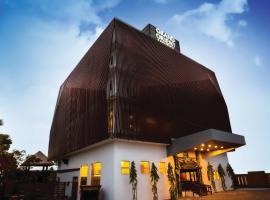 FAQs about hotels in Penang

An island and part of the mainland make up the small Malaysian region of Penang, also known as the ‘pearl of the Orient’. It has long been coveted and the capital Georgetown has many elegant Colonial buildings. The observation deck of the KOMTAR tower – the tallest building – offers spectacular views of the town and surrounding mountains.

A funicular railway goes up to Penang Hill deep in the forest. Nearby Air Itam has one of Asia’s largest Buddhist temples - Kek Lok Si – lit by hundreds of lights at night. Another fantastic temple is Taoist Kong Hock Keong in Georgetown.

Penang Airport is near southern Bayan Lepas, and across the Malacca Strait is Pulau Jerejak, a peaceful island where trees merge into ocean.

In the much livelier north, Batu Feringghi is the largest resort, with lots of Penang hotels on the beach, plenty of bars and a night market. East, green mountains slope down to blue waters at Tanjung Bungah, where several high-rise hotels overlook the palm-lined beach towards the Floating Mosque just offshore.

On the mainland Butterworth is the departure point for ferries to Penang island, and has a bird park housing a large number of Malaysian species. Wherever you decide to stay, Booking.com has a fantastic range of Penang hotels and apartments to choose from.