Be a Booker. Search hotels and more in Valladolid

Hotels and More in Valladolid

All 103 hotels and more in Valladolid
Show map 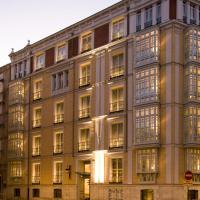 Located in the historic center of Valladolid, this stylish hotel offers chic rooms decorated in bold colors. Free WiFi is available on the attractive terrace and in the impressive library. Excellent breakfast and very pleasant staff. 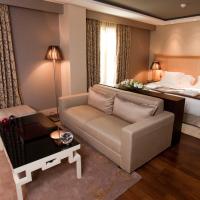 Featuring suites with views of Valladolid’s old town, Nexus Valladolid Suites & Hotel offers striking modern design. It is 3 minutes’ walk from Valladolid Cathedral and Calderón Theater. If we had known this hotel/suite and its location should have booked longer. 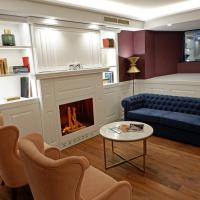 Hotel Colón Plaza is an elegant hotel opposite Campo Grande Park in central Valladolid, 2 minutes’ walk from the high-speed train station. The Plaza Mayor and the Cathedral are a short walk away. Location, staff, very clean rooms. 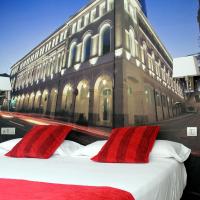 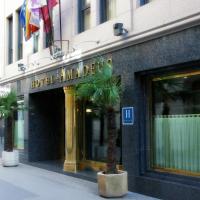 Amadeus Hotel is centrally located, 800 ft from Valladolid’s Plaza España and Casa de Cervantes. The staff went above and beyond to be helpful. It is an attractive hotel on a quiet shopping street within easy walking distance to many interesting sites. I would stay there again.

Set in a traditional 18th-century building in the center of Valladolid, the Mozart hotel offers modern rooms with a flat-screen TV and air conditioning. It features a free Wi-Fi zone. Everything , the best in valladolid 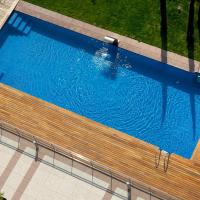 Featuring an outdoor pool with sun terrace, this modern hotel offers rooms with free WiFi and private indoor and outdoor parking. It is located in the main commercial area of Valladolid. Friendly staff, A/C works, rooms big, all good

NH Valladolid Balago is just a 10-minute walk from the main square and Valladolid city center. All rooms are bright, with an LCD TV, free Wi-Fi and Agua de la Tierra toiletries. Breakfast was excellent. Rooms were large and comfortable. Staff were very helpful. Situation excellent - away from the hubbub of the city centre, but a pleasant 15 minute walk to everything (eg, Plaza Mayor - the centre of the the restaurants and night life. 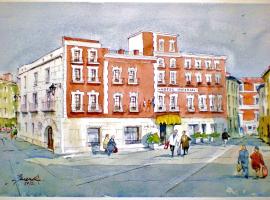 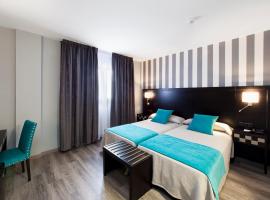 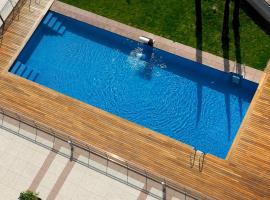 Set on the banks of the Pisuerga River, this elegant 5-star hotel is housed in the historical monastery of Los Jerónimos, dating from the 18th century. Made to feel very welcome as soon as we arrived, under ground secure parking was perfect for us as... 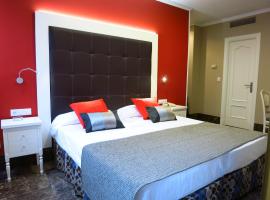 Hotel Catedral is in a pedestrian street across from Valladolid Cathedral and close to Plaza Mayor. All rooms have free Wi-Fi access and a flat-screen TV. Clean, good shower, good matras, friendly staff, nice breakfast. Room not very big. 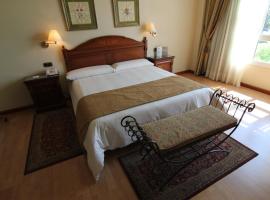 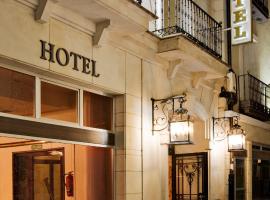 Located in central Valladolid, this elegant hotel is just 591 feet from the Plaza Mayor. It offers on-site parking and classic-style rooms with free Wi-Fi, a TV and a private balcony. the situation close to the harbour 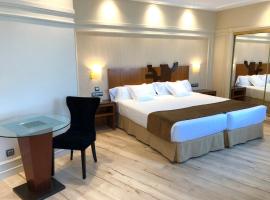 Hotel Olid is in central Valladolid’s San Miguel Square, 492 feet from San Miguel Church and Valladolid Museum. It offers free WiFi in public areas and a small gym. Location was excellent and we enjoyed our stay . The room was great and the breakfast was very good...

Located in central Valladolid, this hotel is opposite Campo Grande Park, 656 feet from Plaza Colón. It is 5 minutes’ walk from Plaza Mayor and the AVE high-speed train station. Great location, excellent and tasty breakfast, immaculate clean 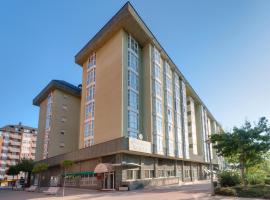 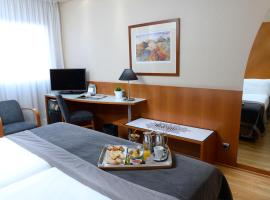 Across from Valladolid’s Coso Bullring, this designer hotel offers spacious rooms with satellite TV and free Wi-Fi. The Silken Juan de Austria’s elegant restaurant has an attractive terrace. Good location to the historical sites we wanted to see. Good breakfast and good value. 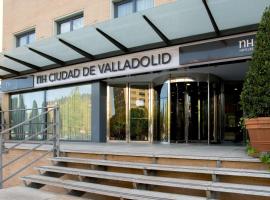 The NH Ciudad is located a 10-minute walk from Plaza Mayor and next to Valladolid Convention Center. Modern rooms offer free Wi-Fi, satellite TV, air conditioning and a pillow menu. The staff were extremely friendly and helpful and we were given a special customer upgrade when we...

Housed in a former palace, dating from the 16th century, this elegant, classical-style hotel is situated in central Valladolid, in the Castilla y León region of northern Spain. Roberto greeted us in English and sat down with us to show us a map of all the wonderful sights in... 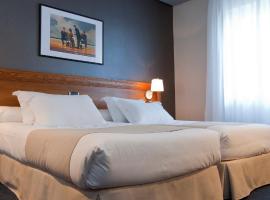 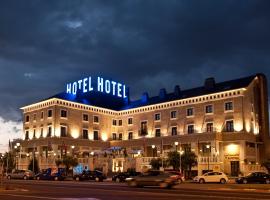 The Conde Ansúrez Hotel enjoys an excellent location on the edge of the city of Valladolid, in Castilla y León, just off highway A-62 and only 5 minutes from Villanubla Airport. Comfortable, clean, quiet, very good staff, overall exellent value for money, will use again! 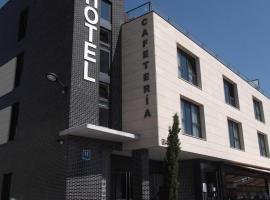 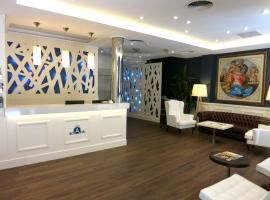 Featuring rooms with flat-screen TVs and free internet access, Atrio is set in Valladolid’s old town. Located on a quiet street, Valladolid Cathedral is just 164 feet away. The breakfast was excellent and the lovely guy serving it was always bright and cheerful.

FAQs about hotels in Valladolid

Historical City of Tranquility and Color

The tranquil city of Valladolid is home to several Colonial, Gothic and 19th-century structures, palaces, and a wide variety of restaurants, bars and cafés lining the quiet streets in and around historical landmarks such as Valladolid Cathedral, Iglesia de Santa María la Antigua, Santa Cruz Palace and Valladolid Royal Palace.

The magnificent University of Valladolid is one of the oldest universities in the world and the Teatro Calderón houses the annual Valladolid International Film Festival. The attractive Campo Grande Park, separating the city center from Valladolid Train Station, is perfect for a stroll and Nuevo Zorrilla Stadium is home to the Spanish La Liga team Real Vallodolid.

Valladolid Airport is a gateway to several European and international destinations. Booking.com has a variety of accommodation options from guesthouses to 5-star hotels in Valladolid and throughout the Castile and León region.