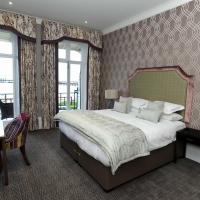 The 4 Star Best Western Plus Dover Marina Hotel & Spa is a seafront hotel in Dover, Kent and a short distance from Canterbury. Location and friendly staff made our stay in the hotel wonderful. 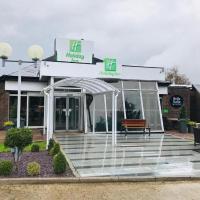 Set in peaceful landscaped gardens, Holiday Inn Dover is just 10 minutes from Dover’s bustling Ferry Port and famous White Cliffs. It has free parking, a gym, and a themed restaurant. The refurbished room, more TV channel, and great staff who assisted & provided me an extra bed for my 3year old toddler 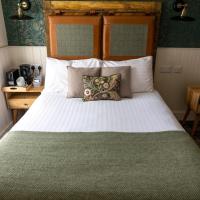 Set in River, Royal Oak offers 3-star accommodation with a restaurant, a bar and a garden. The units in the hotel are fitted with a coffee machine. The staff were brilliant and the food was excellent. 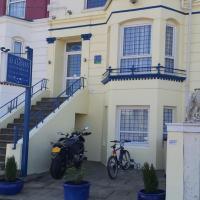 Opposite Dover Priory Railway Station and well-placed for the ferry port, this Victorian guest house offers non-smoking accommodation. the room was very efficient and "cozy". 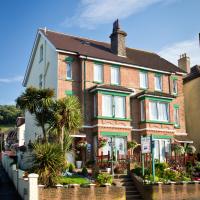 A warm welcome awaits you at this family run guesthouse that rests at the edge of Dover. Free Wi-Fi is available and each room has a flat-screen TV. Hosts were just awesome. Very welcoming. 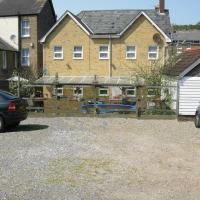 1.4 km from Dover Beach, Longfield Guest House is set in Dover and provides rooms with free WiFi. Built in 1920, the property is within 2.4 km of Dover Ferry Port and 2.8 km of Dover Castle. Maria and George went out of their way to make us feel welcome and help with luggage, transportation, and were readily available to answer questions. They suggested places for dinner, sightseeing, and booked local transportation for us! 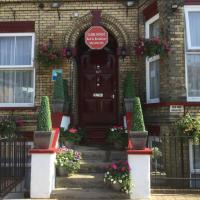 The Clare House is a highly recommended Victorian guest house, centrally situated to ports and historical attractions. We have been awarded a 3-Diamond rating by the AA and Tourist Board. So we only stayed for one night to get the fare early the next day. It was, however, wonderful. Beds were comfortable, the room was clean as well as the bathroom. Hot water was easily available, there was enough space to keep our stuff. Access was made easily with keys to the main entrance and to our rooms. The staff was also quick and friendly. I could continue with this, as I was really happy with this stay, especially since there are many dinner options available nearby (still a 15 min walk at least, but worth it). It's abolutely worth it for a one night stay. We didn't have breakfast, but I think there was an option available if you wanted to. Check-out was especially simple. 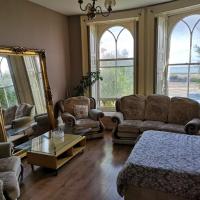 Situated in Dover in the Kent region, with Dover Beach and Dover Priory Station nearby, The White House Dover features accommodation with free WiFi and free private parking. I went for English Channel Crossing. I spent there in White House for 2 months. Mr. Bill supported me a lot and involved as my crew in my Crossing also. I recommend this as a best staying. 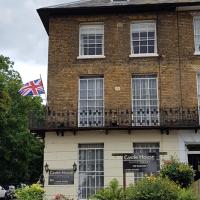 A 5-minute walk from the port of Dover and Dover Castle, this lovely guest house serves a full English breakfast and has free WiFi for guests. Unfortunately, we could only stay one of the two nights we booked - unfortunately because everything here was perfect. The room and the house were very nice and the freshly cooked breakfast more than delicious. Thank you also for the excellent communication! Hope to be back one day! 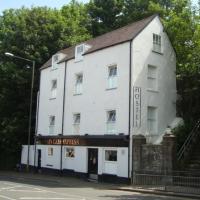 An Ancient Port of Call

Dover is famous for the white cliffs which would have been a striking sight to the Romans as they advanced on England. They decided to construct a port at this strategic spot and it has held an important role ever since. Ferries to Calais and Dunkirk cross the English Channel several times daily and some brave souls even manage to swim across.

A Roman lighthouse still stands atop a hill overlooking the port, but is easily missed as it was incorporated into Saxon St Mary de Castro Church as the bellower. It is found within the grounds of 13th-century Dover Castle, one of England’s largest castles, whose multi-level ramparts sit above tunnels where the World War II Dunkirk evacuation was planned.

Another Roman monument is the Painted House whose remains include some of the best-preserved Roman murals north of Italy. Even older is the Bronze Age boat displayed in Dover Museum.

The Dover Transport Museum showcases vintage vehicles, and the Blériot Memorial marks the spot where the first airplane to fly across the Channel first touched English soil. A path runs along the top of the nearby cliffs, while at their feet is a shingle beach.

The Dover accommodation on Booking.com includes luxury hotels with pools, cheap inns and B&Bs near the train station.