Enter your dates and choose from 1,586 hotels and other places to stay!

Explore and find Hotels in Uganda

Every African country has a calling card; Uganda has a whole deck. Think giant lakes, grassy savannas, dense rainforests, towering mountains and a capital city that buzzes with renewed excitement. Kampala has long since moved on from its past, and is now one of Africa’s safest and most welcoming cities. Get a feel for the local culture by immersing yourself in the bustling Owino Market, which offers everything from homemade fabrics to tangy African street food. Learn about Uganda’s ancient history at the Kasubi Tombs. Or go on a thrilling white-water rafting ride along the headwaters of the River Nile, in the nearby town of Jinja. This is where the world’s longest river originates – from Africa’s largest mass of inland water, Lake Victoria. Views over the lake are best from Kampala, but the most spectacular sights, believe it or not, are found elsewhere. In the north, Murchison Falls National Park is known for its 45-metre-high waterfall and wildlife that includes the ‘big five’ – lions, elephants, buffalo, leopards and rhino – while to the west, Rwenzori National Park is home to Africa’s tallest mountain range. But the main attraction is nestled in the southwestern corner of the country: Bwindi National Park, where you can track mountain gorillas in their natural habitat. Accommodation is plentiful in Uganda. Choose from hotels and apartments in Kampala, lakeside lodges in Jinja, and a range of camps, hostels and more lodges near the national parks. 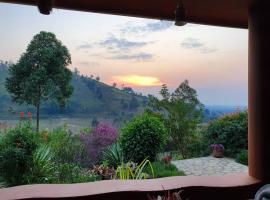 Nyore Hillside Retreat offers accommodation in Balabala. The property has barbecue facilities and offers views of the mountains, and guests can enjoy a drink at the bar. the owner and staff were great. it’s a beautiful place and very welcoming. The food was good and well prepared and the rooms quite comfortable. 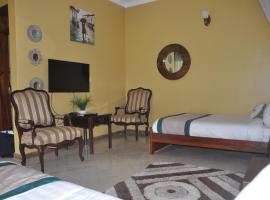 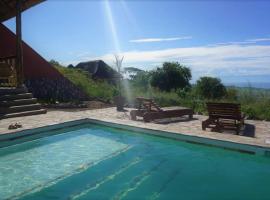 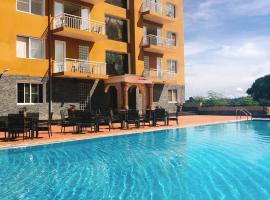 Located in Kampala, 5.6 km from Kampala Railway Station, Hotel Duomo and Suites provides accommodation with a fitness centre, free private parking, a garden and a terrace. Very beautiful hotel, with unique and creative designs. The room was very comfortable for our family of four. The staff were so welcoming and friendly, and they went out of our way to make our one-night stay feel like a holiday! The free breakfast was very filling, and the other meals were delicious, too. The pool was very clean, the beds were comfortable, there was plenty of hot water in the bathroom, and it was an overall peaceful, calm environment. 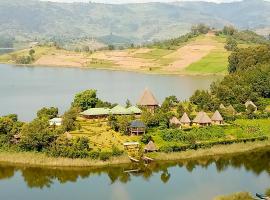 Facing the beachfront, Paradise Eco-Hub offers 3-star accommodation in Kabale and has a garden, shared lounge and terrace. We had a wonderful stay at Paradise eco hub! It is an excellent option for budget travelers. The setting is incredible, surrounded by Lake Bunyoni. The transfer by boat to get there is very pleasant. All the staff were very kind and welcoming, always available. There is a nice swimming dock. The breakfast was delicious and beautiful little birds accompanied us while we were eating. The lake view from the dining room is just priceless. There was absolutely no down sides, we would come back without hesitating, we 100% recommend this place, it is such a little paradise for such a low price! 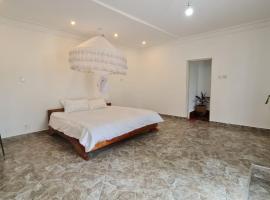 Located in Mbarara, GKAT Resort features a garden, terrace, bar, and free WiFi. All units at the hotel are equipped with a seating area. Situated right of the bypass you are able to bask in the stunning views of the valley with the mountains in the not so distant background. Despite the rural setting you are only 5 minutes away from town. The staff are wonderfully accommodating and attentive to all of your needs. The food is excellent and the rooms are absolutely amazing. 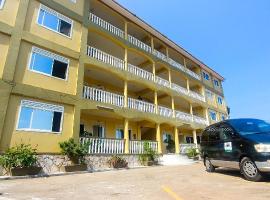 Set in Entebbe, 2.1 km from UWEC's Beach, Karibu BB Suites features a terrace and views of the lake. everything was perfect ! but reema ( the reception girl ) was literally a LIFE SAVER !! we had a problem with a car rental and she helped in every way possible !! lucky we found this place and this beautiful soul helping us !! thanks for everything again 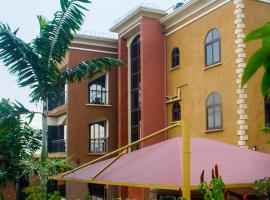 Located in Kampala, 7.1 km from Pope Paul Memorial, Bona Safari Villa Bunamwaya provides accommodation with a garden, free private parking, a terrace and a restaurant. Everything, especially the professional personel. meals and housing 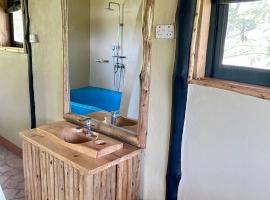 Enshama Game Lodge and Campsite features a garden, shared lounge, a terrace and restaurant in Katunguru. Offering a bar, the property is located within 12 km of Queen Elizabeth National Park. We had a great stay at Enshama - initially we wanted to stay one night but extended it to three :-) There are three spacious cottages with terraces where you have a lot of privacy (a lot of trees & bushes are on the property). The owner David put a lot of hard work in this place, his staff (Becky, Sipher & Nixon) were really friendly and completed a great packages. From the restaurant you can see the Kazinga Channel and in the evenings you can spot wildlife from there (e.g. elephants and/ waterbucks). Currently the location on booking.com is not correct: Enshama is not next the main road. You can see the correct location in Google maps, then you can also check the reviews on Tripadvisor & Google ;-) I highly recommended this place. 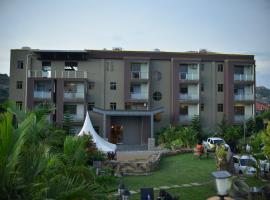 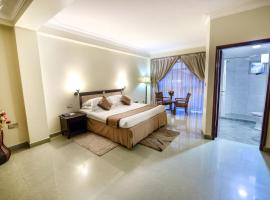 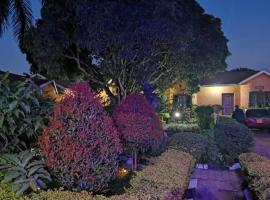 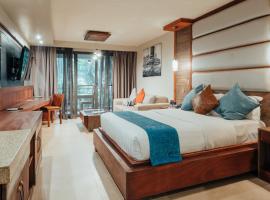 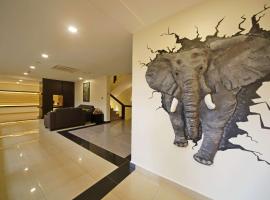 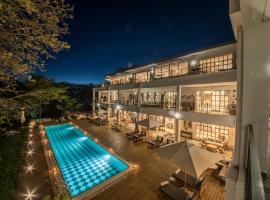 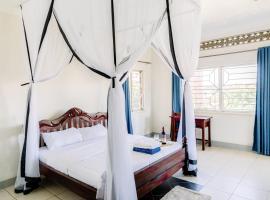 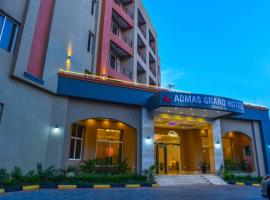 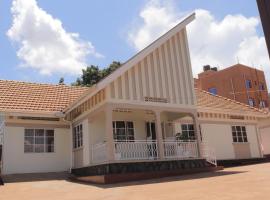 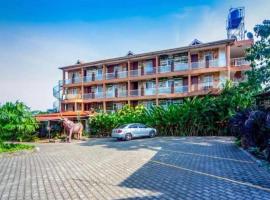 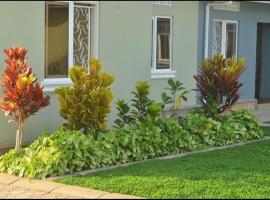