Enter your dates and choose from 2,060 hotels and other places to stay!

Explore and find Hotels in Tanzania

Ask anyone to define their idea of Africa, and most will probably describe Tanzania. Firstly, there’s The Serengeti. This famous national park is filled with wild animals, among them Africa’s ‘big five’. Go on a thrilling safari for the chance to see lumbering elephants, migrating wildebeest, sunbathing hippos, or packs of lions chasing their prize. It’s fair to say The Serengeti attracts the lion’s share of visitors, but there are more national parks further off the beaten path. Head to Tanzania’s extreme west to track chimpanzees in their natural habitat, or to the Ngorongoro Crater, home to Africa's most concentrated population of land mammals. Then there’s Tanzania’s 800 km stretch of gorgeous coastline, along which countless ivory-white beaches and sleepy fishing villages are strewn. Relax here or hop over to the country’s other great attraction: the island of Zanzibar, brimming with yet more sublime beaches. To top it all off, climb snow-capped Mount Kilimanjaro, which towers over the continent at a staggering height of 5,895 metres, or Mount Meru, its so-called ‘little sister’, for an easier ascent. Tanzania has a good tourism infrastructure, so there’s no shortage of hotels and private apartments, especially in the ancient trading capital, Dar es Salaam, and on Zanzibar. You’ll find more hotels, as well as campsites and eco-lodges within the national parks.

Set in Jambiani, a few steps from Jambiani Beach, Kupaga Villas Boutique Hotel offers accommodation with a restaurant, free private parking, an outdoor swimming pool and a bar. Very clean, functional rooms, each with a small terrace and good ocean view. The bath room has two lavatories and great water pressure in the shower. The restaurant is excellent! With good variety and great value all day around. The included breakfast for house guests is good, copious and for those with more appetite there are a whole bunch of options. The location is in one of the most beautiful beaches of the island. The staff is friendly and make you feel welcome from the start. 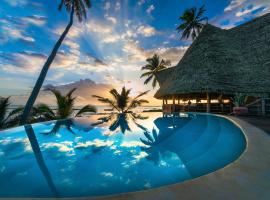 Overlooking white-sand beaches and the crystalline waters of the Indian Ocean, SeVi Boutique Hotel is situated at the north-east coast of Zanzibar, by the fishing village of Kigomani. Probably one of the most stunning hotels I have ever been! Very unique bungalow design, great privacy, amazing gardens around and 3 pools just perfect for relaxing. Hard to pick one thing only from this hotel, but I would specially highlight the culinary skills and very diverse gastronomy including local food. Restaurant views are a plus, beach just in front and nice breeze from up there. Staff are extremely helpful, really paying attention to detail and making the best for your stay. Definitely a must visit in Zanzibar!

Located in Bwejuu, a few steps from Bwejuu Beach, The African Paradise Beach Hotel provides accommodation with a restaurant, free private parking, a bar and a shared lounge. The hosts and staff are so kind and accommodating. The hotel is right on the beach and they have bikes, kayaks, games, and more for you to enjoy on the property. They also have a full bar and restaurant, taxi services, and excursions. You don’t need to worry about a thing. 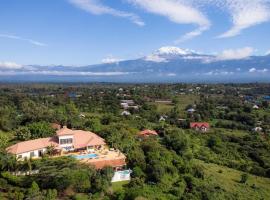 Located in Moshi, 21 km from Mount Kilimanjaro, Pink Flamingo provides accommodation with a restaurant, free private parking, an outdoor swimming pool and a bar. Better service and attention to detail than a 5-Star hotel! This is my second time staying at The Pink Flamingo. Hosts Theresa and Leandro make you feel right at home, and the staff always goes the extra mile. A must stay!! I can’t wait to come back. 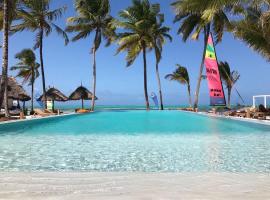 Located in Jambiani, a few steps from Jambiani Beach, The Loop Beach Resort provides accommodation with a restaurant, free private parking, an outdoor swimming pool and a bar. I loved everything! The staff is super cool, sweet and nice and always go the extra mile. The music was always nice and never too loud They constantly make an effort to keep everything clean. Decoration if food was outstanding! I am happy to come back. 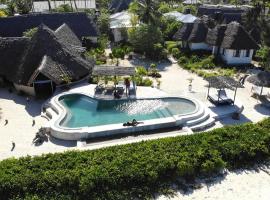 Driftwood Beach Lodge features a restaurant, seasonal outdoor swimming pool, a bar and shared lounge in Jambiani. A few steps from Jambiani Beach, the hotel offers a garden and a terrace. The place is really beautiful. In the middle of the nature. Just in front a beautiful white sand beach. It's in a perfect location for both tides. When it's low you can walk south and find a spectacular sand bank. When it's high tide you can just bath in the water in front of the resort. The couple managing the property is really nice. They are kind, they welcome you warmly and they care about their customers. The food is good quality and prices are excellent. It's really a place where to relax: a family atmosphere far from crowdy resorts. Located within 50 km of Peace Memorial Museum and Hamamni Persian Baths, Summer Beach Paje offers rooms in Zanzibar City. Really chill vibe. The food and drinks were good and the staff was chilled. The view from the rooms and the terrace is absolutely gorgeous and the beach is at your doorstep. Would definitely recommend coming here to relax! 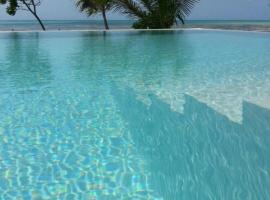 Offering an outdoor pool and a private beach area, Jaribu Beach Hotel is set in Paje in the Zanzibar Region, 39 km from Zanzibar City. Maria and all the staff were so helpful and always smiling.They make you feel at home straight away! They really made everything for our stay to be perfect. The food was great ( berakfast-lunch and dinner). Great pool and the room were spacious and very clean. Again, the staff were amazing - helpful and always making sure our stay was great! The organize the taxi rides. Would recommend anytime!

Set in Jambiani, Blue Moon Resort offers its guests free WiFi, private beach access and an outdoor swimming pool with a solarium. From when me my partner arrived everything was beyond our expectations, we were given a lovely refreshing welcome juice then shown around the resort by Saumu who was extremely welcoming. The pictures do not do this resort justice! the resort is right on the beach, lovely white sand and a clear blue ocean. The pool is maintained very well and is always kept warm. -Rooms are very spacious and are cleaned daily (sometimes even more than once) and water refreshments are stocked daily in the rooms along with fresh towels. -Breakfast is very fresh and you have a good selection from the breakfast menu to choose from which is cooked for you as you like. -Lunch and Dinner you are never rushed the atmosphere is always so relaxed and chilled. We had arranged a special birthday dinner celebration for my partners 26th Birthday, we had the most romantic dinner on the beach. They had created an arch out of palm trees in the sand on the beach with flowers, candles shaped in a love heart and we were served a beautiful dinner on the beach, we couldn't have asked for any more it was perfect. -We arranged a few excursions through the hotel with Francesca these were all brilliant. A huge thank you to Ayubu, Mohamed, Simon and the lovely gentleman behind the bar (sorry we did not get your name) who really made us feel so at home and they were always there with a smile on their face to welcome us every day. 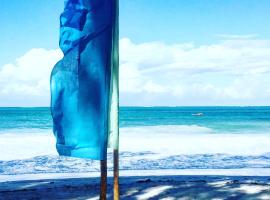 Located in Paje, a few steps from Paje Beach, B4 Beach Club provides accommodation with a restaurant, free private parking, an outdoor swimming pool and a bar. It’s is just an amazingly designed property! We were lucky to get a room Nicone and it was right at the beach! Everything was spot on in our little villa! Clean, beautiful design, comfortable, perfectly functioning ac, outdoors shower is a gem - I loved it! I am just a fan of this place! 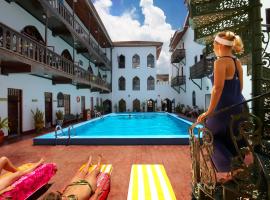 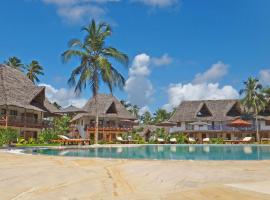 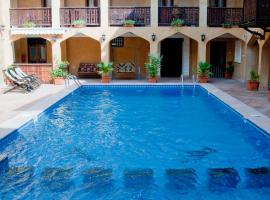 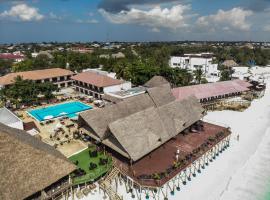 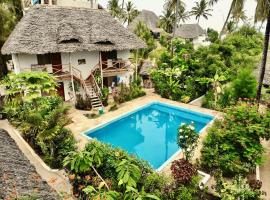 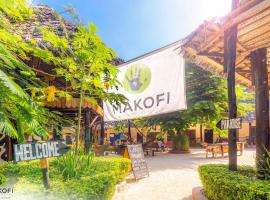 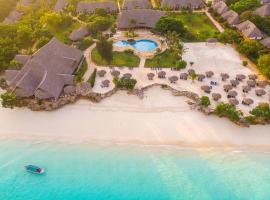 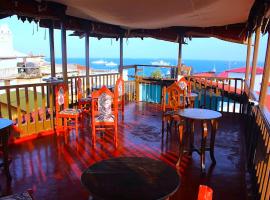 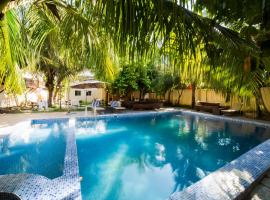