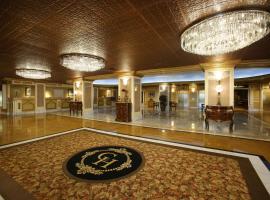 Featuring an outdoor swimming pool and an ATM, Atlantic Palace on The Boardwalk OCEANFRONT STUDIO is well set in Atlantic City, a 10-minute walk from Atlantic City Beach and 1.6 miles from Brigantine... 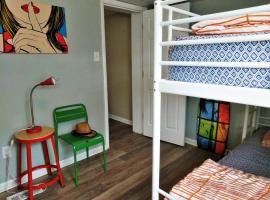 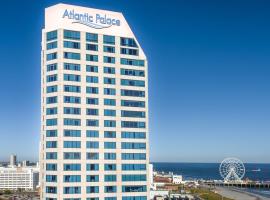 Located on Boardwalk in the center of Atlantic City’s casino district, the Fantasea Resorts at Atlantic Palace features an outdoor pool with a sun terrace and direct access to Atlantic City Beach.

Just 5 minutes’ walk from the Atlantic City Boardwalk and beach, this hotel offers rooms with free WiFi and LCD TVs. 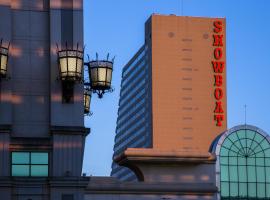 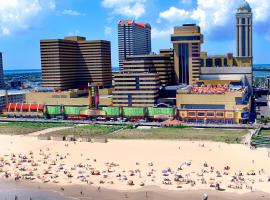 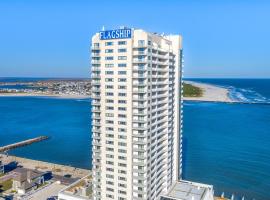 In a quiet area, minutes away from the excitement of downtown Atlantic City, this hotel in Absecon, New Jersey offers convenient services such as a free continental breakfast. The cleanest of everything,the bed was very comfortable.The pool was clean and hot tub. 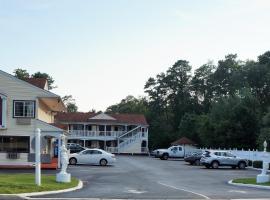 Located in West Atlantic City, this hotel provides access to a private beach. The hotel offers a modest gym and is 5.5 miles from the Atlantic City Boardwalk. The staff members are very welcoming and friendly. I very much enjoyed my stay. 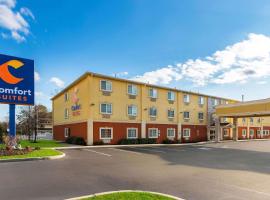 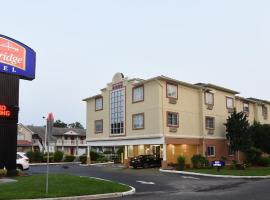 This hotel features an indoor pool and a tennis court. It is located off the Garden State Parkway at Black Horse Pike. All suites have separate areas for sleeping, working, eating and relaxing. excellent location...near WaWa and Walmart!

Offering an indoor pool and a fitness center, Country Inn & Suites By Radisson, Absecon (Atlantic City) Galloway, NJ is located in Galloway. Free WiFi access is available. Everything was so clean the staff where very kind and friendly. 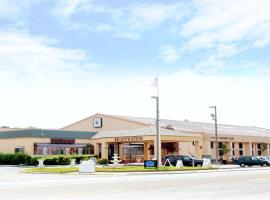 This nonsmoking Atlantic City hotel features free WiFi, a business center, and rooms equipped with cable TV. Atlantic City beaches and casinos are 3.4 mi away. I like the location of the hotel and a couple of the front desk associates (overnight and weekend... 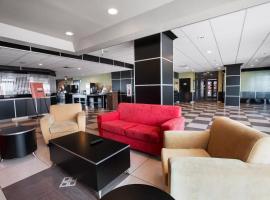 This hotel is located in Absecon, New Jersey and is 17 miles from the Absecon Lighthouse. Rooms at the hotel feature free Wi-Fi and air conditioning. Halls were hot. Decent breakfast

This hotel is next to Lakes Bay with views of the Atlantic City skyline. Guest rooms at the Ramada by Wyndham West Atlantic City are equipped with a satellite TV and free WiFi. Beds was extra comfortable everything was clean nice size bathroom loved the shower 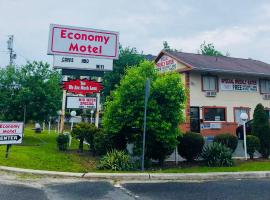 The Rodeway Inn hotel is perfectly located just five miles from the excitement of many Atlantic City casinos and the Atlantic City Boardwalk. The location is good, Mgt does great job making you feel Welcome, Property is clean, and the price... Located in Galloway, New Jersey, this hotel is only a 15-minute drive from the Atlantic City Casinos and Boardwalk. It offers free Wi-Fi and free on-site parking. The size of the room and it was very clean Located in Absecon, Hampton Inn Atlantic City/Absecon, NJ is 6 miles from Stockton College. Private parking can be arranged at an extra charge. At the hotel, rooms include a desk and a flat-screen TV.... The property was clean, modern, and everyone there was friendly.

Featuring a garden, City House Atlantic City is located in Atlantic City in the New Jersey region, a few steps from Atlantic City Beach and a 6-minute walk from IMAX Theatre at the Tropicana. Everything is good I really like it here

Featuring an indoor pool and a fitness center, Club Wyndham Skyline Tower is in Atlantic City just 3 minutes’ walk from Resorts Casino Hotel and the Atlantic City boardwalk. The staff was super friendly throughout my entire stay. 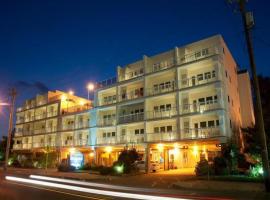 Featuring free Wi-Fi access and a rooftop swimming pool, this Ocean City, New Jersey hotel is just under a quarter of a mile from the beach. Varsity Inn for breakfast across the street...exceptional!

Featuring free WiFi throughout the property, Watson's Regency Suites offers accommodations in Ocean City. Free private parking is available on site. The staff was very friendly and responsive to our needs.

Located along the Atlantic City Boardwalk and overlooking the ocean, Ocean Casino Resort offers a variety of pool locations. EVERYTHING was simply GREAT. Staff was very friendly and accommodative, on our check in we request... 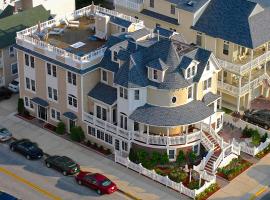 Atlantis Inn has accommodations in Ocean City. Featuring family rooms, this property also provides guests with a terrace. Free WiFi is available and private parking can be arranged at an extra charge.... The owner is kind and caring. The breakfast was awesome! The place is well kept and clean.

Just 5 minutes’ walk from the Atlantic City Boardwalk and beach, this hotel offers rooms with free WiFi and LCD TVs. The staff were extremely helpful friendly and kind especially the lady that checked us in (i am...

Located in the heart of Atlantic City, this hotel is just steps from the famous Atlantic City casinos, boardwalk, restaurants, and Tanger Outlets shopping center. I like the employees so helpful 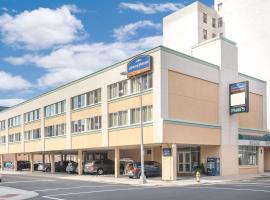 Just 1 block from Atlantic City’s Boardwalk, this hotel offers classically furnished rooms with free Wi-Fi and a cable TV with HBO channels. It features an on-site restaurant and outdoor pool. I always come here so no surprises. It is a few blocks from the beach. 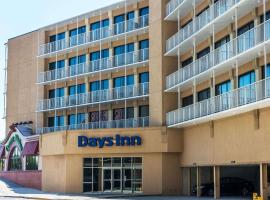