Enter your dates and choose from 7,006 hotels and other places to stay

Centrally located in Porto, Zero Box Lodge offers a different concept of accommodation spread throughout a former bank. The Bolhão Metro Station and Aliados Avenue is a 5-minute walk away. This place is like nothing I've experienced before! I was amazed from the very beginning when I was greeted with a bottle of beer! It's a wonderful place and the experience of staying in a box was just incredible! The room was very carefully designed and built, with facilities that are just out of this world. Amazing concept that I would recommend everyone to try! 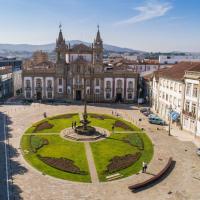 Set in Braga, 2.9 km from Braga Se Cathedral, Vila Gale Collection Braga offers accommodation with a restaurant, free private parking, an outdoor swimming pool and a bar. Braga was a beautiful city and the hotel was a perfect location with great facilities 😎 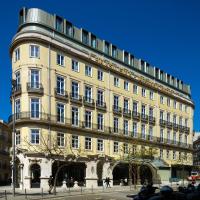 Pestana Porto - A Brasileira, City Center & Heritage Building is a brand new 5-star property in downtown Porto, just a 4-minute walk from Aliados Avenue. Front desk and concierge were helpful in helping us with a last minute booking of a Duoro Valley tour. 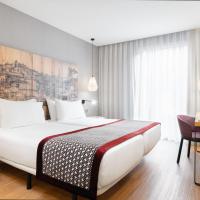 Eurostars Porto Centro is located in Porto, 300 metres from Paris Galleries Street. Guests can enjoy the on-site bar. Each room at this hotel is air conditioned and comes with a flat-screen TV. Location, cleanliness, wonderful breakfast, & front desk staff were excellent. Staff helped me with so much beyond tourist info, I had to mail a package to US, they helped me locate boxes, who to send through, & worked directly with pick up service. I’ll come back here again!

Torel Avantgarde is set in Porto's centre, a 10-minute walk from the Douro riverside and 750 metres from the iconic Clérigos Church. Excellent hotel, all of the staff went above and beyond to make are very special. Some lovely touches, particularly enjoyed the welcome drink on arrival. Can’t recommend the hotel enough. Simply a wonderful stay.

Featuring free WiFi throughout the property, Hotel Spot Family Suites offers accommodation in Porto, 200 metres from City Market Bolhao. Guests can enjoy the on-site bar. They were great to us and very friendly. Fast check in. very clean and comfy apartment. 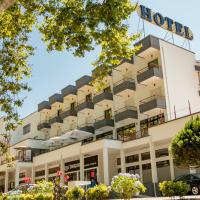 The Hotel Império do Norte is located in Ponte de Lima, the oldest town in Portugal. WiFi is free throughout the property and free garage parking is available on site. Location, staff, large room with three comfortable beds. 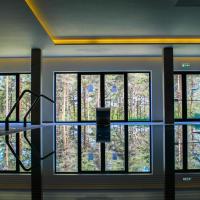 Offering a natural setting in Ribeira de Pena, a 30 minute-drive from Vidago and Vila Real, Pena Park Hotel features an indoor pool and a seasonal outdoor pool, a spa and a wellness centre. cozy room, very comfy bed, complimentary water and coffee with coffee maker in the room,

The 4-star Eurostars Porto Douro is located in the city of Porto facing the Douro River, just a 3-minute walk from the UNESCO World Heritage Ribeira and the D. Luís I Bridge. Location of the hotel was really nice The view from the room overlooking the river is breathtaking Everything about the hotel was really amazing One of the best hotels I have ever been in 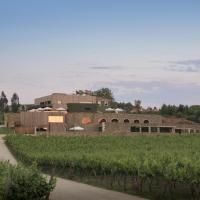 Featuring free WiFi and a seasonal outdoor pool, Monverde - Wine Experience Hotel offers accommodation in Telões. There is a games room on site and guests can enjoy the on-site restaurant and bar. This property is absolutely amazing and the perfect place to relax during a busy month around Europe. Most of the staff were lovely and I’d suggest booking the wine tour experience to the cellar door with Daniela - she is amazing and has so much knowledge! Very close to Porto so not a long drive. 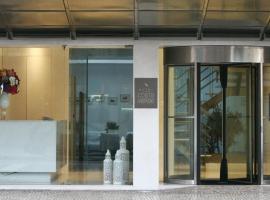 Hotel Costa Verde is located in the seaside city of Póvoa de Varzim, 100 metres from the Atlantic Ocean. It offers a 24-hour reception and free Wi-Fi access. The hotel was very comfortable and efficient and located just off the beaches.

Located in Braga’s historic city centre, this hotel is only 200 metres away from the Sé Cathedral de Braga. It offers rooms with a flat-screen TV with cable channels. This hotel combines wonderful service with culture and grace. The rooms are elegant and clean. 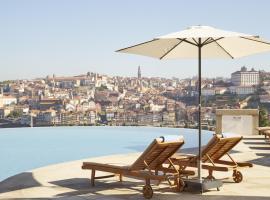 This wine hotel’s luxury spa has a large indoor pool and hot tub offering panoramic views of Oporto. The pool and spa was fantastic. The restaurant was very good

Forte De São Francisco Hotel is situated in historic 17th-century building, listed as a National Monument. It offers a 15 000 m² garden with an outdoor pool facing the city and surrounding mountains. Breakfast was very good with a lot variety, the rooms um the addic were large and very confortáble 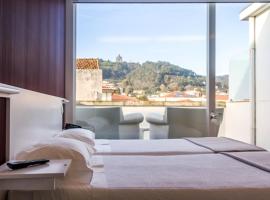 The boutique Laranjeira Hotel is set in the heart of Viana do Castelo, just 500 metres from the Atlantic Ocean. It offers rooms with free internet and panoramic views of the area. The concierge was extremely helpful - the showers hot and strong and the breakfast tasty and... 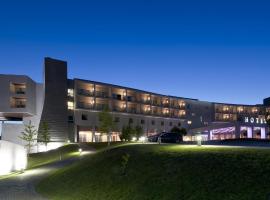 Hotel Casino Chaves features an in-house casino with table games and 300 slot machines, a restaurant with views of the mountains and 3 bars. The hotel is a 5-minute drive from Chaves’s town centre. Room with a fantastic view, big and modern. The staff was very friendly at all time. 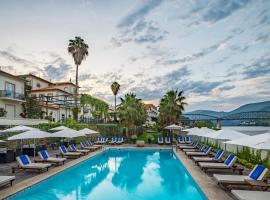 Situated in a former 18th-century wine estate, this luxury hotel overlooks vineyards and the Douro Valley. The property was superb...the breakfast was excellent This historic 5-star hotel, a member of Small Luxury Hotels of the World, is located in central Porto, a 4-minute walk from Aliados Metro Station. Lovely historic hotel in great location. 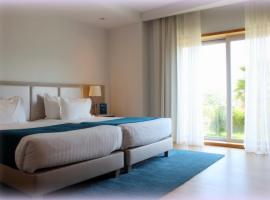 Located a 7-minute walk from Francisco Sá Carneiro International Airport, the OPOHOTEL Porto Aeroporto offers spacious rooms and free Wi-Fi. We stayed at this hotel because we only landed in Portugal after 21h00. What a great surprise. 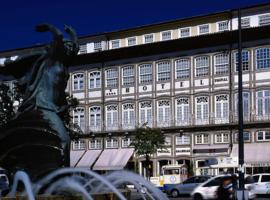 Situated in the historic city centre of Guimarães, Hotel Toural offers spacious rooms with satellite TV and air conditioning, only a 10-minute walk from Guimarães Castle. Free parking is available. Perfectly located. The staff was very friendly. Especially the waiters at breakfast. 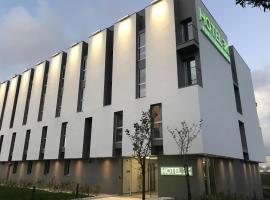 Hotel 3K Porto Aeroporto in Maia features a bar and a terrace. Among the facilities at this property are a 24-hour front desk and a shared lounge, along with free WiFi throughout the property. Breakfast was good The Hotel & Bedroom were clean throughout It was ideal for catching the... Featuring a terrace and views of city, ibis Styles Chaves is located in Chaves, less than 500 metres from Chaves Thermal Spa. 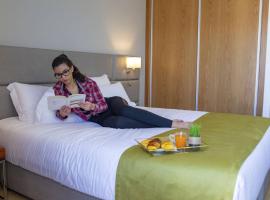 Hotel Fafense is a 3-star property situated in Fafe. Featuring a shared lounge, the 3-star hotel has air-conditioned rooms with free WiFi, each with a private bathroom. This is excellent value for money, everything is brand new as it was refurbed & opened recently...

Situated in Chaves and with Chaves Thermal Spa reachable within 300 metres, Castelo Hotel features concierge services, allergy-free rooms, a bar, free WiFi throughout the property and a shared lounge.... Wonderfully helpful staff who go out of their way to help. 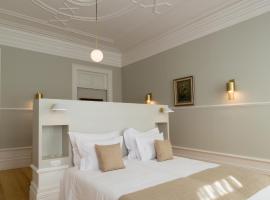 Situated in the Alto Douro Wine Region, this property is 10 km from the Douro riverside area. Placido Hotel Douro - Tabuaço is 2 km from the Tabuaço centre and São Plácido Chapel is 150 metres away. We loved this place. Large room overlooking stunning views of vineyards and rolling hills in the... 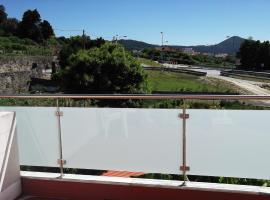 The tranquil Hotel Minho Belo has tranquil accommodation in Vila Nova de Cerveira, just a 20-minute drive from Tuí, across the Spanish border. Location was good. Close to metro and the Camino trail. 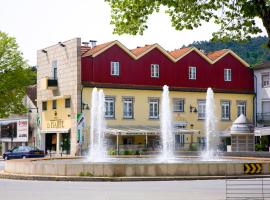 Situated in Arcos de Valdevez, Residencial D.Isabel has a restaurant, bar and free WiFi throughout the property. At the hotel, the rooms include a balcony. People where very friendly and always ready to help. The rooms were clean. 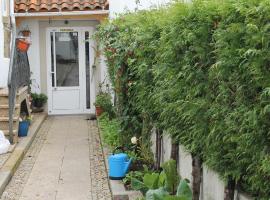 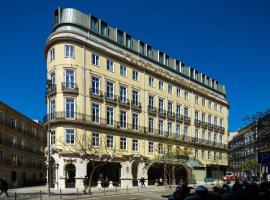 Pestana Porto - A Brasileira, City Center & Heritage Building is a brand new 5-star property in downtown Porto, just a 4-minute walk from Aliados Avenue. Front desk and concierge were helpful in helping us with a last minute booking of a Duoro Valley... 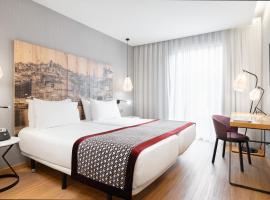 Eurostars Porto Centro is located in Porto, 300 metres from Paris Galleries Street. Guests can enjoy the on-site bar. Each room at this hotel is air conditioned and comes with a flat-screen TV. Location, cleanliness, wonderful breakfast, & front desk staff were excellent.

The 4-star Eurostars Porto Douro is located in the city of Porto facing the Douro River, just a 3-minute walk from the UNESCO World Heritage Ribeira and the D. Luís I Bridge. Location of the hotel was really nice The view from the room overlooking the river is breathtaking... 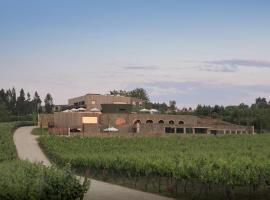 Featuring free WiFi and a seasonal outdoor pool, Monverde - Wine Experience Hotel offers accommodation in Telões. There is a games room on site and guests can enjoy the on-site restaurant and bar. This property is absolutely amazing and the perfect place to relax during a busy month around... 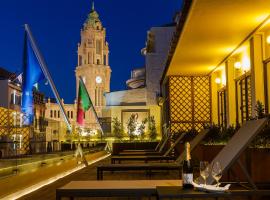 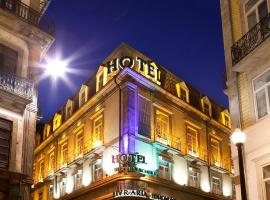 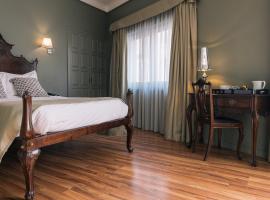 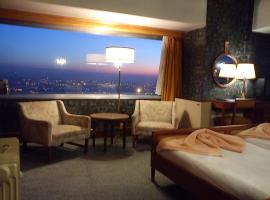 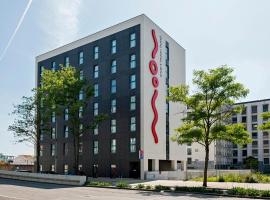 FAQs about hotels in Norte Region

The Essence of Portugal

With fabulous beaches stretching from Caminha by the Spanish border to just south of Espinho, Portugal’s Norte region is known for beautiful scenery and historic cities.

Most Norte hotels on Booking.com are in its UNESCO World Heritage-listed capital Porto (or Oporto). Attractively spread over hills, it has wine cellars storing port from the Douro River Valley vineyards upstream.

Voted one of Portugal’s most liveable cities, Vila Real has the Mateus house overlooking a peaceful pond. Guimarães boasts a UNESCO World Heritage-listed historical centre and is known as the ‘birthplace of the Portugal’. Its stately castle and the Palace of the Dukes of Bragança are well worth a visit.

Bragança itself is by Montesinho Natural Park in north-east Norte, and a keep remains from its former castle. Chaves also has a castle keep and a Roman stone bridge, but unlike Braga, it no longer has remains of its Roman baths, erected over hot springs. Braga’s crowning glory is the Bom Jesus do Monte sanctuary, set high in hills, with a wonderful staircase and garden overlooking the city.

South of Galicia is the beautiful Peneda-Gerês area, Portugal’s only national park, and to its west is Viana do Castelo with its Norte beach hotels set on Blue Flag beaches. Also noteworthy is impressive Basilica de Santa Luzia, surveying the riverfront town below.