Find the perfect place to stay in Munich

Top things to do in Munich

Attractions, tours, and activities in Munich

Find a great area to stay in Munich

Including tips for the best time to visit Munich

Litres of beer, lederhosen and laid-back attitudes – Bavaria’s capital of Munich is where you’ll experience an untranslatable sense of serenity known as 'gemütlichkeit'.

Beer is one of the biggest parts of Bavarian culture, and Munich is filled with places to get your hands on a trademark tankard of golden Pilsner. One of the most historical beer halls is Hofbraühaus, which has been serving steins since 1644. If you want to blend in with the locals, order a Mass – one-litre tankard – of Augustiner, crafted by Munich's oldest independent brewery. The beer calendar culminates in the world-famous Oktoberfest, when over six million people raise their tankards and cheers the Bavarian way with a shout of ‘Prost!’ Soak up your beer with some schweinshaxe (roasted pork knuckle), bratwurst (pork sausage) or fresh pretzels.

Munich is much more than just its beer halls – just take a stroll through its beautiful main square, Marienplatz, to see for yourself. Its famous glockenspiel comes to life throughout the day, playing music on 43 bells and depicting historical events through charming dancing animatronic figures. Just a short walk away from the square is the 15th-century Frauenkirche cathedral, known for its iconic domed towers.

The easiest way to make your way around Munich is with a tageskarte, which gives you unlimited use of public transport for an entire day. For added freedom and fun, you can also hop on one of the many public e-scooters sprinkled around the city.

Points of interest in Munich

Stay near the top sightseeing spots in Munich

Inspiration and insider tips for things to do in Munich 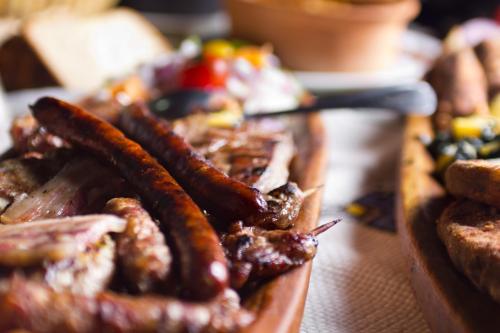 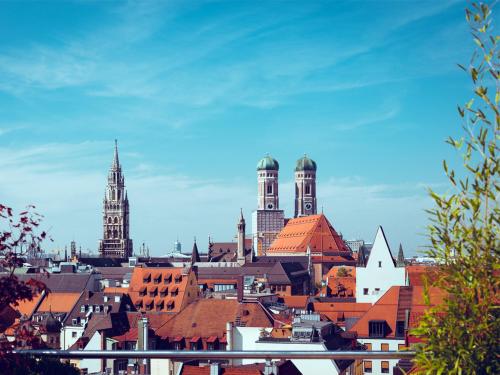 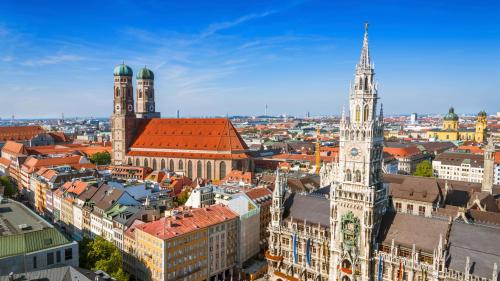 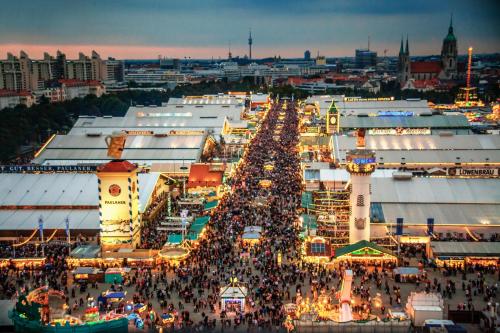 What other travelers say about Munich

There is much to do in this very pleasant city. We only skimmed the surface in one week. Parks and open spaces are really nice, food simple but excellent everywhere we went. How the various bierkellers manage to produce such consistently good food in such huge numbers is a wonder!

Have visited Munich on earlier occasions but chose this hotel to have a different experience and also it's location was close to where I had my business engagements. I was not disappointed. It was a wonderful though short stay and the Reception staff are just 👍and very helpful.

Munich reflects the old Bavaria. The buildings and architecture of the old city and Marienplatz are great to experience as is the Nymphenburg Palace (highly recommended) which is only a short tram ride away from the main station. Day trips to Neuschwanstein Castle and the beautiful town of Rothenburg are easy to do from Munich. The drive to these sites from Munich are picturesque and easy on the autobahn. Munich is wonderful!

Having lived, studied and worked in Munich for a few hours - the city is very lovely. Museums, plenty of superlative dining options - gorgeous gardens to walk around in. Take the bus number 100 on a round route starting at Odeonsplatz - it takes the same route as the hop-on-hop-off bus and is much cheaper.

So much to see and do. We definitely could have stayed for a few more days. Fabulous for lovers of history, art and architecture especially if you also like beer. Friendly locals helped us out with public transport questions. It was very hot when we were there,but found plenty of shady places to rest. Public transport system is massive and a bit confusing but we got everywhere we wanted to go!

Popular places to stay in Munich

Stay in some of the best accommodations Munich has to offer

Other accommodations in Munich

Pick from a wide variety of places to stay in Munich

Other attractions and activities in Munich

More things to do and see in Munich