Search hotels and more in Southampton

Hotels and more in Southampton

All 206 hotels and more in Southampton
Show map 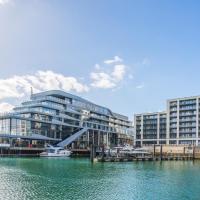 Situated in Southampton in the Hampshire Region, Southampton Harbour Hotel & Spa is just 1.7 km from Southampton Guildhall. The hotel's spa facilities include a hot tub, pool and sauna. Very clean and could not fault the hotel , staff where amazing and very polite would recommended to anyone with amazing views of the harbour from the room and bars 👍🏻 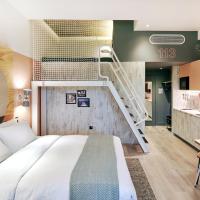 Featuring a fitness centre and a shared lounge, room2 Southampton is situated in Southampton, 1.2 km from Southampton Guildhall and 1.4 km from The Mayflower Theatre. Great location, clean, modern and comfortable for the area. 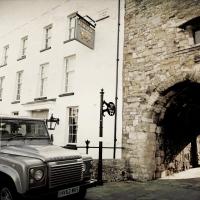 Situated conveniently in Southampton, THE PIG-in the wall offers air-conditioned rooms, a bar and free WiFi. The property is close to Medieval Merchants House, Tudor House Museum and St. Luxury with traditional/historical look. 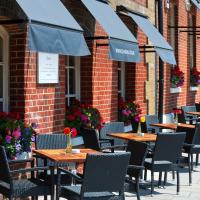 Opposite the Red Funnel ferry terminal and just minutes from the city centre and cruise terminals, Ennios is an Italian restaurant with boutique bedrooms that offer luxurious comfort. Location, beautiful room, service 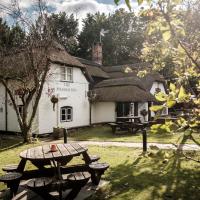 In a quiet, rural location, the Pilgrim Inn consists of 2 beautiful thatched buildings; one housing the cosy bar and restaurant, while the other contains stylish and luxurious boutique rooms. Very good value. Great location. Good pub. Really enjoyed our stay. Thank you.

Located in Southampton city centre, this inn was built in the 19th century. It is now a contemporary hotel offering free Wi-Fi access. Love the comfort and luxury of the room. Hilton at the Ageas Bowl, Southampton offers high-quality accommodation with views overlooking the famous cricket ground. Free parking is possible on site, and free WiFi can be accessed throughout. Every thing is amazing Starting from wonderful location The room overlooking to forest , The room all surrounded with window glass which allow you to forecast all the location Receptionist are warm welcoming 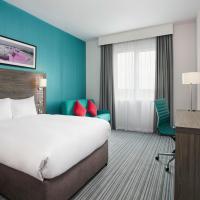 Overlooking East Park, Jurys Inn has a 24-hour reception and a modern restaurant. The hotel is located in Southampton centre, less than a mile from Southampton Central Railway Station. Location and environment were perfect for our stay 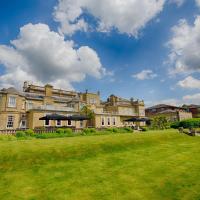 Chilworth Manor is an impressive Edwardian manor house set in 12 acres of beautiful gardens. It has en suite rooms, a pool, a hot tub and free Wi-Fi. The staff were friendly helpful and polite, we felt taken care of and that the staff were on hand to help. On a previous trip we had forgotten something in our room and Katie Mills was polite and friendly and helped us to locate the forgotten item with the minimum of fuss

In Southampton’s centre, Novotel looks over the port and is just 400 metres from the train station. It has an indoor heated pool and modern rooms with 26-inch LCD TVs. The staff was warm and helpful, the pool was warm and delightful! 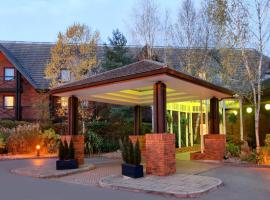 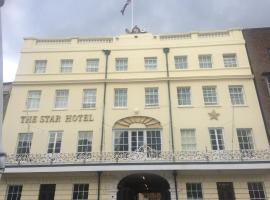 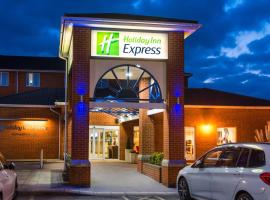 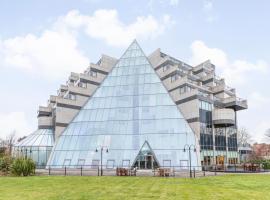 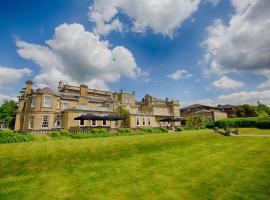 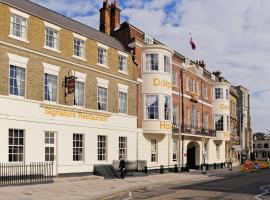 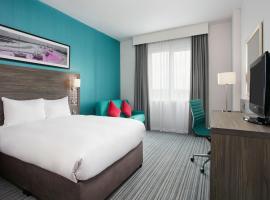 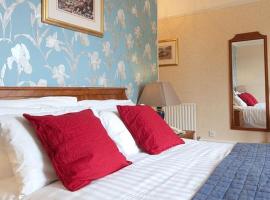 This privately-run hotel is a short walk from Southampton University and the city centre. It has free parking and individually designed en suite rooms. Great for local transport. Great place. Great welcome.

The DoubleTree by Hilton Southampton is situated in peaceful wooded gardens near the M3 and M27. Paultons Theme Park - Home of Peppa Pig World, is just a 20-minute drive away from the hotel. Breakfast was rudimentary but, under the circumstances, it was more than acceptable. Hilton at the Ageas Bowl, Southampton offers high-quality accommodation with views overlooking the famous cricket ground. Free parking is possible on site, and free WiFi can be accessed throughout. Every thing is amazing Starting from wonderful location The room overlooking to forest , The room... 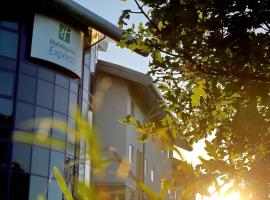 Just 1 mile from junction 7 of the M27, this fully air-conditioned hotel has free parking during your stay and sits next to Ageas Bowl cricket ground, about 5 miles from Southampton Airport. Friendly, clean comfortable hotel. Nice looking out on the cricket ground.

Located off junction 1 of the M271 motorway, and just off the M27 motorway, this hotel has offers accommodation in Southampton with modern rooms, a guest lounge and free parking. overall impression very good, clean and tidy and the staff smiling. 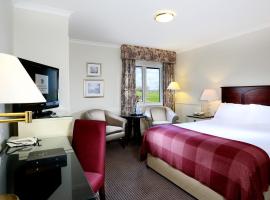 The 4-star Macdonald Botley Park Hotel & Spa has an award-winning restaurant, a technogym, a spa and a swimming pool. There is also free parking, and free WiFi is available throughout the property. Staff at reception were polite, helpful and quick. Staff in the sports bar likewise. 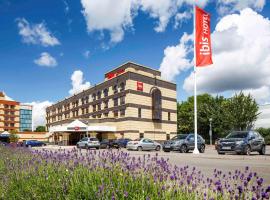 In the heart of the city, opposite Southampton Central Railway Station, Ibis Southampton has a 24-hour front desk and a modern restaurant. Brilliant location, West Quay is within walking distance and public transport like the Southampton... 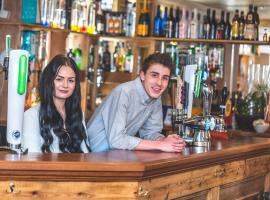 Boasting a garden and bar, as well as a restaurant, Blue Keys Hotel, Bar & Restaurant is located in Southampton. Did not have breakfast - was running late 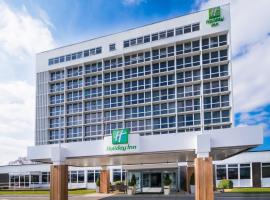 Well-located near the West Quay shopping centre and cruise terminals, Holiday Inn Southampton offers panoramic views of Southampton Waterfront. We didn't have breakfast in the morning. Check in was easy, staff friendly. 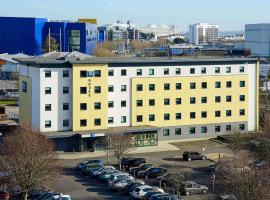 With free Wi-Fi on site, ibis budget Southampton Centre is situated right in the heart of Southampton. The train station is a few minutes’ walk away, and the Medieval City Walls are also close by. That it had all the basics you require from a really good rate, honestly I'll stay here again...

Dating back over 500 years, the 4-star Mercure Southampton Centre Dolphin Hotel is the oldest hotel in the city and still has many original features remain including Britain's largest bay windows. Great staff! Friendly and serviceminded.

FAQs about hotels in Southampton

Departure point for Isle of Wight ferries and grand cruise liners including the Queen Mary 2, Southampton is understandably centred around its port. But even if you’re passing through, the city has more than enough to make you want to stay awhile. The Hythe Ferry from the port passes Netley, site of a ruined abbey, and ends at Hythe Pier, home to the world’s oldest pier train.

There is much older history in the city centre where the 15th-century city walls are amongst the most complete in England. Also remaining is the medieval Bargate gatehouse.

Just behind is the Bargate Shopping Centre, while high street stores in the city centre and West Quay are other Southampton shopping choices. As for entertainment, the city is well served by theatres, and Oxford Street has the best bars and restaurants. All are easily reached from the apartments, B&Bs and hotels in Southampton available on Booking.com.

There is also a surprising amount of green space in the city and its central parks are Grade II-listed. Slightly further out is Southampton Common, whose Urban Wildlife Centre is worth a visit.

If you’re flying out of Southampton Airport, don’t leave without having visited the Maritime Museum or Archaeology Museum, both detailing the history of this long-established city.