All 133 hotels and more in Lübeck
Show map 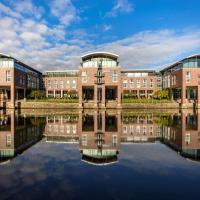 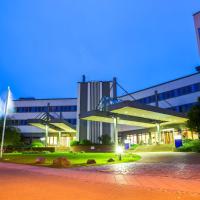 This hotel lies directly on a branch of the River Trave, opposite the Music and Congress Hall and a 5-minute walk from Lübeck's Old Town. It was the best hotel we have stayed in during this trip. The location was perfect and our room was more like a suite. The was parking on site, always a plus.

This hotel is centrally located in Lübeck, directky next to the IHK Lübeck Service Center, 1148 feet from the main station and 1969 feet from the historic Holstentor gate. The location was easy to find and very close to the main City centre. The staff was very accommodating. The breakfast was excellent. And the hotel wasn’t expensive at all. 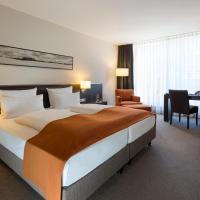 This hotel is in the Old Town of Lübeck beside the market square and St. Petrikirche Church. Optimal Location in City Center; Calm and comfortable; Very nice and helpful staff, well above average

Less than a 5-minute walk from the historic Holstentor Gate and 328 feet from Lübeck Train Station, this 3-star hotel offers free WiFi, SKY satellite TV, soundproofed rooms and a garden terrace where... Extra bed is comfortable. Room is big. Staffs are friendly. Just few minutes to walk to train station.

This hotel is located in the oldest trading area of the historic center of Lübeck, made famous by Thomas Mann's novel Buddenbrooks. This hotel is in the heart of Lübeck. It is charming and romantic. Our room was very clean and all the staff was extremely friendly. Breakfast is excellent. Highly recommended. 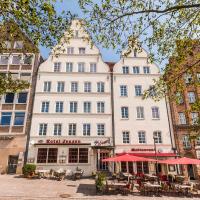 This 3-star hotel enjoys a central location on the banks of the river Trave. Some rooms and suites face Lübeck’s famous Holstentor gate. Experience the traditional flair of the Ringhotel Jensen. Excellent hotel in a perfect location, with a superb view (from our room at least) of the old salt warehouses and the Holstentor. Very welcoming staff, especially the lovely lady on reception that greeted us on our arrival. Very nice breakfast options too. 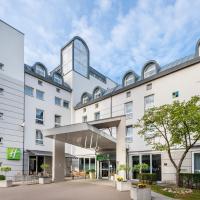 This 4-star-Superior hotel offers an indoor pool, on-site health and fitness center, and free WiFi internet. It is conveniently located just a 5 to 10-minute walk from the medieval heart of Lübeck. The hotel is situated on an ideal place for city tours - you can reach the historical downtown in 10 mins walking. If you want to visit the beaches near Lübeck, it is very simple to drive there by bus or using your own car.

Motel One Lübeck features accommodations in Lübeck near Holstentor and Theater Luebeck. Especially in the current situation, they are doing a great job. Everything is super clean and the „established rules“ are easy to follow. Staff is super friendly and you can reach all important sights by walking within max. 10-15 minutes. 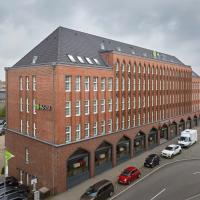 The H+ Hotel Lübeck is located next to Lübeck Central Station in the UNESCO-listed Old Town district of Lübeck. It offers air-conditioned rooms and a sauna area. Great location, friendly staff 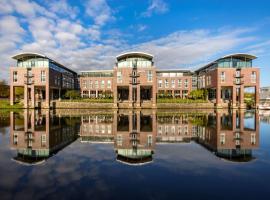 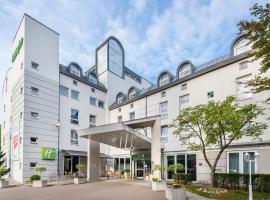 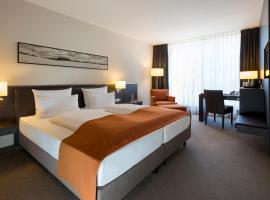 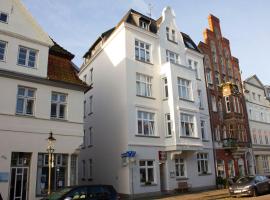 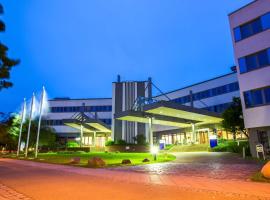 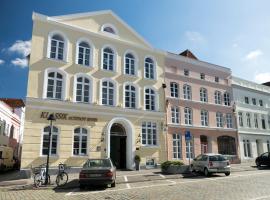 This 3-star hotel in Lübeck's historic quarter offers classical-style rooms which are inspired by famous artists from Lübeck. It provides free Wi-Fi and traditional food. The hotel is located pretty central, personnel is very polite and courteous, the rooms are clean and... 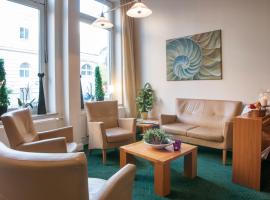 This hotel offers free Wi-Fi, large breakfast buffets and a free sauna. It stands in a quiet side street, a 5-minute walk from Lübeck Train Station and the Holstentor Gate. We primarily chose the Lindenhof for the location and it had reserved parking. 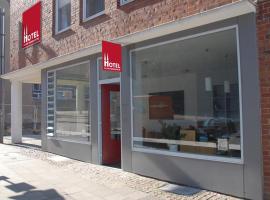 This hotel offers Scandinavian-style rooms with modern design and free Wi-Fi. It stands in the heart of Lübeck’s old town, steps from the Buddenbrookhaus and Marienkirche Church. Modern hotel in central location. Exceptionally helpful & friendly staff. 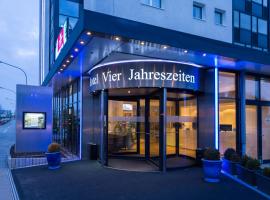 Just a 3-minute drive from the port of Lübeck, this 4-star hotel offers a rooftop restaurant with great city views, free Wi-Fi internet, and easy connections with the A1 motorway. It is a great hotel and in a perfect location for our driving trip to Sweden. 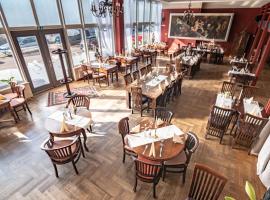 This hotel is located in the the St. Gertrud district of Lübeck, a short walk from the Wakenitz Nature Reserve. Breakfast is awesome. The room has plenty of space. Shower is very good.

This modern 2-star hotel, near Lübeck’s Old Town district, is only half a mile from the Lübeck Main Station and provides direct access to the A1 highway. Close to the trains station, supermarket and Old Town. Typical Ibis quality and interior. 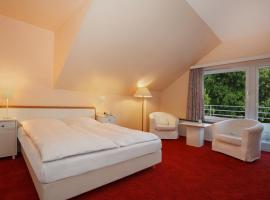 Featuring a garden and a terrace, the Hotel Kaiserhof Lübeck is located in Lübeck. Free WiFi access is available in public areas. We were very pleased with the hotel overall but because we had been booked into the Annex around the... 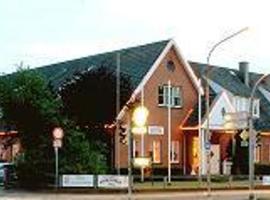 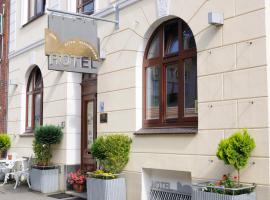 This quiet 2-star hotel in Lübeck’s old quarter is set near the Holstentor gate, historic cathedral, railway station, as well as the concert and conference hall. The breakfast terrace and garden are beautiful and complimented the great breakfast itself 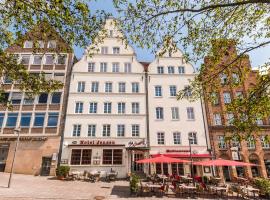 This 3-star hotel enjoys a central location on the banks of the river Trave. Some rooms and suites face Lübeck’s famous Holstentor gate. Experience the traditional flair of the Ringhotel Jensen. Excellent hotel in a perfect location, with a superb view (from our room at least) of the old salt...

This 4-star-Superior hotel offers an indoor pool, on-site health and fitness center, and free WiFi internet. It is conveniently located just a 5 to 10-minute walk from the medieval heart of Lübeck. The hotel is situated on an ideal place for city tours - you can reach the historical downtown in 10...

Less than a 5-minute walk from the historic Holstentor Gate and 328 feet from Lübeck Train Station, this 3-star hotel offers free WiFi, SKY satellite TV, soundproofed rooms and a garden terrace where... Extra bed is comfortable. Room is big. Staffs are friendly. 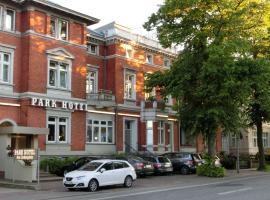 The Park Hotel in Lübeck provides bright rooms and a daily breakfast buffet, within an Art Nouveau-style building. Lübeck Central Station and the Holstentor Gate are less than 984 feet away. You can tell by all the small attention to detail here that someone really looks after this hotel.

This family-run hotel is close to Lübeck Main Train Station, Bus Station and its Music and Conference Hall. It is a 5-minute walk from the Holstentor Gate and the Old Town. Good size shower for a change, well ventilated, good breakfast, friendly staff, convenient location... 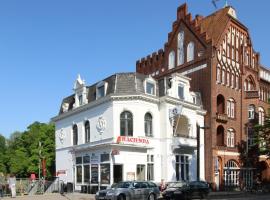 This hotel in central Lübeck enjoys a quiet location near the Trave River, just yards from Lübeck Cathedral. Hotel Excellent offers a historic façade and elegant rooms with free Wi-Fi. Location was gorgeous, in between two lakes on the edge of town. Staff were absolutely fantastic :) 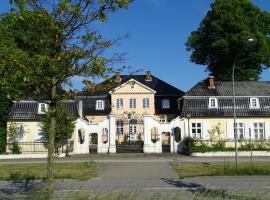 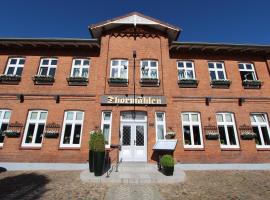 This family-run hotel in Krummesse offers a private deer enclosure, traditional food from the Schleswig Holstein region, and free Wi-Fi internet. Lübeck is just 6.2 mi away. The hotel is very pretty and cozy. Our room was very nice, it was quite large and comfortable. 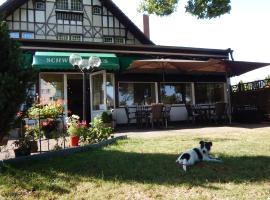 This hotel is located on the Travemünder Allee avenue, 1.9 mi from central Lübeck and 9.9 mi from Travemünde. Offering free parking for cars, it is near the A1 and A20 motorways. The breakfast was exceptionally good even by high German standards and the owner makes sure everyone... 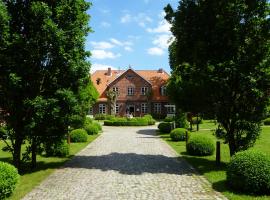 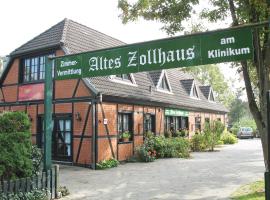 Set in a historic building on the outskirts of Lübeck, Altes Zollhaus am Klinikum provides rooms with free Wi-Fi. The owners are super nice, my dog had a great time in the garden. 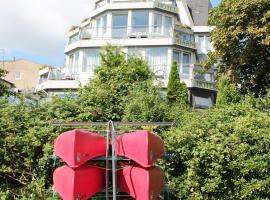 This hotel in Lübeck offers free Wi-Fi, free parking and an outdoor terrace, leading down to the beautiful Wakenitz River. Lübeck’s historic center of the city is less than a 15-minute walk away. Great breakfast. Great location.

This family-run hotel is located in a favorable location in the Old Town and only 5-10 minutes' walk to the town center and the town hall. Free WiFi is available throughout the property. It was so good we have already reserved our stay for next year in December

FAQs about hotels in Lübeck

Medieval Gem of Guilds and Marzipan

Featuring northern Germany’s best-preserved medieval center, Lübeck justifies its UNESCO World Heritage listing. The river surrounding the old town connects it to the historically important trade route of the Baltic Sea, which is why it was the capital of the Hanseatic League of merchant guilds for over 500 years.

Warehouses from that time still line the waterfront and are now shops, restaurants and bars. Their step gables, and the Gothic spires that dominate them, are best viewed from boat trips around the island. The tallest spires belong to 14th-century St. Mary’s Church, similar in style to the cathedral of the same era.

However, Lübeck’s icon is the Holstentor, the most impressive remaining city gate which sits on a separate island by a park. This is the first thing most visitors see after arriving at the train station from Lübeck Airport.

The road through the gate leads to a cobbled square housing the porticoed town hall and part of the annual Christmas markets. Other stalls are in Koberg square, overlooked by Saint Jakobi Church and the medieval Holy Spirit Hospital. Nearby are shops selling the famous Niederegger marzipan founded here, and the former houses of Willy Brandt, Günter Grass and Thomas Mann.

The Lübeck accommodations on Booking.com include hotels, apartments and guesthouses, most with parking.