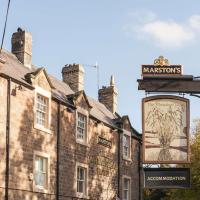 Located on the edge of Chatsworth Park by the river Derwent, The Wheatsheaf by Marstons Inns feature a bar, a restaurant and free Wi-Fi in Baslow. It is set in an 18-th century coach house. Lovely big room and big bathroom in room 4 we stayed in and the food in the pub was exceptional especially the prawn cocktail starter we would go back just for that 👍👍 Located on the Chatsworth Estate, The Cavendish Hotel restaurants has won an AA 2 Rosette Award. The hotel offers locally sourced food and free Wi-Fi. The rooms were comfortable clean and spacious. The staff were exceptionally friendly and very happy to make your stay the best they possibly could. We ate in the restaurant and the food was excellent, so too was the breakfast the following morning. Would definitely recommend. 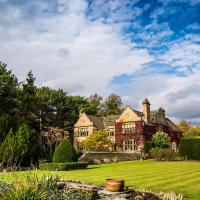 Located in Baslow and with Chatsworth House reachable within 5 km, Fischers Baslow Hall - Chatsworth offers a garden, non-smoking rooms, free WiFi and a terrace. This 4-star hotel offers a bar. A first class Lodge - with top staff and an excellent dining experience. Situated in Baslow, 2 km from Chatsworth House, The Devonshire Arms boasts a restaurant, bar and free WiFi throughout the property. Free private parking is available on site. Very cute 'pub with rooms'! It's homey and decorated nicely, with cute touches like the craft beer in the room (which we took home and gifted to our partners who said it was fantastic!). We had a meal the night of our stay and it was delicious, and reasonably priced. Breakfast was great too (good selection, tasty!). The pub has a lovely relaxed vibe and would be brilliant for any kind of group - romantic, friends, family. You could even rent out a room for an event; something we'd love to do in the future even though we are not local. 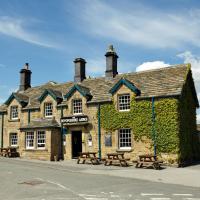 Devonshire Arms at Pilsley - Chatsworth is located on the Chatsworth Estate, which is owned by the Duke and Duchess of Devonshire. Excellent standard, Room a little small but OK for one. Food beautiful. 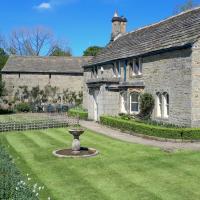 Found in a corner of Chatsworth Park, Heathy Lea Bed And Breakfast offers luxurious accommodation in Derbyshire’s Peak District. very charming and in a great location 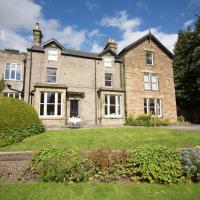 The Beeches, Chatsworth retreat, Apartment 3 is located in Baslow. Providing free private parking, the apartment is 4.3 km from Chatsworth House. What a lovely place. BOTH sides of the bed had reading lamps! And the shutters work wonderfully as blackout curtains, great for jet lagged toddler. And thanks for the milk and bread and stuff. And lovely patio, and fantastic bathroom, and perfect garden (toddler had a lovely time on the grass). 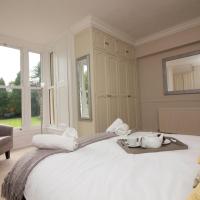 Featuring garden views, The Beeches, Garden View Apartment 1 offers accommodation with a garden and a patio, around 2.3 km from Chatsworth House. The apartment was very clean and well presented. The heating was on when we arrived which was very welcoming. It gave the impression of being professionally managed. The rooms were much bigger than we expected and in fact pictures don't do it justice. There was an allocated parking space immediately outside and its own seperate entrance directly into the property. Everything was provided for our stay including tea, coffee, milk and even a bottle of wine! We ate out every night, so didn't actually do any cooking there, although there appeared to be plenty of utensils, etc . There are a number of places to eat nearby, including the Prince of Wales directly opposite, and Charlie's, il Lupo, The Devonshire Arms all within walking distance. Would definitely return and would not hesitate to recommend. 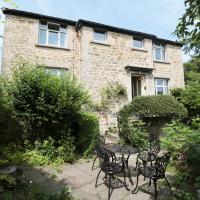 Located in Baslow in the Derbyshire region, Hawkfield is a 4-star property boasting free WiFi. Situated 5 km from Chatsworth House, the property features a garden and free private parking.