Enter your dates and choose from 9,488 hotels and other places to stay!

Explore and find Hotels in Peru

An ancient land of sacred valleys, lost cities and archaeological ruins all strewn across acres of rugged mountains and steamy rainforest – Peru may well be the most complex place you’re ever likely to visit. The story of the country’s mysterious past is pieced together though thousands of Inca ruins, intriguing museums and what is probably the world’s most revered wonder, Machu Picchu. There are many different trails you can take to reach the astonishing ‘Lost City of The Incas’, which was only discovered in 1911 after an American explorer was led there by a local boy. You could do the world-famous Inca Trail, which includes gourmet meals, hot showers and luxury mountain lodges. Or, you could sign up to one of the cheaper, more modest treks like Lares or Salkantay, which involve an overnight stay in the nearby town of Aguas Calientes, before waking up at dawn to ascend the 300-metre-high mountain. All tours can be arranged in the base city of Cusco, once the capital of the Inca Empire. Here you’ll find more ruins, crumbling beside grand cathedrals, and a cosmopolitan culture suited to travellers of all ages. And that’s not the half of it. Elsewhere, you could be stepping onto the floating islands of Lake Titicaca, climbing volcanoes in Arequipa, bird-watching in Colca Canyon, trekking through the Amazon, or flying over the enigmatic Nazca Lines – huge pictograms of plants and animals etched into the southern region’s bone-dry desert. There’s ample accommodation spread throughout Peru. The capital, Lima, is offers a wide range of hotels, hostels and apartments. This is also the case in Cusco and other coastal cities. 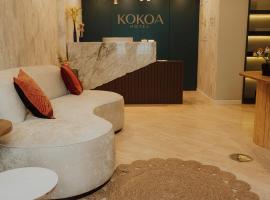 Attractively set in the Cusco City Centre district of Cusco, Kokoa Hotel Cusco is situated 300 metres from Inka Museum, 300 metres from Cusco Main Square and 400 metres from Cathedral of Cusco. Great location from the main square. The staff were very resourceful and accommodating, making sure we were comfortable throughout our stay. The breakfast was great every morning, with complimentary tea throughout the day. They even accommodated breakfast for our earlier days. Everyone was incredibly nice, the rooms were always kept clean. We had a great stay for our first time in cusco and would definitely come back! 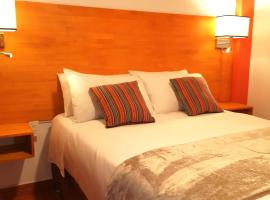 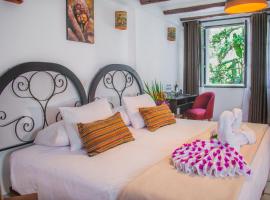 Located within 2.5 km of Machu Picchu Historic Sanctuary and 2.6 km of Huayna Picchu, Vilas Insight Hotel Machupicchu provides rooms in Machu Picchu. Really great hospitality with a very personal service. The room was as expected based on photos with a great bed. Unlike many other hotels, this is located in a quiet area so no problem to fall asleep early. Great breakfast. Good shower. 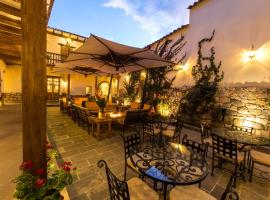 The Antigua Casona San Blas offers 26 rooms with in-room WiFi, radiant heating, a flat-screen TV, unlimited hot water, private bathrooms, a central patio with a fireplace, and an in-house bar. The amenities were super modern and clean. The layout of the hotel was nice and the rooms quiet. There was clean water available. After staying in cheap hostels for a week, it was nice smelling all the eucalyptus in the hallways rather than human feces. I felt like royalty there. 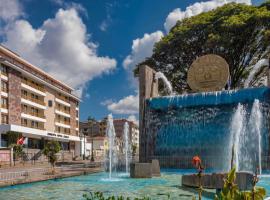 Just 8 minutes drive from the Velasco Astete Airport, the Sonesta Hotel Cusco is less than 1 km from the city centre. All rooms feature a mountain or city view. Friendly staff, clean rooms, delicious food, they respect all the biosafety protocols. 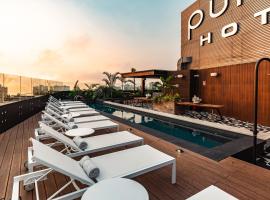 Set in Lima, less than 0.6 miles from Playa La Estrella, Pullman Lima Miraflores offers 237 rooms and suites, an executive floor, 6 meeting rooms, 2 restaurants, gym and a pool on our Rooftop... Buffet breakfast was delicious, the people who attended to us at breakfast were exceptionally kind, the ability to check-in early for a reasonable price that included breakfast, the bed was very comfy, the rain showerhead was appreciated, the hotel's proximity to Larcomar is excellent, and it is near several bank ATMs.

Attractively situated in the Cusco City Centre district of Cusco, Hostal Cusco de mis Sueños is situated less than 1 km from Religious Art Museum, a 10-minute walk from Santa Catalina Convent and less... I recomended this hotel, I stayed with my family for 2 nights . The stuff was very friendly, the room was comfortable and the hotel is close to many atracctions. I will come back next time. Thanks a lot for all your help. 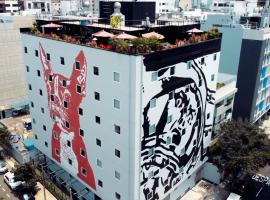 Located in Lima, less than 1 km from Larcomar, Radisson Red Miraflores provides accommodation with a restaurant, free private parking, a bar and a terrace. Really nice decor and great breakfast. 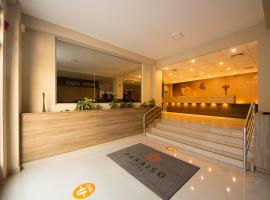 Paraiso Hotel Piura offers air-conditioned accommodation in Piura. This 3-star hotel offers a 24-hour front desk, room service and free WiFi. Private parking can be arranged. Paraiso Hotel is full of charm with very nice staff that makes you feel at home it is cozy clean with first class facilities, good location, beautiful waking up with the bird sleigh, its attached cathedral gives it a unique setting, it has with hot water Tv Cable, and frigobar, highly recommended. 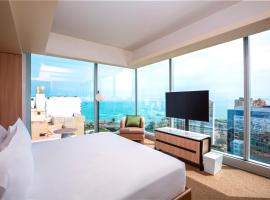 Located in Lima, 800 metres from Larcomar, Iberostar Selection Miraflores provides accommodation with a restaurant, free private parking, an outdoor swimming pool and a fitness centre. The food at the restaurant was excellent. The view of my room was beautiful to wake up to. The restaurant at 27 tapas was good. Everything was perfect for my week vacation. Manager Hotel did a Good Job, thanks for make my daughter and me feel so Good 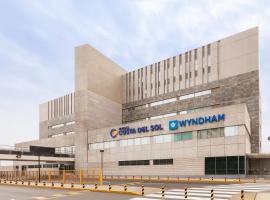 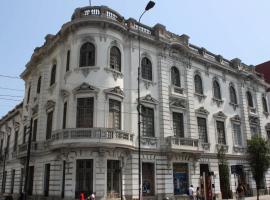 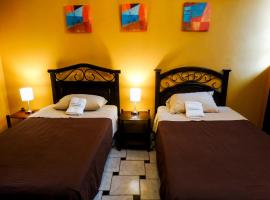 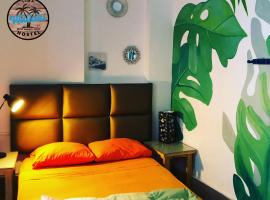 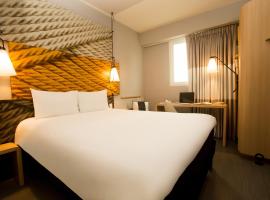 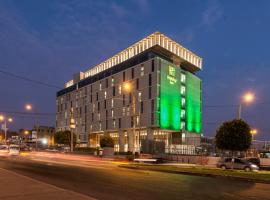 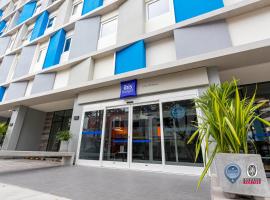 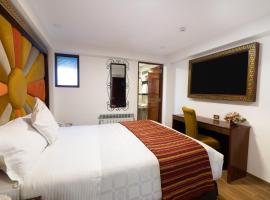